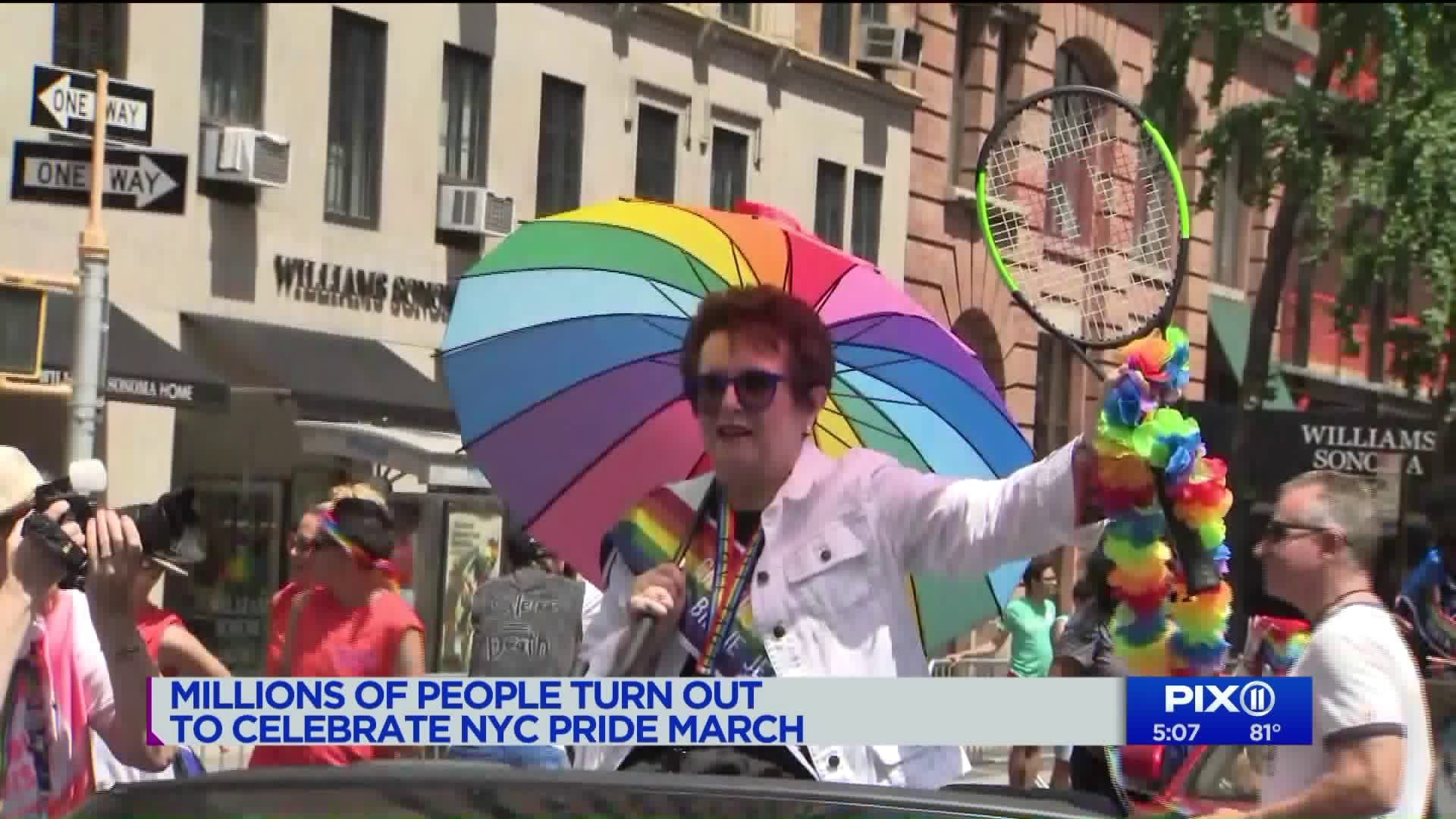 In one of the biggest turnouts, millions took part in the NYC Pride Parade festivities.

WEST VILLAGE, Manhattan — The NYC Pride Parade has wrapped up, but the party is just starting.

This year had one of the biggest turnouts, with thousands taking part in the festivities and about a million spectators viewing the parade.

Thousands in rainbow colors, glitter, high-heels and fun costumes marched through Greenwich Village and up Fifth Avenue for the annual NYC Pride Parade.

“The best part of the parade is being liberated. There’s no other feeling like it,” said one parade marcher.

Tennis legend Billie Jean King was one of the grand marshals.

“It makes me think about the future.”

Organizers say about 50,000 people marched and there were over a million spectators.