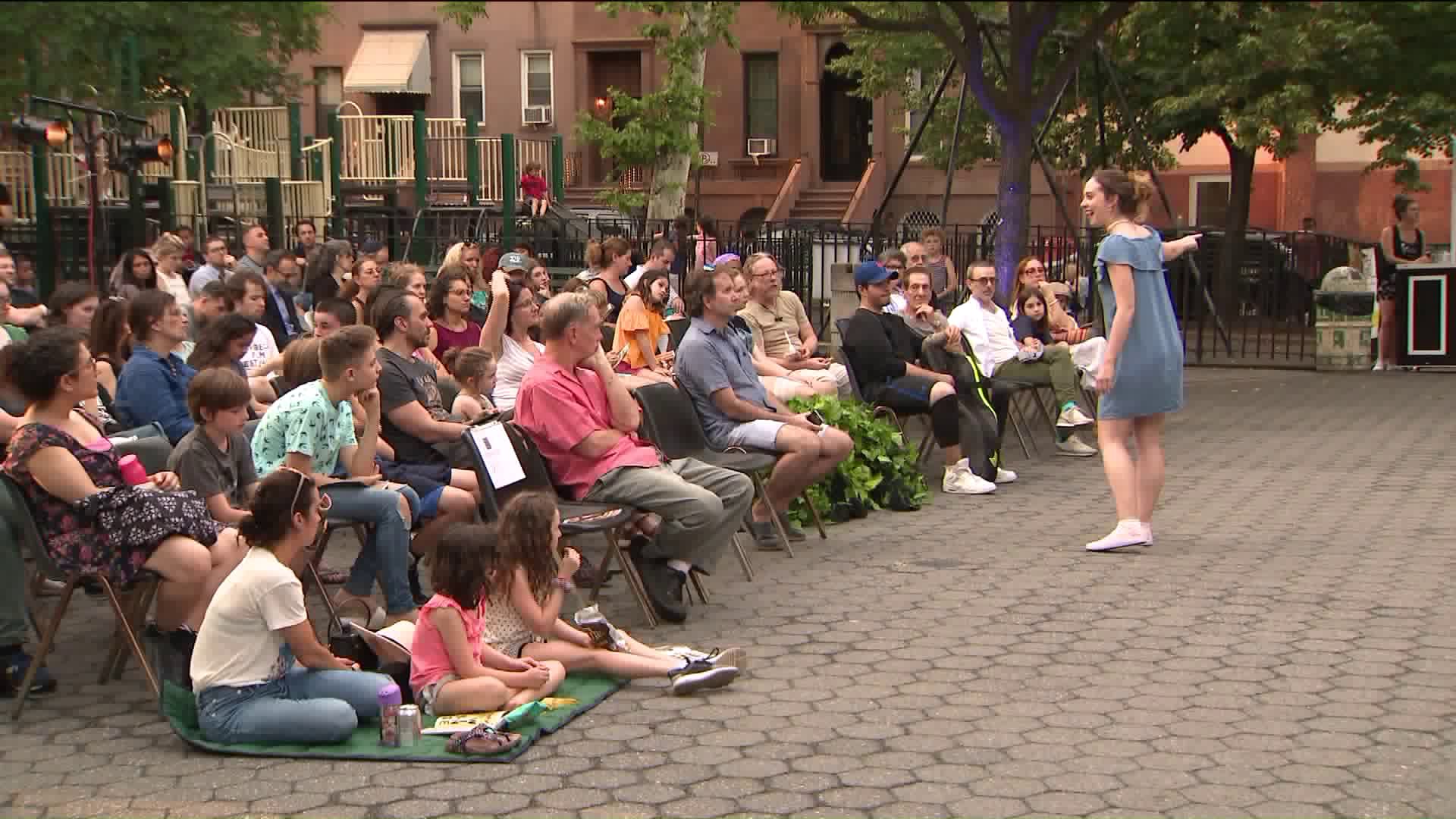 "A Midsummer Night`s Dream" runs through July 1 at the park and then it moves to Actors Fund from July 11-15.

Actors are presenting Shakespeare in a Brooklyn park.

"A Midsummer Night's Dream" will be performed in Carroll Park between Court and Smith Streets in Carroll Gardens, Brooklyn through July 1st on Wednesday through Thursday evenings at 7:30 p.m.

This is a modern production with New York City as a backdrop.

Smith Street Stage has been performing in Carroll Park for 9 years.

Actors Patrick Harvey and Shaun Bennet Fauntleroy spoke with PIX11 News Reporter Greg Mocker about performing in the park for the people and the pigeons.

Beth Ann Hopkins and Jonathan Hopkins are among the founding members of the company. The husband and wife team also live in the neighborhood.

The program is supported with some funding from the New York City Department of Cultural Affairs along with the City Council.