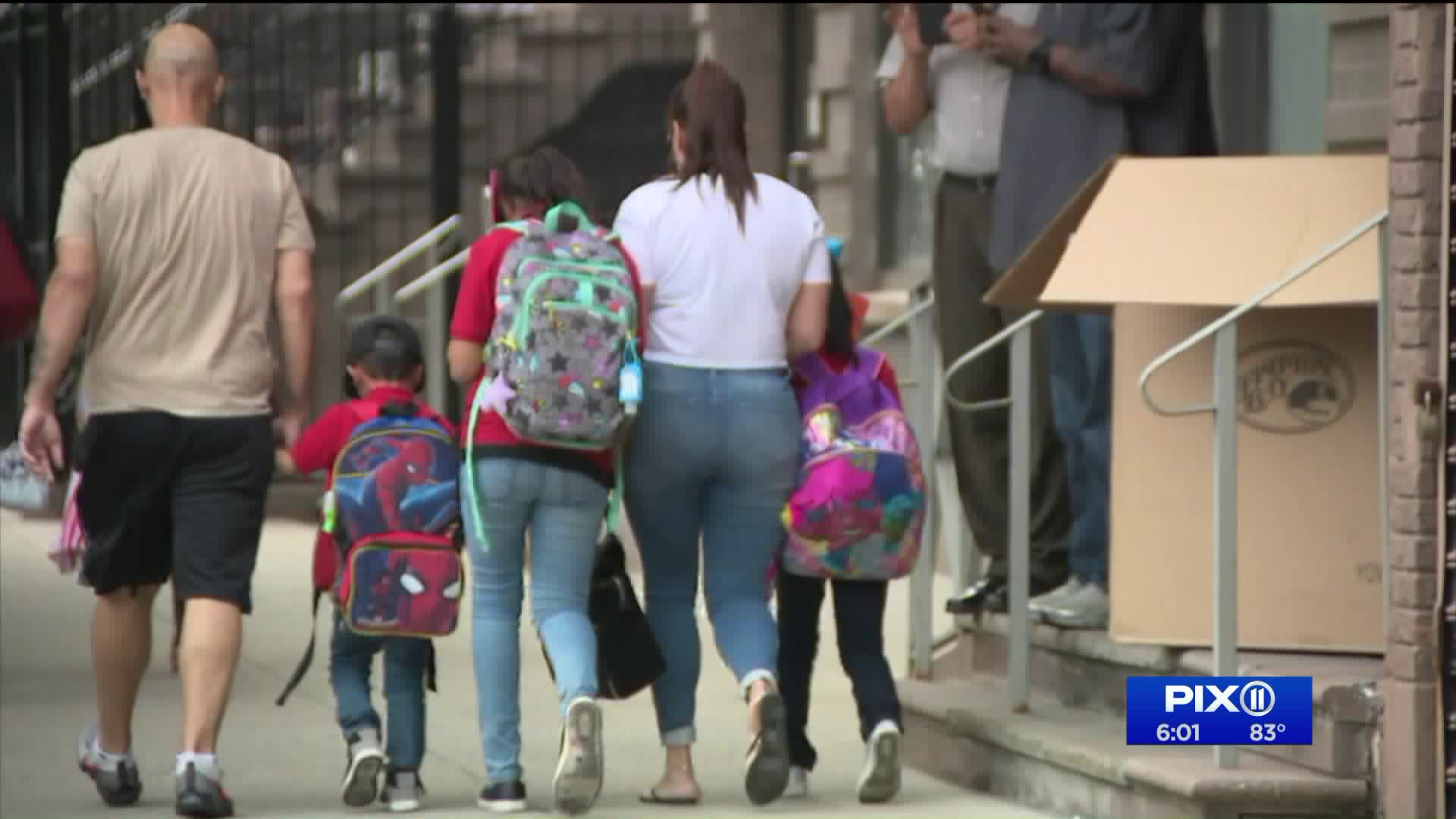 Federal authorities must provide information on the estimated 700 immigrant children sent to foster care agencies in New York state after being separated from their parents, Gov. Andrew Cuomo said Thursday as he continued to bash the Trump administration`s handling of the humanitarian crisis on the southern border. He said it`s his legal responsibility as governor of New York to ensure the children within the state`s borders receive proper care, whether or not they`re U.S. citizens.

EAST HARLEM, Manhattan — The day after President Donald Trump signed an executive order that struck down his policy of separating families, it's becoming more and more apparent that its effects will continue to resonate in New York, and could become much worse, according to both the mayor and the governor.

Both men spent Thursday trying to handle the growing situation of displaced children being sent to New York by federal authorities from the country's southern border. Meanwhile, the president, who is also from the state and the city the two other men represent, declared that the practice of separating families had come to an end. It was not clear that he's correct, or that making it end will be very easy.

Cuomo was reacting to information that his office has been able to glean from social service organizations. It shows that of the estimated 2,300 migrant children who've been separated from families who've tried to enter into the U.S. illegally or seeking asylum since Trump's family separation began last month, about 700 of them are in New York state.

One of the facilities in that network is the Cayuga Youth and Children's Center in East Harlem. At least 239 displaced children take classes and get meals at the center, at Park Avenue and 130th Street, during the day. The children are in foster care at night.

Three of those children, according to immigration attorney Jose Xavier Orochena, are separated from their mother, who is in federal detention in the desert southwest, after being seized at the border weeks ago. The three children are five, eight and ten years old.

He's tried to make contact with the children in an attempt to make a case for the family to be reunited.

"I just keep getting a dead end," he said.

Orochena said that the children have been able to speak with their mother by phone. She's being detained at a facility in Arizona. Her relatives in North Carolina contracted Orochena, who's based in the Bronx, and is himself the child of immigrants and is a U.S. Army veteran. He signed up for military service in response to 9/11.

He pointed out that the children he's fighting to get reunited with their mother are the lucky ones, despite their many disadvantages. They, at least, have a lawyer. So many other displaced children have no representation, and most know no English.

"That is the worst scenario," Orochena said. "If there's a family court hearing in which Mom Dad are not there because they've been deported," they may have to give up parental custody, he told PIX11 News.

In other words, some displaced children could end up not seeing their families again, according to Orochena and other immigration law authorities, including Obama Administration ICE director John Sandweg.

The likelihood of orphaning decreases if a parent makes bail, and if they can fight their illegal immigration status in U.S. courts, Orochena and others say.

It's apparently why one couple, Charlotte and Dave Willner, who'd sought to crowdsource $1,500 on Facebook in order to help pay for bail and legal representation for detainees, has now raised more than $17 million and counting. Thousands of people have chosen to invest in the Willner's chosen immigrant legal assistance charity, called RAICES. It also appears that those donors do not assume that President Trump's statements about his family separation policy are true.

"Keep illegal immigrants together," he said on Thursday, describing an order he'd issued federal agencies to carry out, "and to reunite these previously separated groups."

For a variety of legal reasons, in order to achieve the situation the president described, there's possibly a months-long legal process ahead, and the situation may not come about at all.

Noting that, protesters have been on hand at airports nationwide, including at Laguardia in New York, to send a message to airlines to not accept Trump Administration contracts to transport children separated from their families at the southern border. A group of airlines, including American, Frontier, Southwest and United, have informed the White House that they won't participate in any effort to fly children away from their parents.

Also on Thursday, First Lady Melania Trump made a last minute visit to a child holding facility in Texas. When she boarded the plane on departure, she was wearing a jacket that had emblazoned on its back, in large, white lettering, the phrase, "I Really Don't Care Do U?"

It was not an intended message, according to the first lady's office, but the optics were not the best, to say the least. Also, at the facility, her comments, while seemingly heartfelt, she read from a piece of paper.

"I want to ask how I can help to [let] these children reunite with their families," she said.

The answer to that question may be many months in the making. Meanwhile, New York's governor had a response on Thursday. The only way to stop family separation is for the president "to end his Zero Tolerance Policy," Cuomo said.

"And that's not what he's going to do," the governor added.