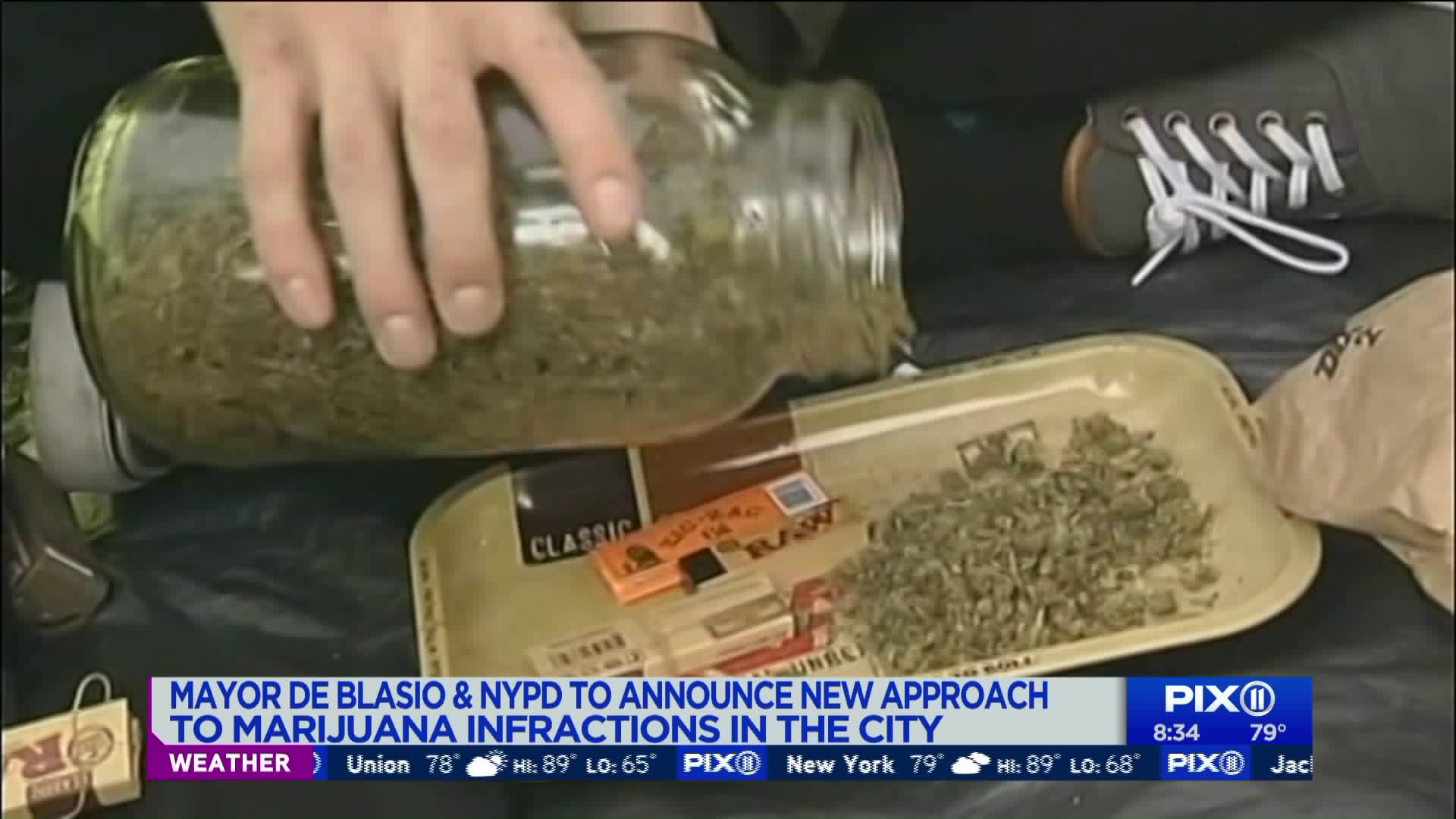 While the report has not yet been finalized, Health Commissioner Howard Zucker said its authors reached their conclusion after a thorough review of the legal, medical and social implications of legalization.

He has since softened his stance and ordered the legalization study earlier this year amid pressure from legalization supporters, including his Democratic primary opponent, "Sex and the City" star Cynthia Nixon.

Do not count on legal weed in the Big Apple just yet, however. Lawmakers are scheduled to adjourn for the year this week, suggesting it will be 2019 at the earliest before legalization is considered in Albany.

The growing list of states that have moved to legalize recreational marijuana use includes California, Colorado and two of New York's neighbors, Vermont and Massachusetts.

Several Democrats including Assembly Speaker Carl Heastie and Nixon have said any legalization effort in New York must be accompanied by proposals to expunge the criminal records of thousands of people arrested for possessing small amounts of the drug dating back decades.

Individuals on all sides of the marijuana debate said they wanted to hear more about what Cuomo's administration plans to propose.

John Coppola, the executive director of the New York Association of Alcoholism and Substance Abuse Providers said legalization must incorporate efforts to prevent underage abuse and educate the public about the risks of addiction and misuse.

"Their plan must incorporate all of the public health implications of legalization and how negative implications might be mitigated," he said.

Cuomo's political opponents dismissed the announcement as a diversion.

Zucker's remarks, announced shortly before his appearance, came on the same day as the start of a federal corruption trial of a former Cuomo economic development insider and that former Syracuse Mayor Stephanie Miner announced she would challenge Cuomo as an independent in November.

"There are serious questions to be answered about marijuana; they should be answered by serious people without a political agenda," said Katy Delgado, the spokeswoman for Republican gubernatorial candidate Marc Molinaro. "The only thing this governor cares about is his political career."

New York has a medical marijuana program allowing patients with certain qualifying conditions to use non-smokable forms of pot.

On Monday, Zucker said health officials were planning to expand the program to include anyone who has received a prescription for opioids.