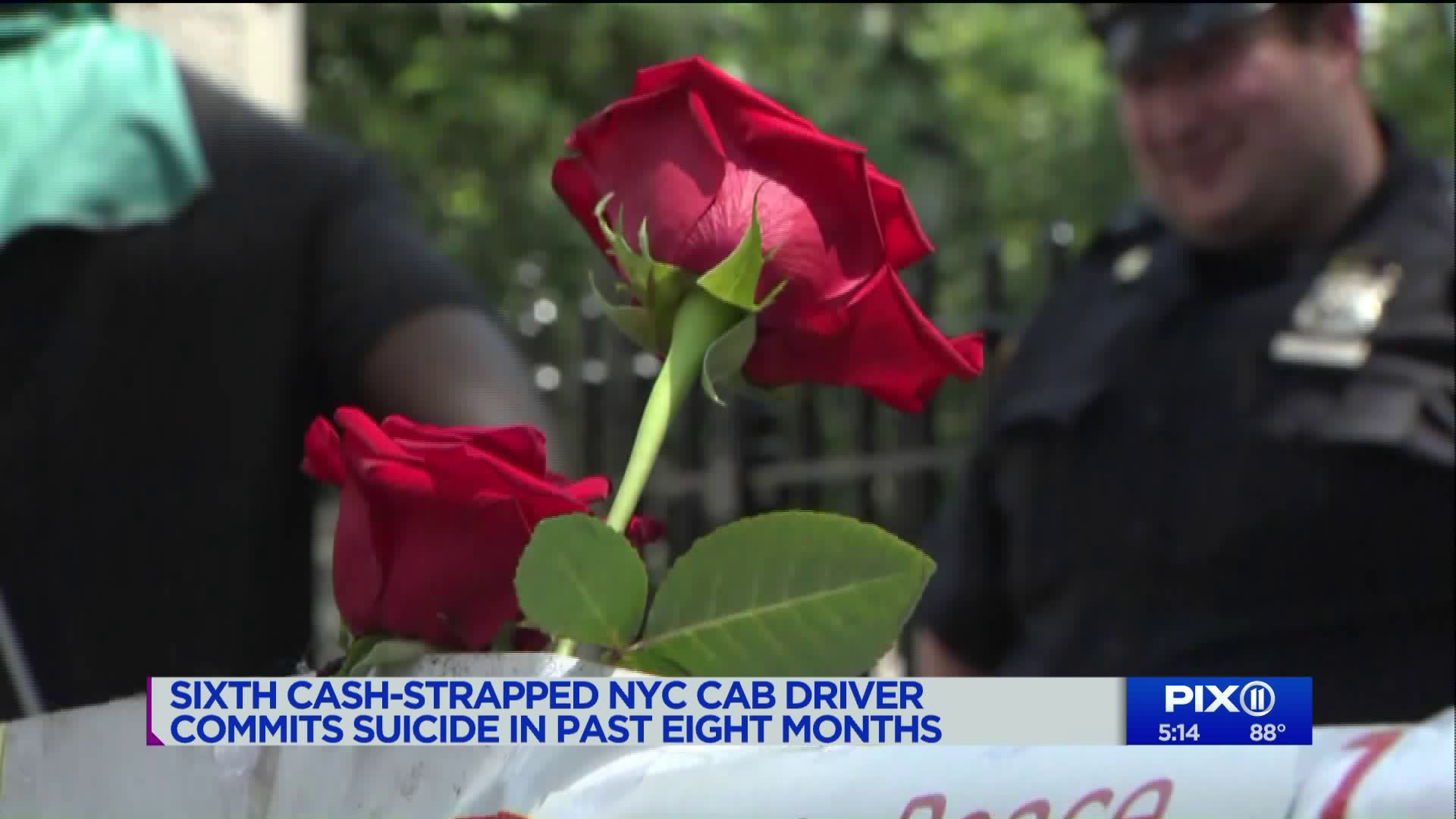 A 59-year-old cab driver committed suicide last week. This is the sixth cab driver suicide since November and many believe that it is because of the competitive market for hired drivers.

NEW YORK — Abdul Saleh was 59 years old when he took his own life last week.

He was the sixth cabbie to die by suicide since November and on Monday his fellow drivers and local politicians came together saying the deaths were unacceptable.

“We are living in one of the wealthiest cities across the globe. How is it possible that you have professional workers who have been driven to suicide because the poverty is so crushing and because there is such a sense of hopelessness because of political inaction?” said Bhairavi Desai, the executive director of NYC Taxi Workers Alliance.

Drivers that PIX11 News spoke to call it more than just a mental health crisis, but instead a financial one caused by what they're calling an unregulated industry.

Since the addition of Uber, Lyft and other similar business models, yellow cab drivers said they're making significantly less.

Add to that the burden of debt created by the lease or purchase of a taxi medallion, which at its peak went for more than $1 million. Today, those medallions sell for about $125,000 to $175,000.

Richard Chow, a yellow cab driver for 20 years, said his brother Kenny Chow killed himself over this issue because he was overwhelmed from a $700,000 loan on his medallion.

“Money is not important. Now life is more important than the money,” Chow said.

Rep. Adriano Espaillat (D-13th District) weighed in saying, "I am appalled that the entire city is looking at this like it is normal and nothing is happening. This is a crisis."

Espaillat has called for the resignation of TLC Commissioner Meera Joshi.

Joshi responded and said she has warned of this issue as far back as 2015.

Requests for placing a cap on the number of TLC licenses issued is the No. 1 call by many groups but it's a move Joshi said must be made the City Council.

“Here we are three years later. I testified then that I saw no end in sight and it's true. Nothing has gone the other way. There has been no evening off. I have full confidence you will see the city and council act in a place they weren’t able to get to,” Joshi said.

“Yet again my heart is broken for the family and friends of a New York City taxi driver. I wish to extend my deepest condolences to the family and friends of Abdul Saleh and all those in the industry grieving lost loved ones. The City Council is working to improve this tragic situation and to help end the financial hardship and despair that is hurting so many drivers. We will continue our efforts to try and find a legislative solution that will increase fairness, protect drivers, and fight congestion.”

The TLC said no driver should ever feel as though they should have no option but to end their lives. Joshi said there are counselors, financial help and planners who can assist anyone in trouble.