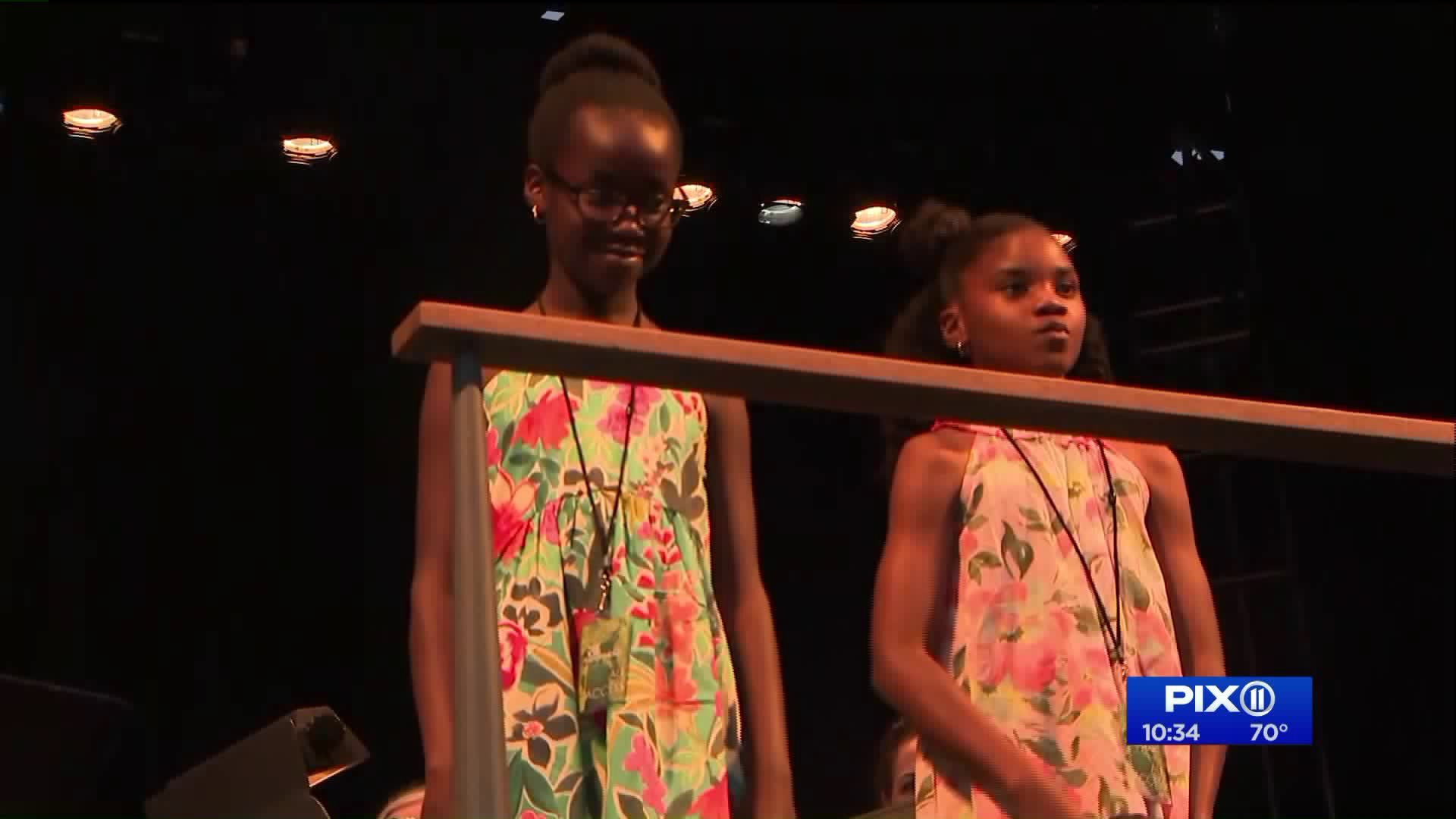 PROSPECT PARK — Can you imagine being just 11 years old and hearing the music you composed being played by the New York Philharmonic for a crowd of tens of thousands in Prospect Park?

The theme of their compositions is the Harlem Renaissance and their music is being played in all five borough this week as part of the Philharmonics free concert series in the parks.

Jordan Millar, from the Philharmonic stage, described what her piece, “boogie down uptown” is all about.

Both girls started studying music at PS 11 in Clinton Hill.

Her composition is called Harlem Shake.

“The Harlem Shake was a very popular dance,” Cowan said from the stage. “It’s very upbeat and lively and infuses thd sounds of Harlem and New Orkeans,” she added.

The very young composers initiative was started more than 20 years ago by Jon Deak, a bassist and composer himself, who just loves the creativity of young people ages 9 to 13.

“People ask me if I have found the next little Mozart and I say I have found a couple dozen of them in every country where we take the program,” Deak told PIX11.

With proud parents and friends and a crowd of close to 30,000, how do these girls deal with nerves?

“I get a little nervous, but overall I am excited,” Camryn told PIX11. “This is the New York Ohilharmonic playing my piece.”

If you’d like more information about the Very Young Composers Initiative, go to https://nyphil.org/education/learning-communities/very-young-composers