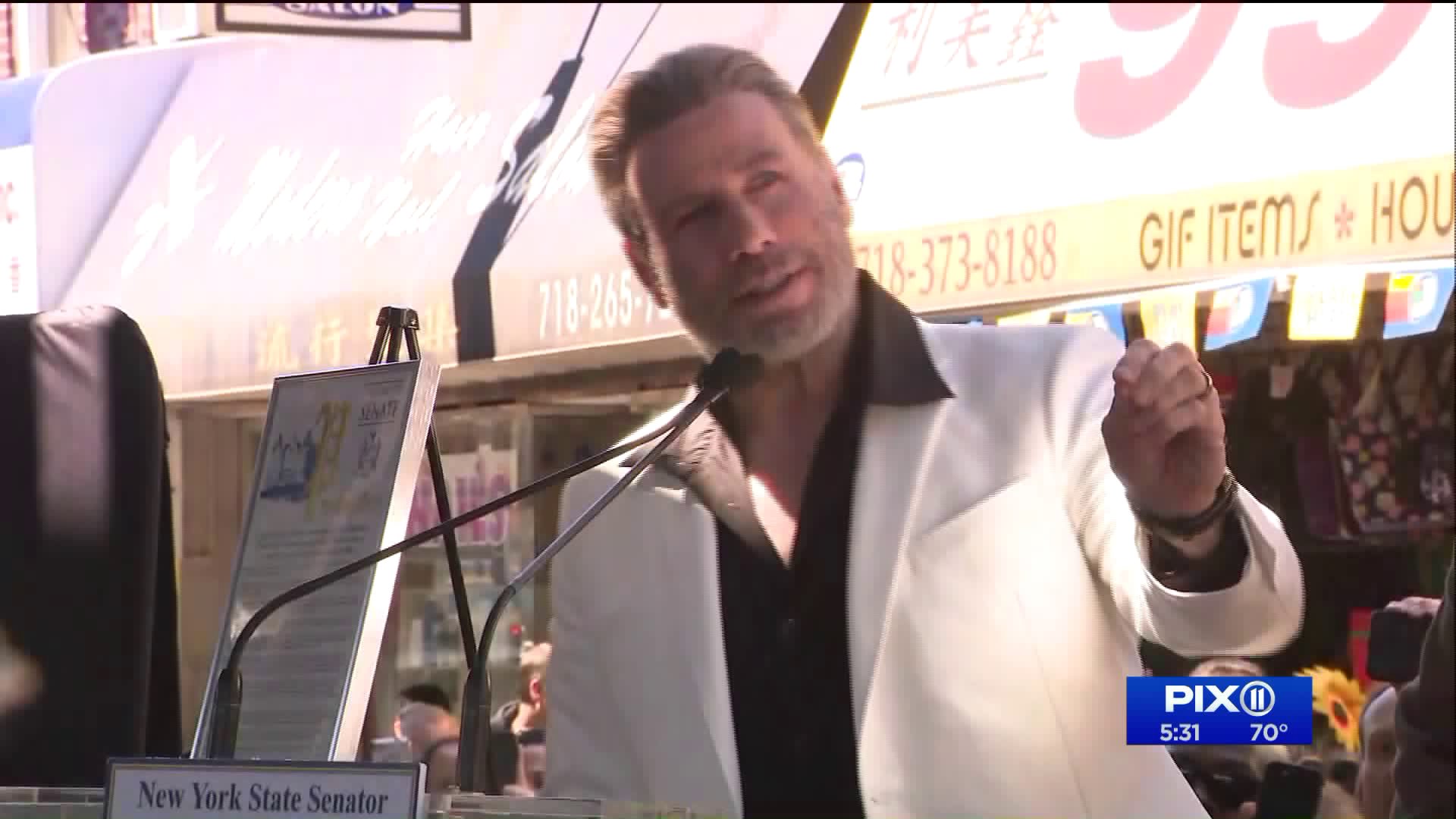 Actor John Travolta is being honored in a celebration at Lenny`s Pizza in Brooklyn. Travolta made Lenny`s Pizza famous in the 1977 blockbuster "Saturday Night Fever." 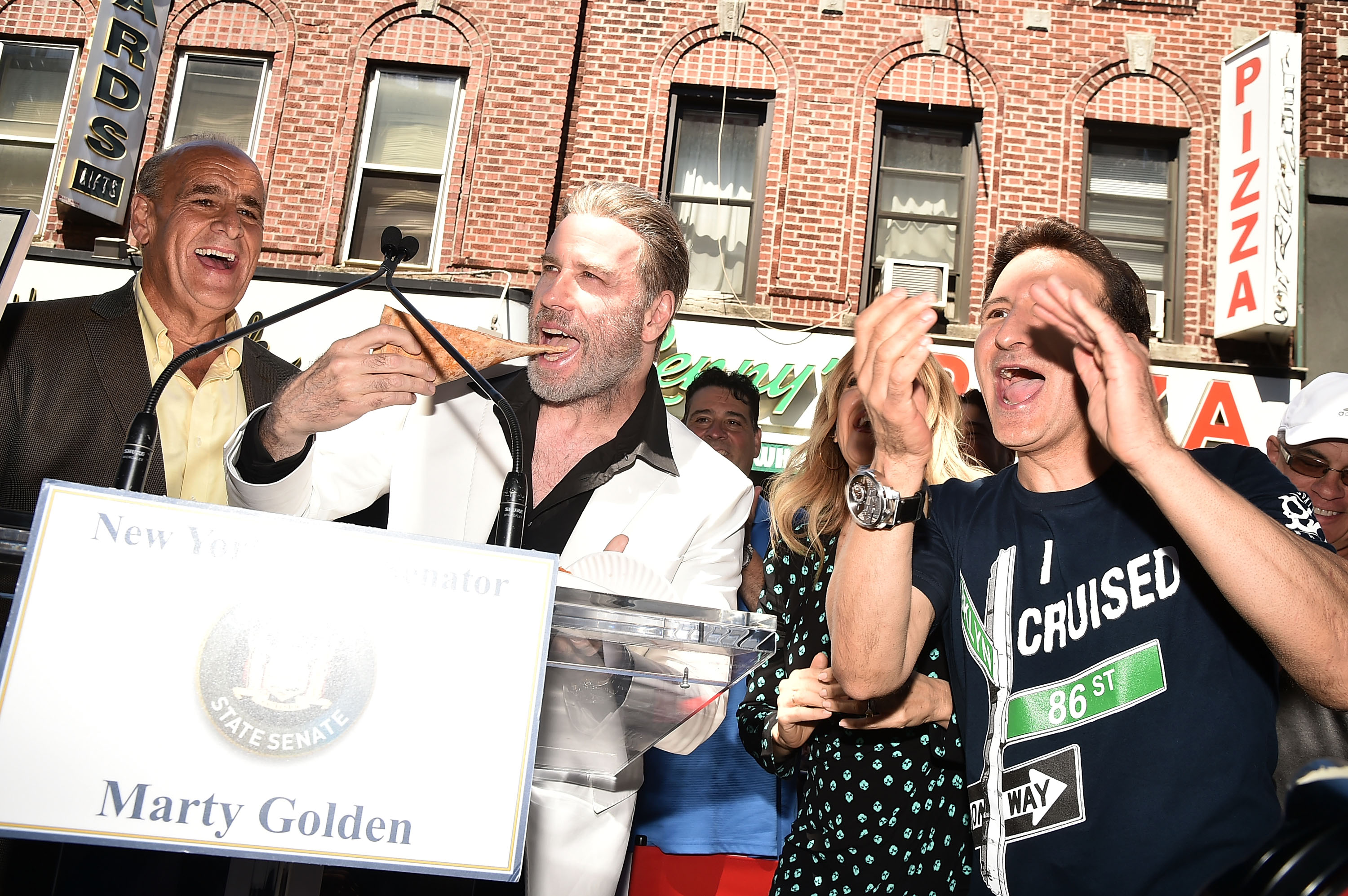 Actor John Travolta was honored in a celebration at Lenny's Pizza in Brooklyn Tuesday afternoon. Travolta made Lenny’s Pizza famous in the 1977 blockbuster "Saturday Night Fever" as character Tony Manero.

Thousands of people gathered outside on 86th St. to celebrate John Travolta Day in Brooklyn. He was joined by New York State Senator Marty Golden, as well as actors in his upcoming film "Gotti," including Brooklyn native Will DeMeo and Travolta's wife Kelly Preston.

Travolta, dressed in a  white suit, danced to disco classics and ate a slice of pizza. To honor the actor, Lenny's Pizza named the double-decker slice of pizza that he eats in the film in Travolta's honor.

Travolta has a lot to celebrate this month. "Gotti" comes out in theaters this Friday, and this week marks the 40th anniversary of the release of the movie "Grease."

Bensonhurst native Victor Simonelli came to the event with photos of himself and Travolta in the neighborhood back in the day.

Some fans were moved to tears by the chance to see their favorite actor in person.

"I'm so happy.  I finally get to see him," Emily Snyder said. "He's just such an amazing actor.  I loved him ever since I was 5-years-old. My first ever movie I watched was Grease."

The actor showed up more than an hour late as fans chanted "we want John" several times.  Despite some slight agitation, most said it was well worth the wait.

"It was worth every minute of it. I would have waited 10 hours," Maria Aletto said.  "I waited 40 years for this."

Even the actor was overwhelmed by the response.

"I'm so humbled, it's amazing," Travolta said as police escorted him through the crowds.  "I never expected this big a turnout, it was awesome."

Travolta co-star Willie Demeo, who grew up in Brooklyn, said seeing all the fans climbing pillars, hanging out windows and looking on from the subway transported him right back to his childhood.

"It's a day that brought me back to when I was younger because this is how it used to be," DeMeo said. "This moment in my life I'll never forget ever."