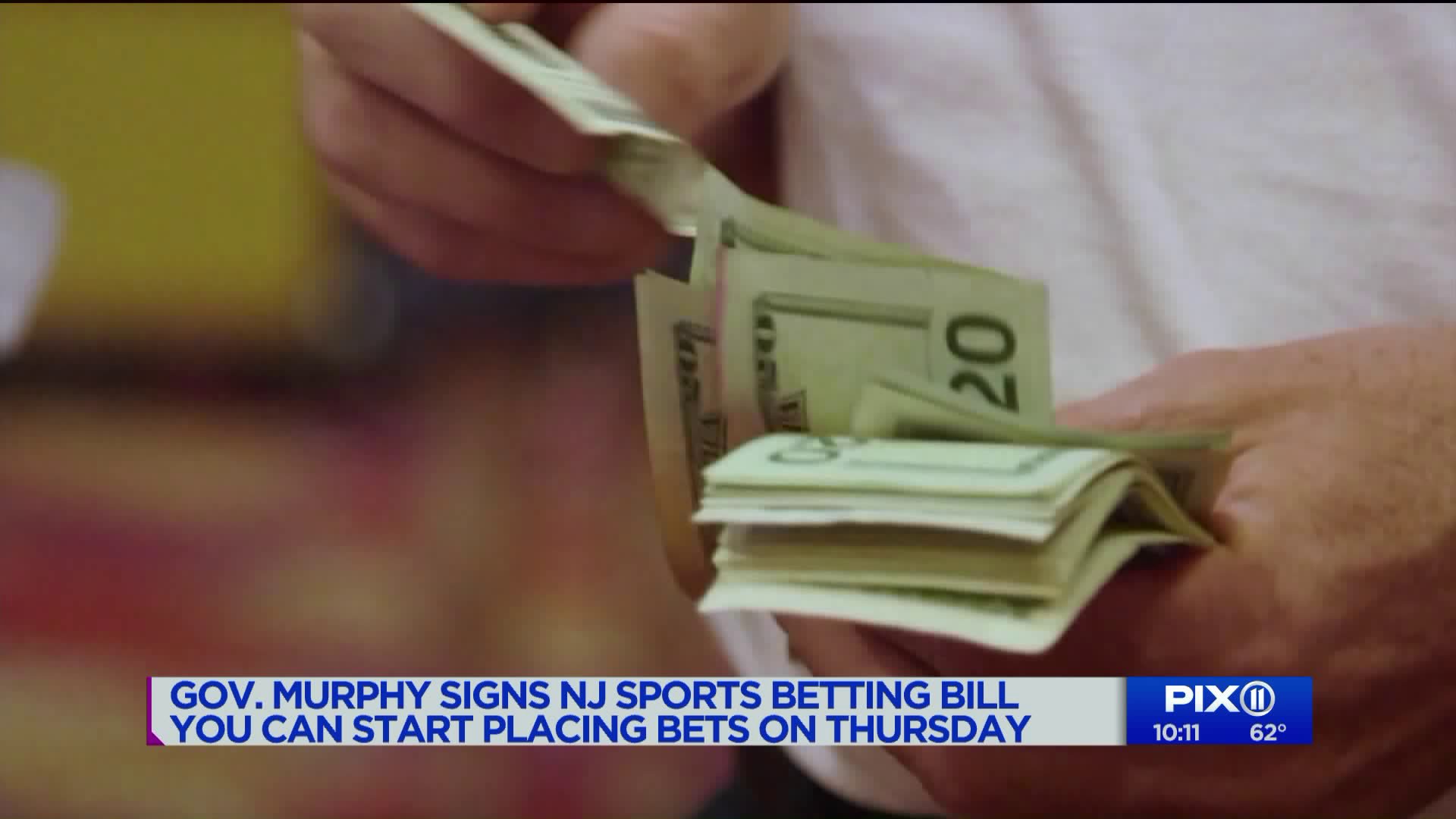 Gamblers in New Jersey will be able to start betting on sports by Thursday under legislation the governor signed Monday legalizing a pastime that has long lived in the shadows of organized crime and shady offshore operators.

“Today, we’re finally making the dream of legalized sports betting a reality for New Jersey,” said Governor Murphy. “I’m thrilled to sign Assembly Bill 4111 because it means that our casinos in Atlantic City and our racetracks throughout our state can attract new business and new fans, boosting their own long-term financial prospects. This is the right move for New Jersey and it will strengthen our economy.”

Three weeks ago, New Jersey prevailed in a Supreme Court case that struck down a federal law limiting sports betting to just four states. Now, any state is free to adopt laws legalizing it, and analysts expect most to do so. A report this week by Eilers & Krejcik Gaming predicted that only six of the 50 states will not have approved sports betting by 2023.

The bill allows Atlantic City casinos and racetracks including Monmouth, the Meadowlands and Freehold Raceway to offer sports betting. A provision also would allow it at the former Atlantic City Race Course if that facility were to reopen.

The bill set the tax rate for casinos at 8.5 percent, with an additional 1.25 percent payment to help market Atlantic City. The 1.25 percent add-on fee for tracks would be split among the host community and the county in which the track operates. Internet bets would be taxed at 13 percent.

Internet betting would begin 30 days after the rest of the law takes effect.

The measure also is full of clauses that would help at least four casinos offer sports betting even though they or their owners have ownership ties to professional sports teams. It would benefit the Borgata and three casinos owned by Caesars Entertainment.

The bill would ban casinos or executives who own professional sports teams from offering sports betting, theoretically counting out Borgata owner MGM because it also owns the WNBA’s Las Vegas Aces. But under a clause in the bill, MGM would be approved because the team generates less than 1 percent of its total annual revenue.

Joshua Harris owns the Philadelphia 76ers and the New Jersey Devils and would get in under a clause allowing those who own less than 10 percent of a casino or gambling company to participate in sports betting. Harris’ Apollo Global Management owns less than 10 percent of Caesars Entertainment, which in turn owns Harrah’s, Caesars and Bally’s.

Still on the bench would be the Golden Nugget. That casino is owned by Texas billionaire Tilman Fertitta, who also owns the NBA’s Houston Rockets. He could get a sports betting license provided he sells the basketball team within a year — something he has not shown any public interest in doing.