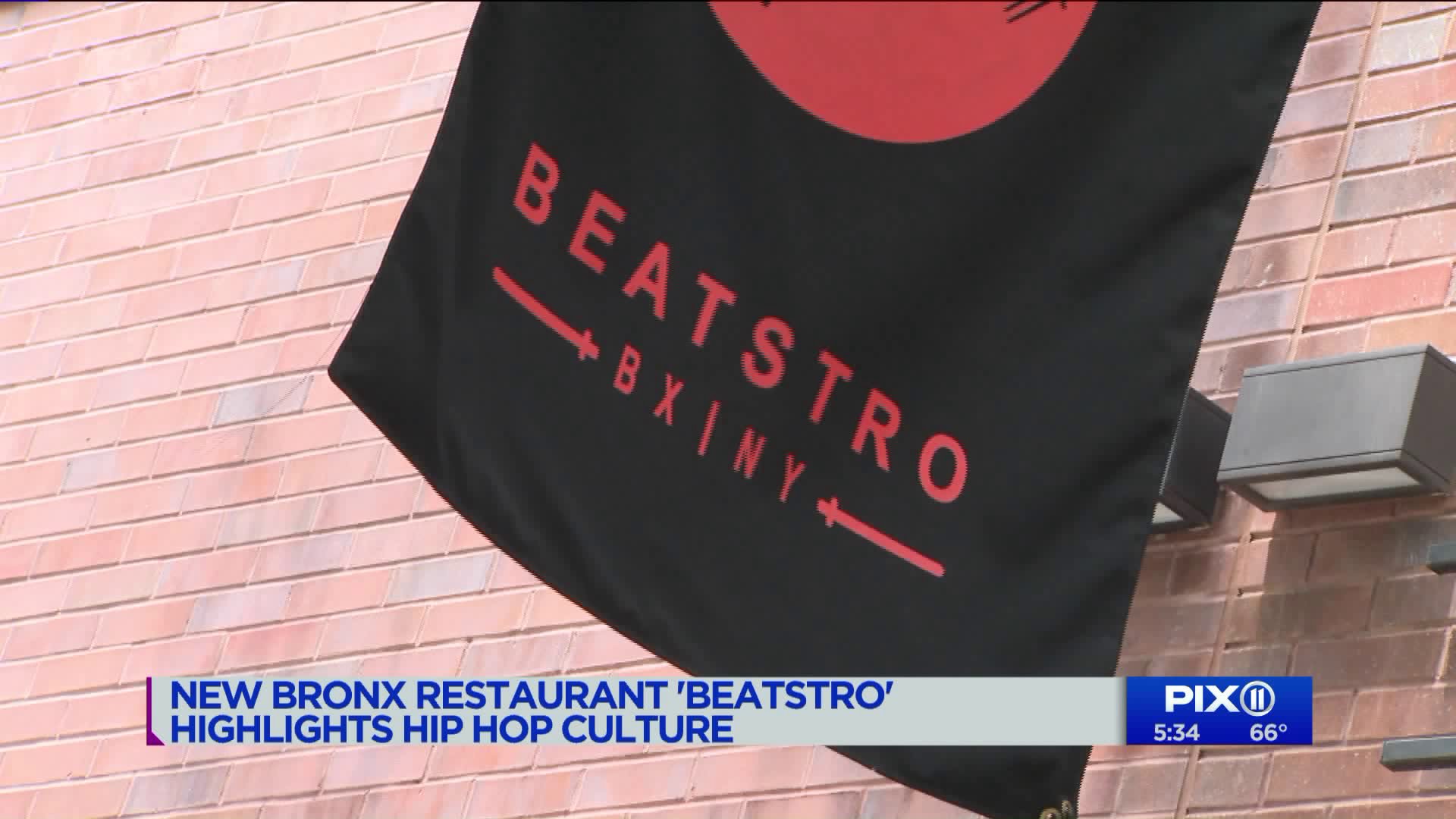 The featured graffiti in the new eatery are compliments of artist Andre Trenier. Outside of producing original artwork for Beatstro, Trenier recruited the help of other prominent graffiti artists to recreate their tags that once graced the New York City subway.

MOTT HAVEN, The Bronx — Amid the economic and social woes of the 1970s, the underground movement known as hip hop took flight in the Bronx.

It provided a much-needed escape to African-American and Latino youth in the borough and has since evolved into what’s recognized as the most popular music genre in the world.

It’s those origins that are now the driving force behind Beatstro – a new restaurant opening in Mott Haven along Alexander Avenue.

The Bronx native along with his business partner Junior Martinez, not only have deep ties to the culture but also to the community

“People who are from here know the culture that’s here, they know the institutional wealth and the people that are here,” Angueria said. “We had to stay here - this is where we need to build.”

From the moment patrons enter, they’re transported to an old school record shop. When they get passed the curtain, its where the party begins.

“There are four elements to hip hop - that’s the DJing, the emcee, breakdancing and the graffiti and when you get an opportunity to go around you’ll see we infused those elements with everything we have done there,” Angueria said.

The featured graffiti in the new eatery are compliments of artist Andre Trenier. Outside of producing original artwork for Beatstro, Trenier recruited the help of other prominent graffiti artists to recreate their tags that once graced the New York City subway.

“Being a person who grew up in the Bronx during the late 70s and early 80s, I wanted to capture some of that feeling and some of that energy that existed here at that point,” Trenier told PIX11 News.

From the staff to the furnishing – it’s all locally sourced.

With a menu that’ll feature a number of soul food favorites, the music will bring hip hop enthusiasts back to a time when lyrics were king.

If there’s one thing that Angueria wants to stress to would-be patrons, it’s to not let the fancy décor intimidate them.

“The dishes are price point for families to come, for you to come on a date to feel like you had a good time,” he explains, “to feel like you got something of quality and not feel like I was digging in your pocket.”

The Bronx and its culture will be on full display when Beatstro holds its grand opening come July 12.