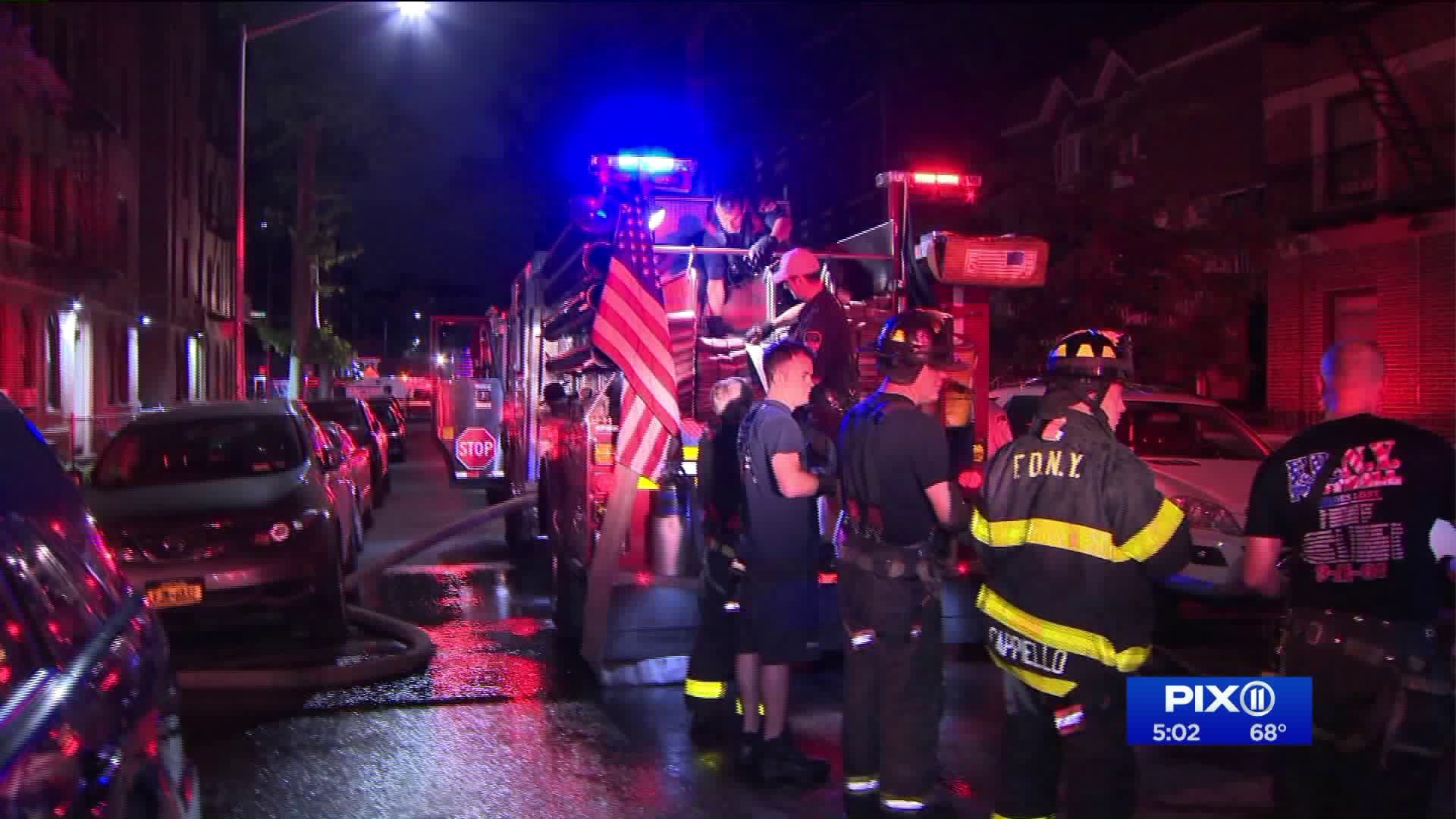 A fire broke out around 2 a.m. in a Brooklyn apartment killing two people. No other residents were reported injured.

DITMAS PARK, Brooklyn — A fire that killed a mother and her son in Brooklyn has been ruled accidental and is being blamed on a portable air conditioner that burst into flames, was dragged through their apartment and ditched in the hallway, FDNY Fire Marshals said Thursday.

Flames broke out at about 2 a.m. Wednesday on the top floor of a six-story apartment building on East 22nd Street near Ditmas Avenue.

Fire officials said the son, who was in his 30s, dragged the flaming air conditioner through the “cluttered” apartment — igniting more fires as the flames spread to the victims’ belongings — then ditched the air conditioner, still ablaze, in the hallway.

He then returned to the burning apartment where he and his mother waited while they called 911, officials said.

“The FDNY urges everyone to leave immediately if there is a fire in your home. Never try to fight a fire yourself,” officials said, adding that residents should create an escape plan and practice it.

“A lot of clutter from floor to ceiling, which made our operations extremely difficult,” Moro said at the scene.

Two firefighters were treated for injuries at the scene, officials said. No other residents were hurt.