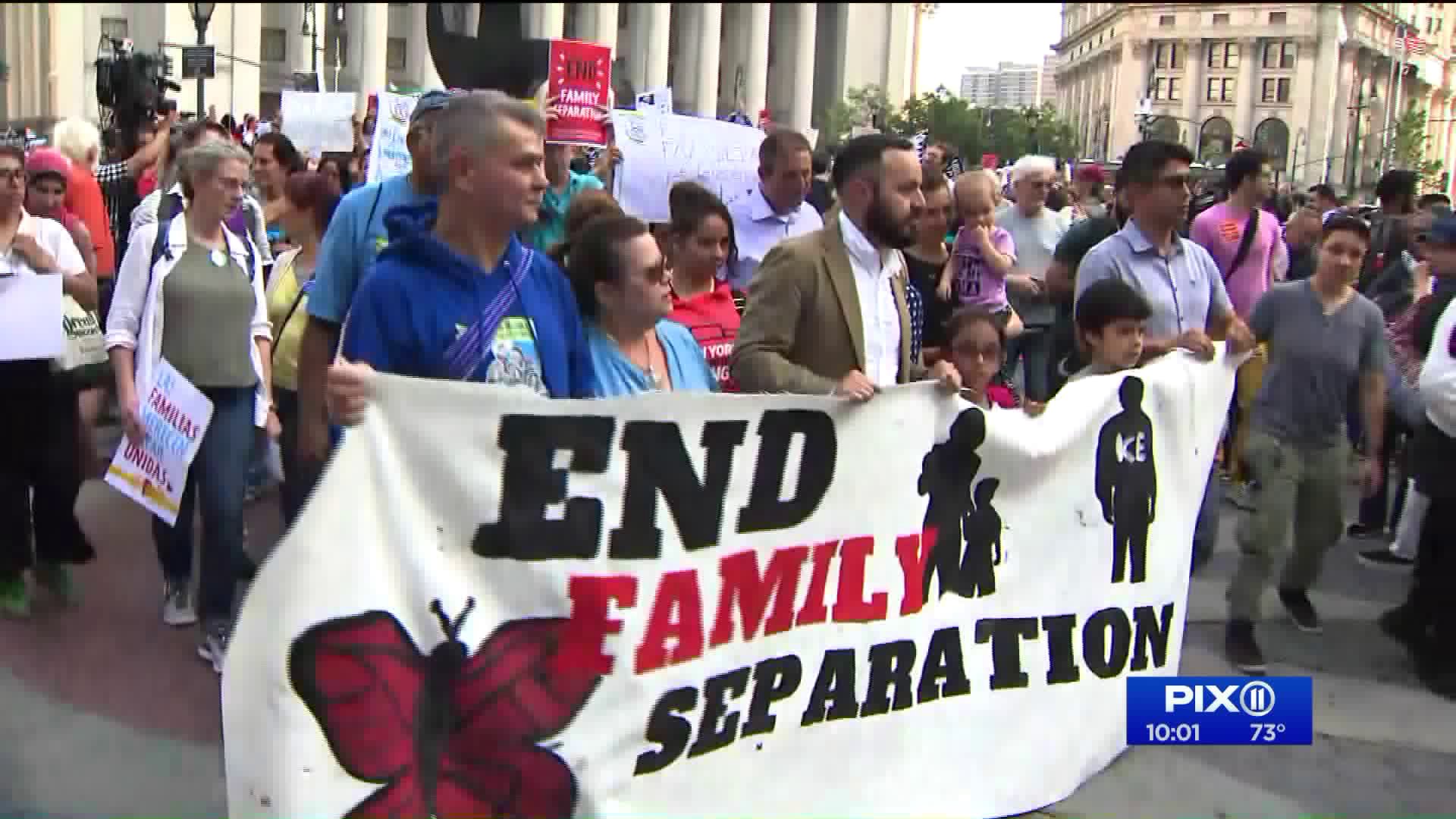 Hundreds of New Yorkers gathered in Lower Manhattan Friday night to rally against the Trump administration`s new policy of separating children from their parents when the family crosses the border illegally.

MANHATTAN — Hundreds of New Yorkers gathered in Lower Manhattan Friday night to rally against the Trump administration's new policy of separating children from their parents when the family crosses the border illegally.

According to Ana Maria Archila from the Center for Popular Democracy, "In the first two weeks of this policy, 700 children were taken away from families."

The large group started in Foley Square for a rally and then walked around the Department of Homeland Security's building multiple times.

This protest was one of many that happened Friday across the country as part of The National Day of Action for Children.

New Yorker Celine Keating said she found what is happening at the border deeply upsetting.

"I saw an email saying that there was an emergency protest and I felt so strongly about what's happening that I just had to leave work and come," she said.

There was a lone counter-protestor.

Trump supporter and Queens resident Jim MacDonald said, "It's part of a ploy to bring in the entire family. So I lack any sympathy for what they are saying."

PIX11 News reached out to U.S. Customs and Border Protection for a comment. As of Friday evening, they had not responded.