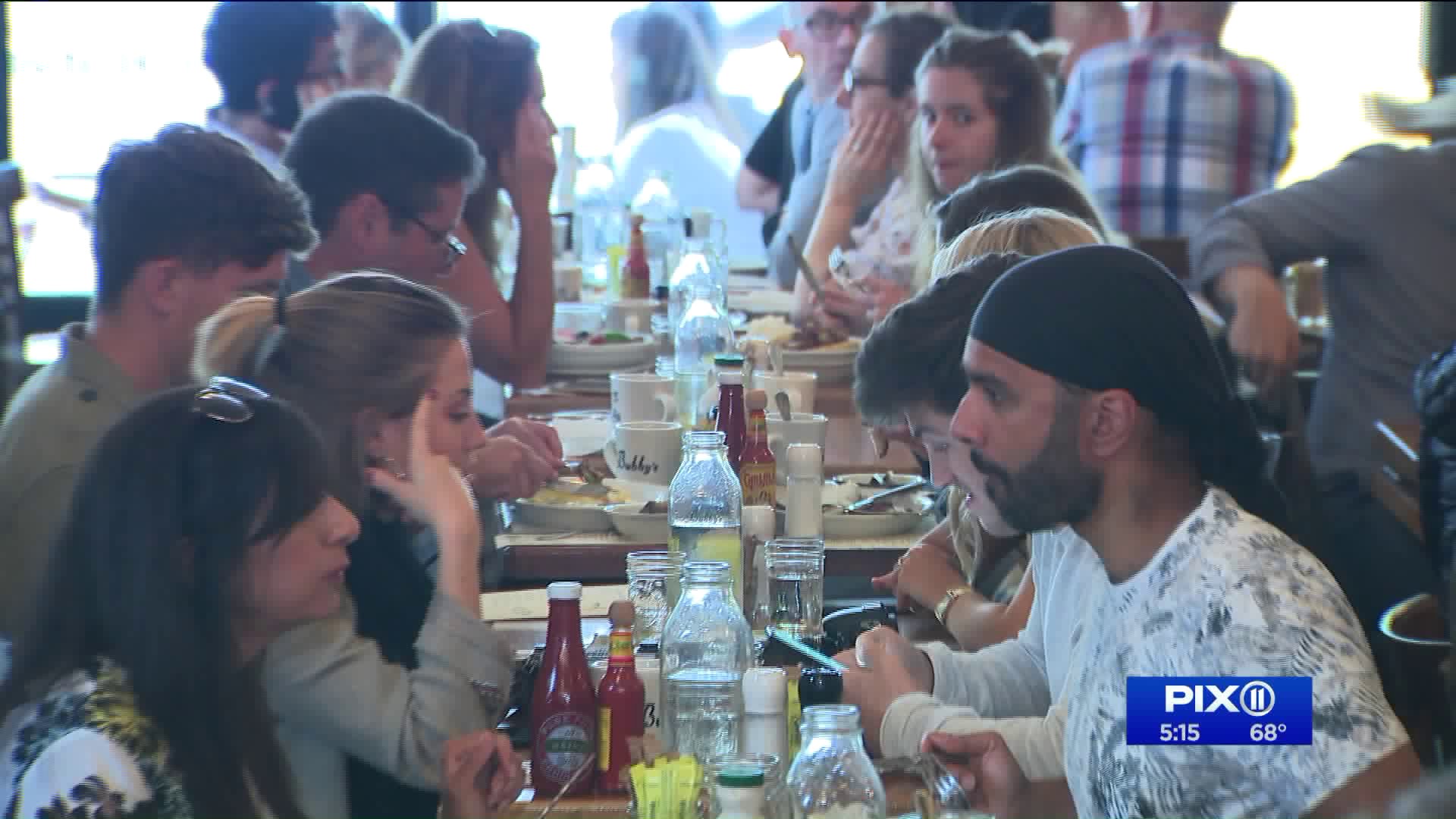 Ron Silver, the chef and owner of the popular brunch destinationBubby`sis branching out and incorporating the legal chemical compound in cannabis - CBD - into his menu. The eatery is infusing it into a line of syrups and sweeteners for coffee, tea and lemonade.

MANHATTAN – As the movement to legalize marijuana gains traction in New York state, a local chef is blazin’ a new trail.

Ron Silver, the chef and owner of the popular brunch destination Bubby’s is branching out and incorporating the legal chemical compound in cannabis - CBD - into his menu.

The eatery is infusing it into a line of syrups and sweeteners for coffee, tea and lemonade.

“The two go hand in hand,” Silver told PIX11, referring to how he went to serving brunch to now dabbling in the cannabis industry. “These businesses are very separate and they’re obviously approached in a very different way.”

Silver says he took a chef’s approach when developing the CBD-infused edible called “Azuca,"  which means sugar in Spanish.

After studying the science, Silver developed technology he calls “one-of-a-kind.”

“It’s a fast-acting edible. So that means normal edibles kick in within an hour to four hours, and our technology makes it kick in in 15 minutes,” he said. “It’s an exact controlled dose so if you want more or less, you can take that.”

CBD, unlike THC, does not make people feel stoned. Rather, the compound – according to users - offers medical benefits that reduce stress, inflammation and anxiety, among other things.

“It has a very calming effect, but you really don’t notice it,” Silver explained. “It’s not like it has a negative affect where you’ll be playing video games on your sofa all day.”

The long-term goal for Silver and his venture Azuca is to become a worldwide brand.

Even though his product line is limited to CBD products in New York, the company has ambitions to expand in states where THC is legal.

Azuca is currently on the menu at Bubby’s two locations in TriBeCa and the Meatpacking District. The sweetener will be available for purchase online this summer.