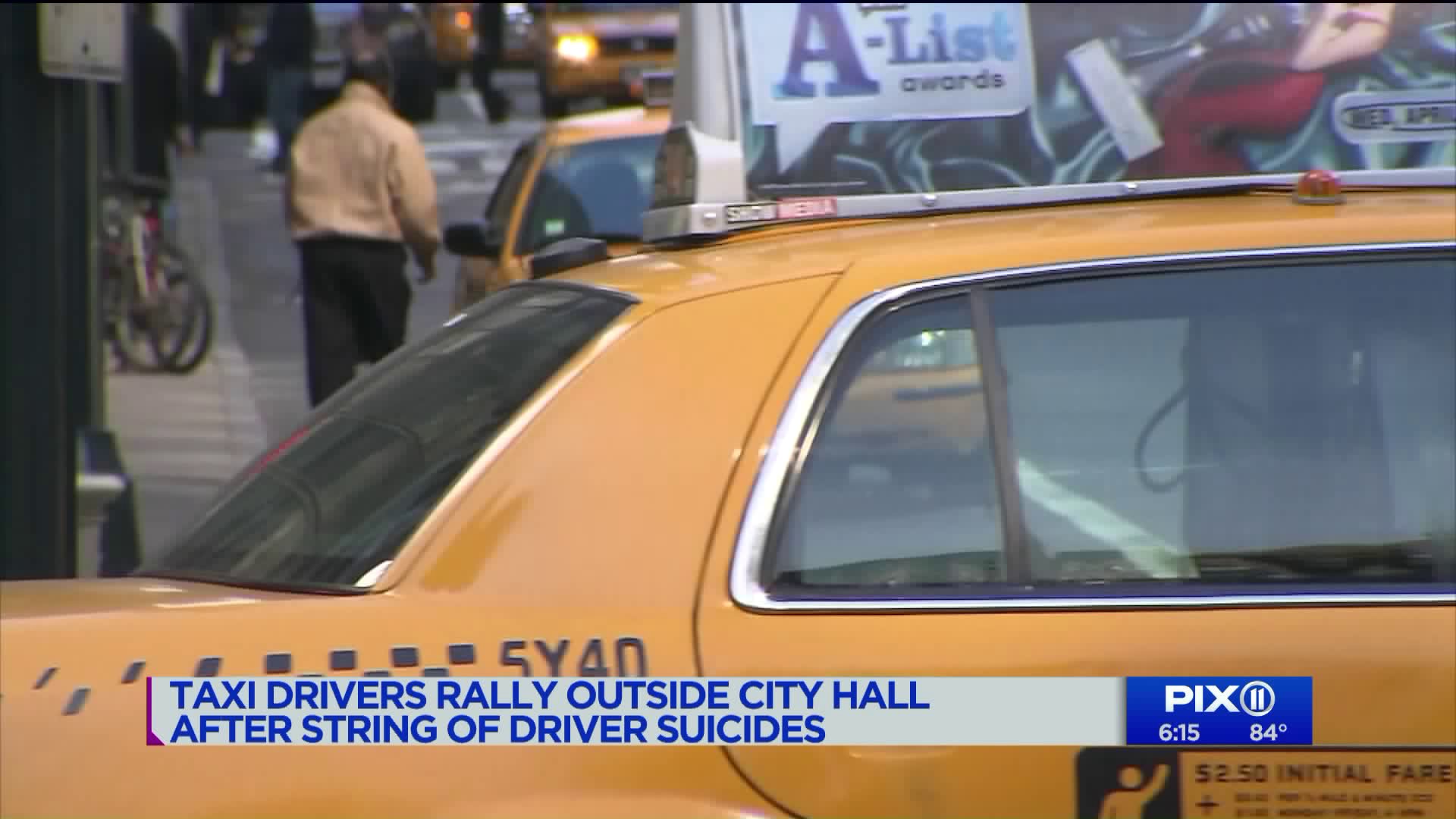 It`s becoming more difficult for taxi drivers to make a living and some say that stress has caused a string of suicides. Five drivers have killed themselves in recent months.

The rally came days after  a body pulled from the East River was identified as that of a cab driver who disappeared earlier this month amid financial concerns. His was the fifth taxi driver suicide in recent months.

Victor Salazar has been a cab driver since 1994, but told PIX11 things have changed in those years.

“Hope has been taken away from us," he said.

Taxi medallions are the licenses required to operate a yellow cab in New York City. The value of medallions have dropped dramatically in recent years with the rise of ride hailing apps including Uber and Lyft.

It's been upsetting for drivers, including Justin Chan.

"All the people here, they feel angry," he said.

The New York Taxi Workers Alliance is calling for the City Council to cap the number of for-hire vehicles, provide financial relief for struggling yellow cab owners and raise fare rates so that cab owners can earn a living fare.