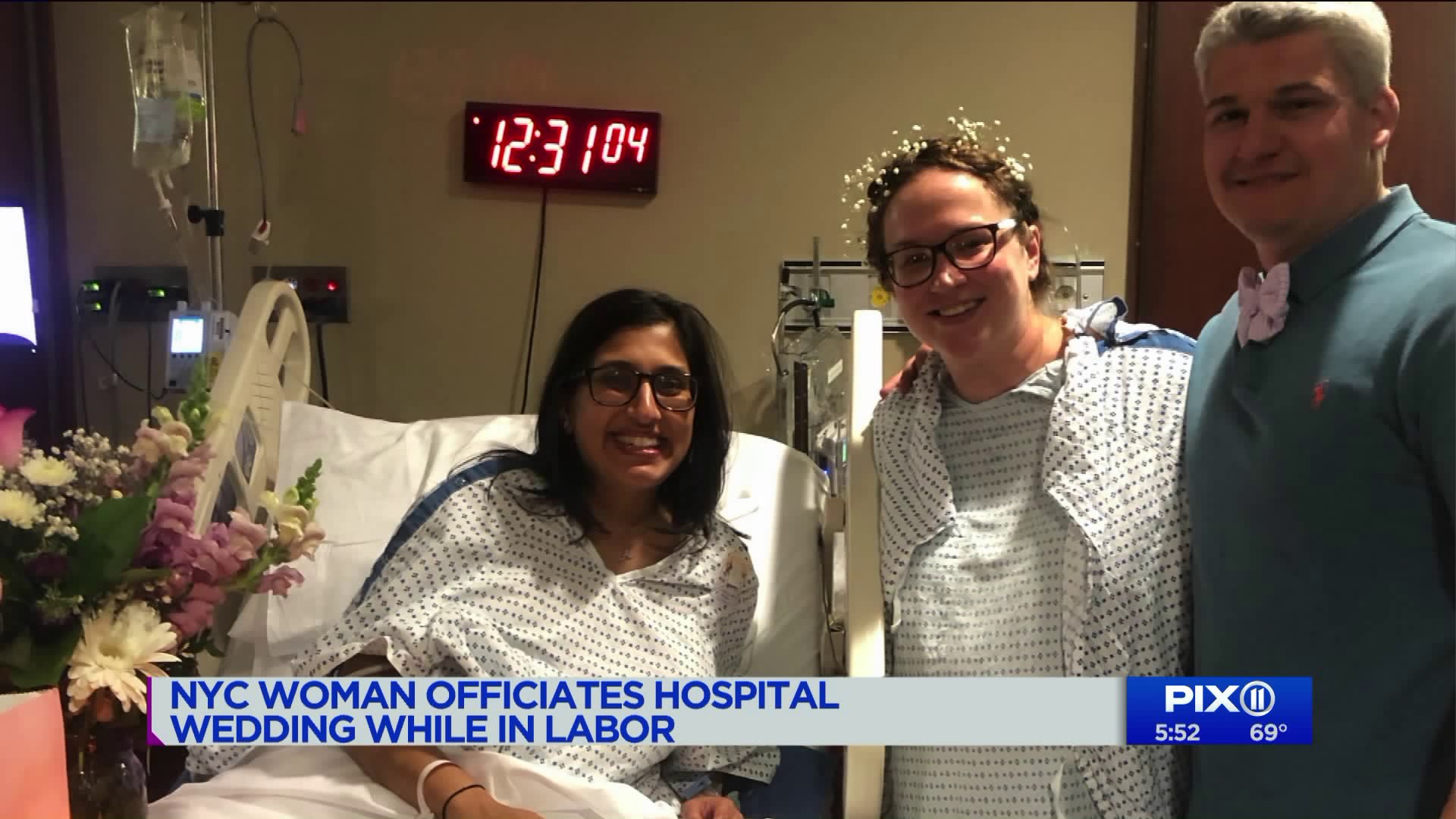 Queens couple Brianna and Casey Walko planned to get married before they welcomed their first born and, with a due date of June 2, they thought they had plenty of time.

Everything changed on May 15.

“He was in the shower and I just walked in and said 'I think my water broke,'” Walko  said.

So she and her fiancee needed to move up the wedding. Nobody could find the chaplain because it was the middle of the night, but Dwivedi, who's licensed to wed people, was able to step in.

"I was about to bring life into the world and I’ll be damned if this kid didn’t learn that when given the option, he should always choose love. It takes so little to do something kind for someone else," Dwivedi said. "So, a little after midnight, a little loopy, I officiated a wedding in the middle of my hospital room for a beautiful couple before they had their own child and I had mine."

Hospital staff at New York Presbyterian Weill-Cornell Medical Center turned the wedding into a celebration with flowers, a processional and a reading.One of the nurses wrote a poem.

“All of a sudden, the nurses rushed into our room,” Walko said, describing how everything came together. “One starts braiding my hair, getting me ready for my wedding, another puts a bow tie on him made from a baby’s hat.”

Dwivedil said a few words before pronouncing the pair husband and wife. The only thing this wedding was missing was that “something new” - which ultimately came hours later.

About four hours later, Dwivedi had her son. Walko and her new husband had their baby girl several hours later.

"Seven lbs, 6 oz, 21 inches, head full of hair, first life lesson already enforced," she said in a post to Facebook. "I don’t think it will ever get better than this."

Dwivedi was ordained in 2014 and in the years since, had performed "a grand total of zero" weddings. She'd become interested after realizing how difficult it might be for LGBTQ Desi couples to find someone to marry them. Now she runs the Purple Pundit Project, through which she offers her wedding officiation services as a side project.

No one ever reached out to her, so Walko's was the first wedding she'd done.

Dwivedi and Walko, who named her baby girl Riley, have stayed in touch since they connected in the hospital.

EDITOR'S NOTE: This story has been updated to include an interview with Brianna Walko.