Community activists arrested while protesting the sale of K2 in Brooklyn 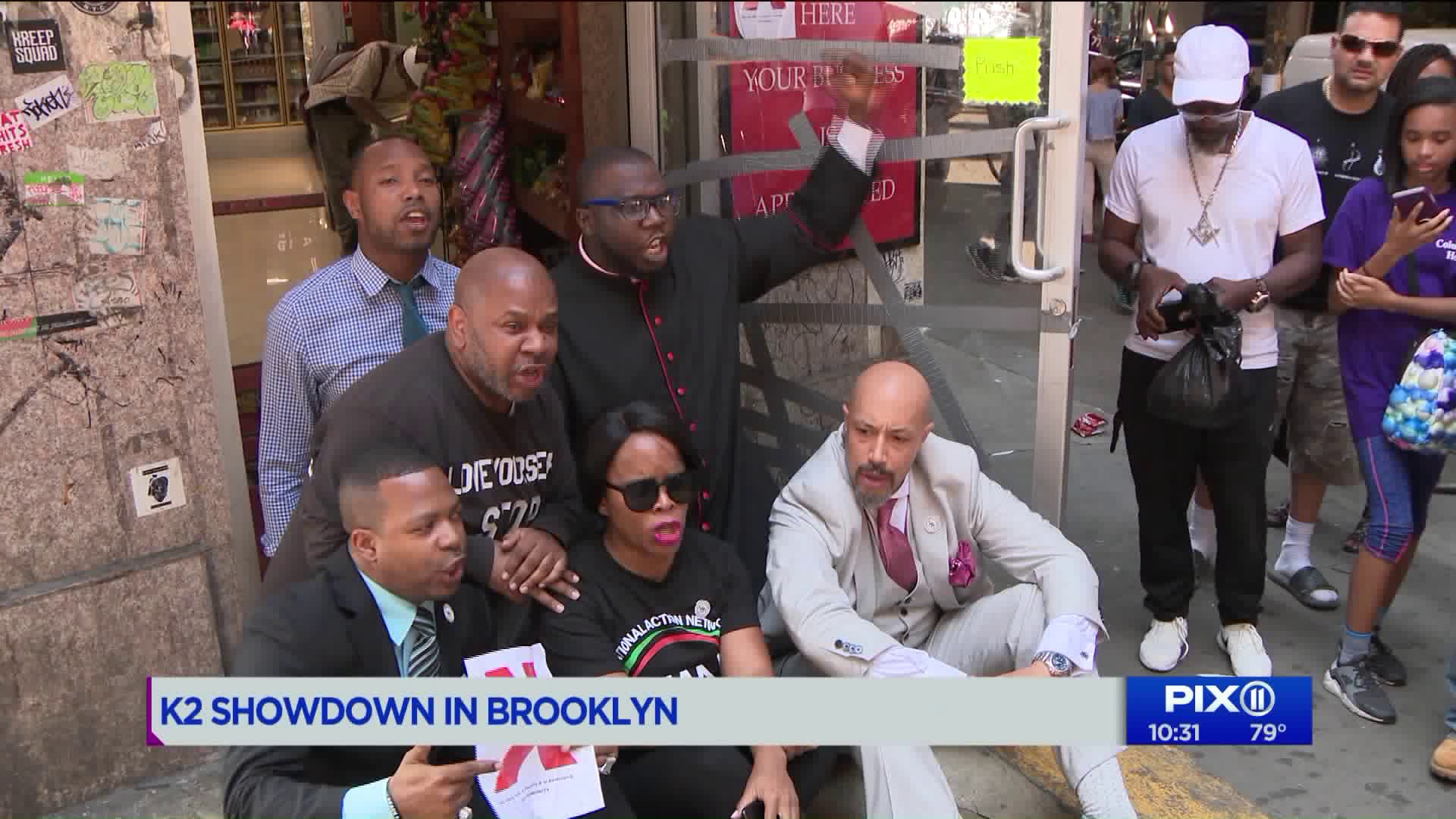 Several community activists from the National Action Network were arrested Friday afternoon during a protest of places suspected of selling K2 in Brooklyn.

BEDSTUY, Brooklyn — Several community activists from the National Action Network were arrested Friday afternoon during a protest of places suspected of selling K2 in Brooklyn.

They sat in front of the Big Boy Deli at the corner of Broadway and Myrtle Avenue in Brooklyn and refused to move.

BREAKING: National Action Network leadership & members arrested in NYC for protesting the sale of K2 and the dozens of overdoses in Brooklyn. NAN equates the proliferation of K2 and disregard for its impact in communities of color to the crack epidemic of the 1980s. #K2Kills pic.twitter.com/oBsUnQAT5A

The Big Boy Deli has been accused of selling K2 in the past, however an employee told PIX11 Friday, the police searched their shop and no K2 was found.

Dozens of K2 overdoses have been reported near the intersection of Broadway and Myrtle in the last week.

Police have made over 28 K2-related arrests in the area over the past few days.