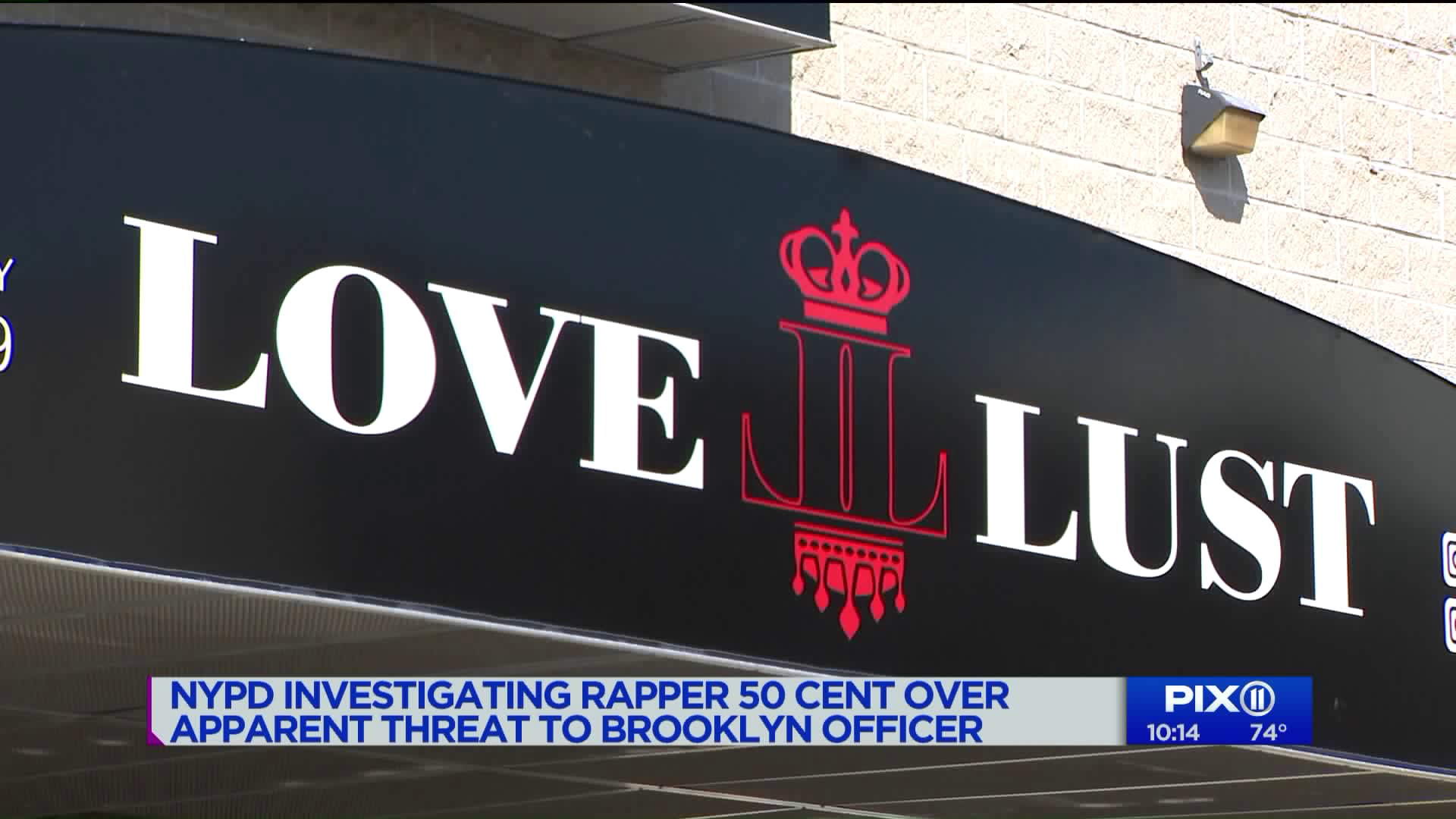 "Get the strap" which is street slang for "get the gun" 50 Cent wrote on the post Wednesday, apparently referring toDeputy Inspector Emmanual Gonzalez, of the 72nd Precinct in Sunset Park, Brooklyn, who is accused of shaking down the hip-hop club Love & Lust.

SUNSET PARK, Brooklyn — Rapper 50 Cent is being investigated by the NYPD after he allegedly threatened an NYPD police officer in an Instagram post, officials confirmed to PIX11 News.

"Get the strap" — which is street slang for "get the gun" — 50 Cent wrote on the post Wednesday, apparently referring to Deputy Inspector Emmanual Gonzalez, of the 72nd Precinct in Sunset Park, Brooklyn, who is accused of shaking down the hip-hop club Love & Lust.

"They trying to shut him down," the rapper continued in the post, talking about owner of the club, Imran Jairam, who has filed a $125 million lawsuit against the NYPD claiming Gonzalez targeted his club in order to squeeze him for perks.

The rapper, who is a frequent patron of the club, has since deleted the post.

Jairam alleges he's being shaken down by Gonzalez and claims the commanding officer tried to get him to give him perks, like free plane tickets to Puerto Rico and a generator for someone on the island after it was hit by Hurricane Maria.

“They’re sending the police over here harassing the customers — I have pictures of the police just frisking people," said Eric Sanders, attorney for Jairam. “If you look at the notice of claim, I have a text message — in there you can clearly see he’s asking for a generator and that’s either his friend or friend of the family, but either way it’s inappropriate. You don't do that as a police officer — police officers can’t accept gifts. They can’t ask for gifts.”

Jairam said he did not comply with the alleged demands.

“They're a legitimate business," Sanders said of the club. "They're good neighbors and we just want to operate a business lawfully which has been done and let them earn their money — and people come here, have a good time, that’s all we want.”

PIX11 has reached to the reps of 50 Cent, whose real name is Curtis Jackson, and received the following statement:

"Months ago, Curtis “50 Cent” Jackson filed to trademark the phrase "Get The Strap" a slogan he has been posting across all of his social media platforms. It is posted in connection with photographs and videos, including many featuring just him or things he is promoting. Taken in its proper context, the specific post in question was neither intended as, nor could reasonably be interpreted as a threat or call to violence against anyone. So the record is clear, Mr. Jackson does not condone or promote the use of violence against anyone.‎ "Get The Strap" is a playful phrase used by Mr. Jackson to punctuate absurd and outrageous situations."

PIX11 reached out to the City Law Department and they responded, "We decline to comment."