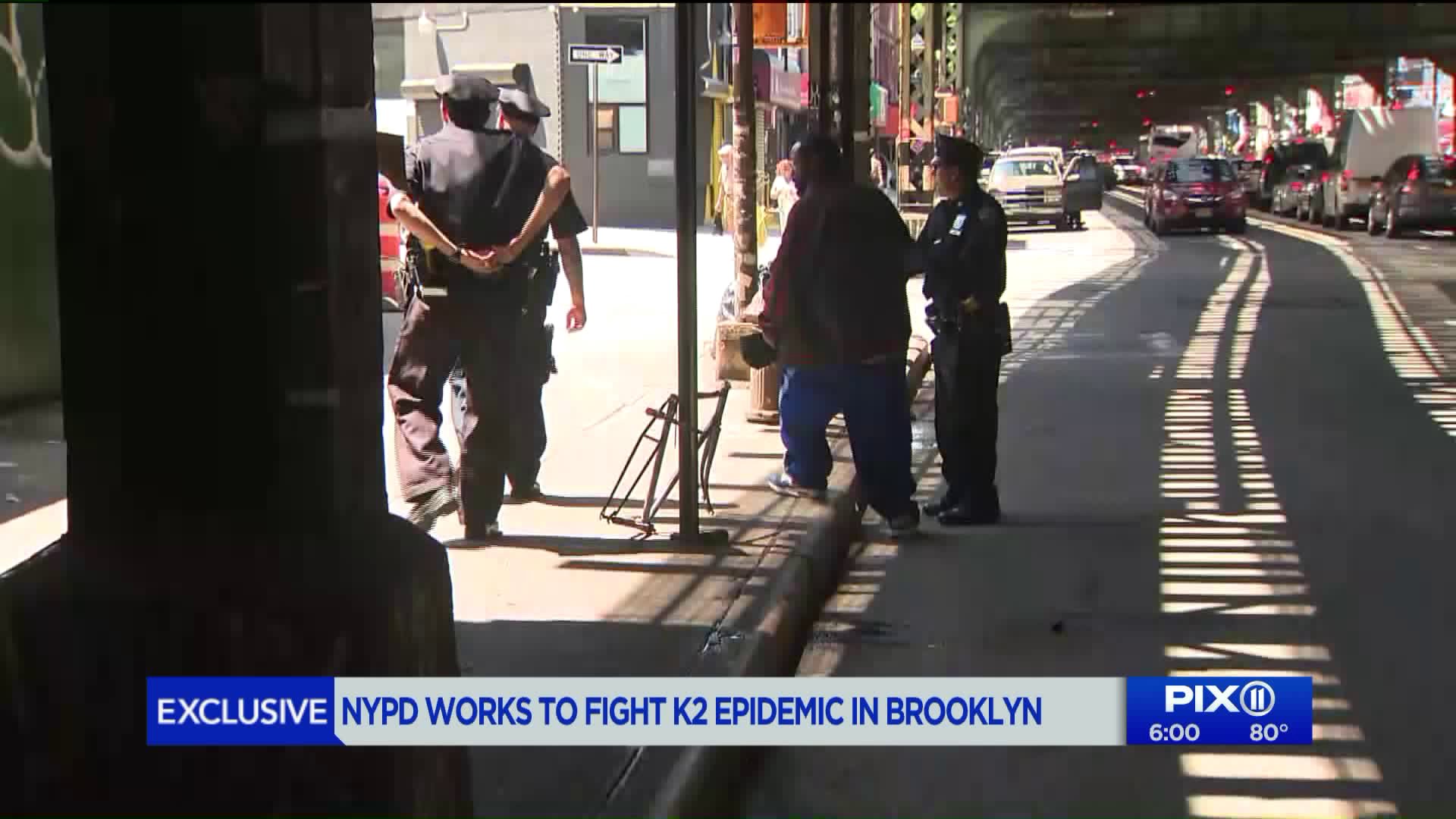 In the past 3 days, police say there have been 28 K2-related arrests.

Then New York City Health Department has detected more than 84 emergency department visits related to K2 since May 19. Many of the cases were clustered near the Broadway and Myrtle Avenue intersection.

A PIX11 camera crew was also there as police officers spoke with another man, he was carrying K2.

NYPD Assistant Chief Jeffrey Maddrey told PIX11 uniform and undercover officers have been working tirelessly to combat the spike in K2 overdoeses, “It’s tough but the main thing right now is that we are going to have a high police presence in the area,” he said.

Assistant Chief Maddrey explained, “they are out here patrolling the area trying to see where this product is coming from so we can arrest the people responsible.”