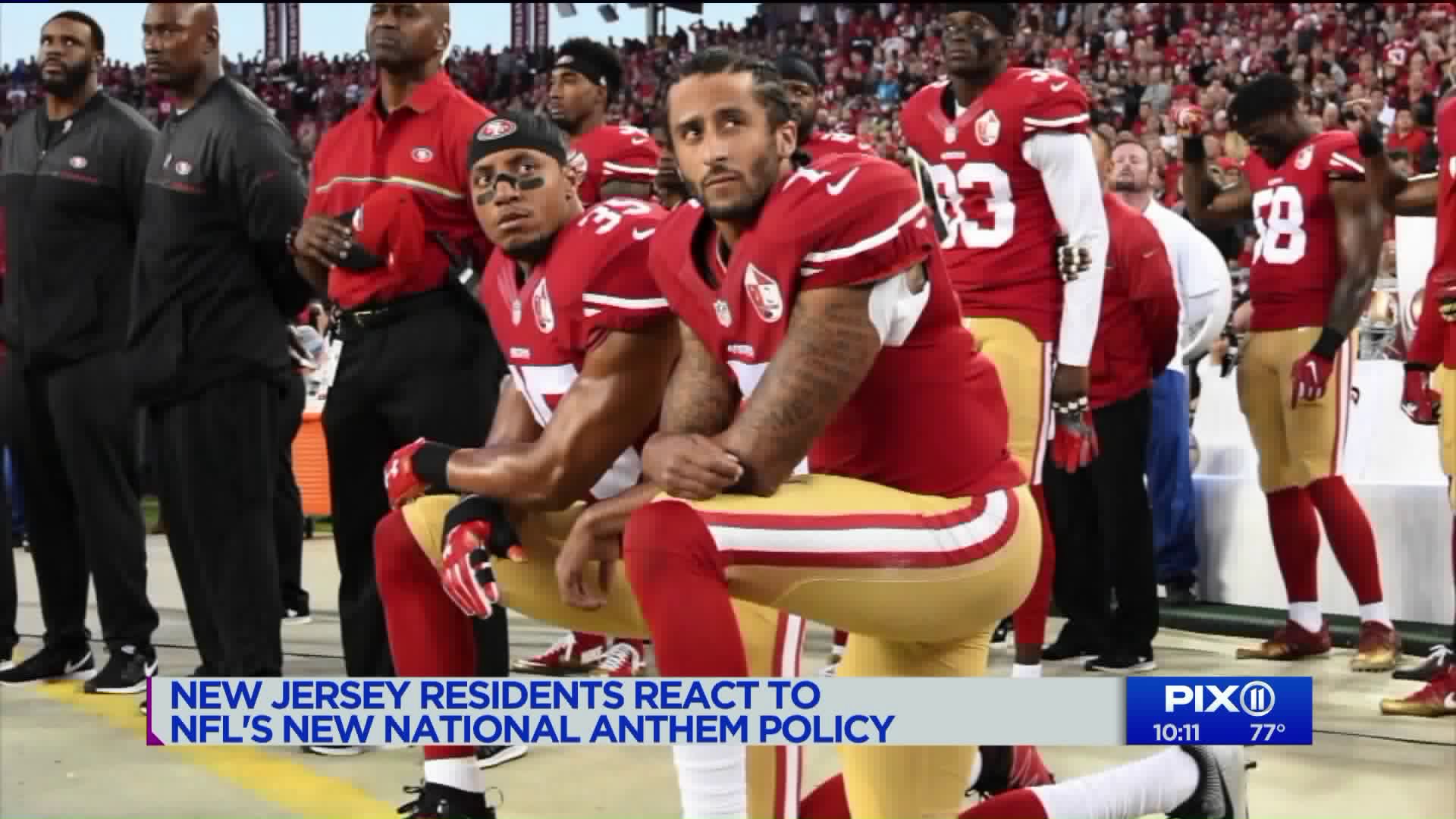 Looking to quell a national debate that was sparked by Colin Kaepernick, stoked by President Trump and some say chipped away at the very popularity of America`s game, NFL owners approved a new policy Wednesday that allows players to protest during the national anthem by staying in the locker room but forbids them from sitting or taking a knee if they`re on the field.

NFL teams will set will their own rules regarding players who want to kneel during the National Anthem, NFL team owners decided Wednesday in Atlanta.

Instead of a league-wide rule, it will be up to each team to decide whether there would be discipline for a player protesting during the National Anthem. Should a player protest on the sideline, the NFL can fine a team, but not the player.

There will also be an option for players to remain in the locker room while the anthem is played.

Before this decision, there had been no rule that prevented players from protesting.

Scores of players have joined in the silent protests, initiated by quarterback Colin Kaepernick during the 2016 NFL season, to draw attention to what many describe as the systemic oppression of people of color, including by police.

"The efforts by many of our players sparked awareness and action around issues of social justice that must be addressed. The platform that we have created together is certainly unique in professional sports and quite likely in American business. We are honored to work with our players to drive progress.

"It was unfortunate that on-field protests created a false perception among many that thousands of NFL players were unpatriotic. This is not and was never the case."

He said the decision "will keep our focus on the game and the extraordinary athletes who play it."

The NFL Players Union said the vote "contradicts" what they'd been told about the "principles, values and patriotism of our League."

"The NFL chose to not consult the union in the development of this new 'policy.' NFL players have shown their patriotism through their social activism, their community service, in support of our military and law enforcement and yes, through their protests to raise awareness about the issues they care about," the union said in a statement.

"... Our union will review the new 'policy' and challenge any aspect of it that is inconsistent with the collective bargaining agreement."

In recent months, the league has worked toward a reported $90 million social justice partnership with the Players Coalition, using the NFL's platform to highlight players' efforts to curb injustice and to use political connections to push for legislative change.

The conversations come as two free-agent players, Kaepernick and Eric Reid, have filed separate grievances against the league, citing collusion in denying them jobs. Kaepernick and Reid both kneeled during the National Anthem when they were 49ers teammates, and Reid continued his protest last season. Kaepernick has been a free agent since March 2017.

"The 32 member clubs of the National Football League have reaffirmed their strong commitment to work alongside our players to strengthen our communities and advance social justice. The unique platform that we have created is unprecedented in its scope, and will provide extraordinary resources in support of programs to promote positive social change in our communities.

"The membership also strongly believes that: