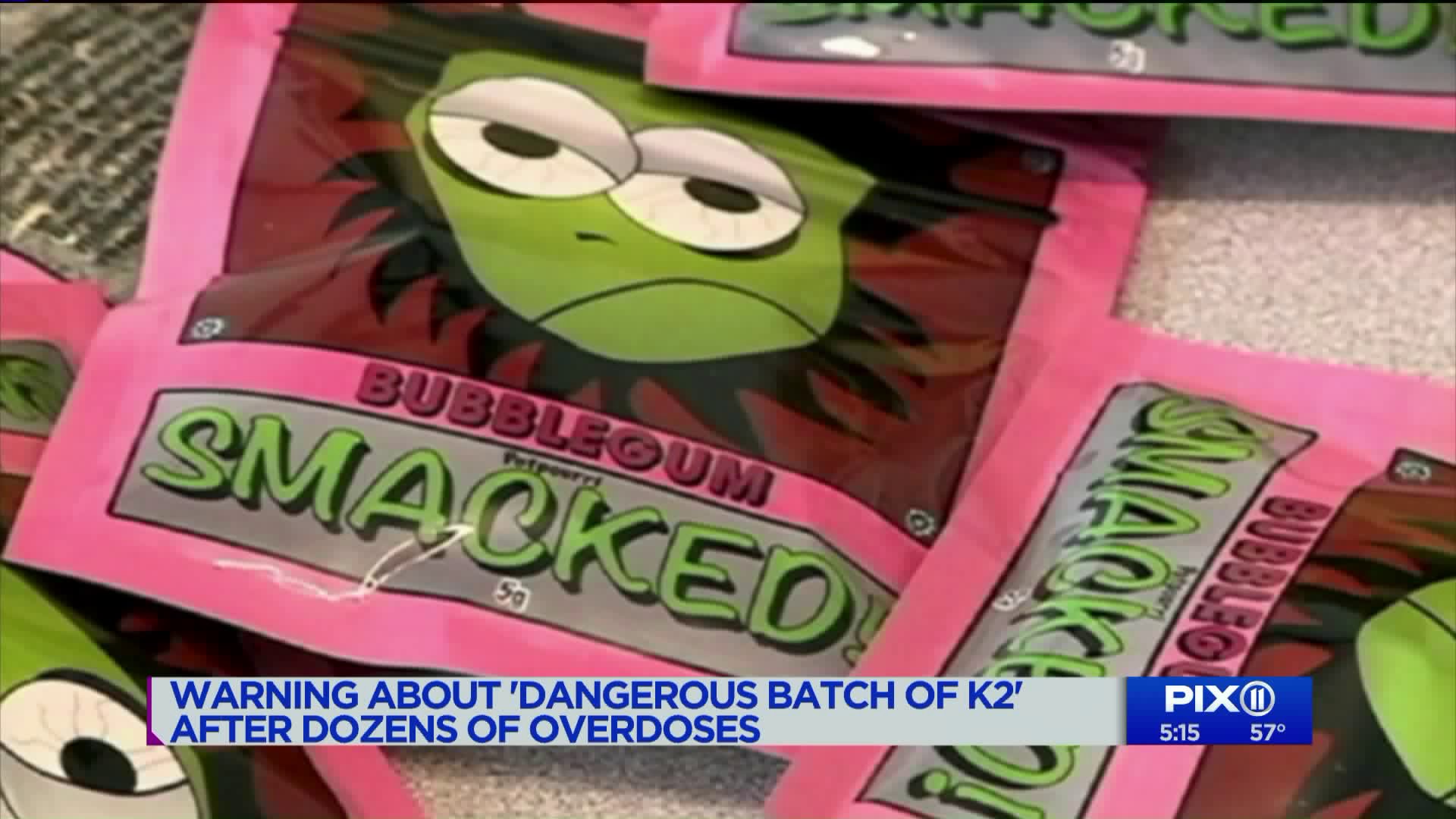 Since Saturday, the city`s been called out to treat at least 56 people who`ve overdosed on K2. The highest number of cases were from the Myrtle Avenue/Broadway intersection, but at four other locations in Eastern Brooklyn most of them homeless shelters, according to police, the city`s had to treat about a half dozen overdoses each.

BEDFORD-STUYVESANT, Brooklyn — It’s become a problem so intense that on Tuesday, NYPD top brass suddenly called a news conference to send out a warning about a particularly hazardous batch of the synthetic marijuana drug K2.

They said that they’re working with the city’s Department of Homeless Services and Department of Health and Mental Health to try and stop a bad problem from getting worse.

An east Brooklyn resident summed up the authorities’ concerns.

“It’s horrible,” said Nay Nay Wilson, about the problem whose epicenter is at the intersection of Broadway and Myrtle Avenue, on the Bed-Stuy/Bushwick line. She said that too often there are people “laid out, trying to touch you, begging for money” at the intersection, while they’re in a drug-induced haze.

Since Saturday, the city's been called out to treat at least 56 people who've overdosed on K2. The highest number of cases were from the Myrtle Avenue/Broadway intersection, but at four other locations in Eastern Brooklyn — most of them homeless shelters, according to police, the city’s had to treat about a half dozen overdoses each.

"Just in the last two days,” said NYPD Chief of Detectives Dermot Shea at a news conference announced 90 minutes in advance. "We've effected 12 K2-related arrests. Of those 12, eight are for individuals selling K2."

The other arrests were for possession, he confirmed. K2 has been banned in New York City since 2015, which marked the early stage of a former wave of overdoses. The situation seemed to improve, but it ended up worsening, as Wilson, who lives nearby, explained.

“The NYPD can't be everywhere,” she said, as she pointed to a mobile NYPD command post and a handful of uniformed officers at the intersection. “But as soon as [dealers] know [police have] eased off — bam — they come back.

“I hope [the police] stay forever, if you ask me.”

Because so many overdose cases have occurred at homeless shelters, he NYPD said that it needs the help of the Dept. Of Homeless Services to stop the problem.

“We’re counting on them to help put a lid on it,” said NYPD Chief of Department Terence Monahan.