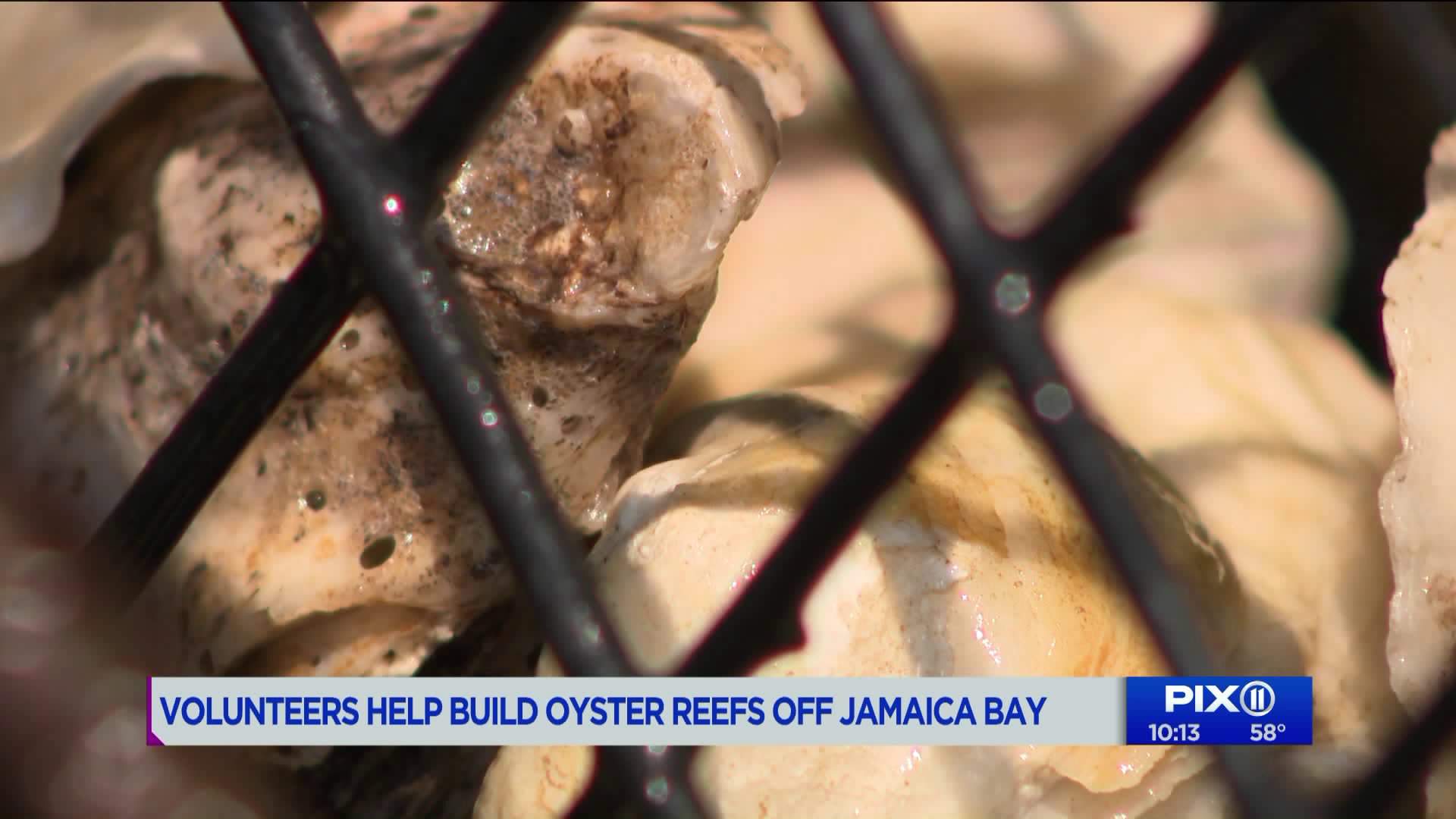 The "Billion Oyster Project" installs and cultivated oyster colonies around the harbor, including in the East River and around Jamaica Bay.

The waterways around New York City get busier every day.

New ferry routes will be added later this summer in the Soundview section of the Bronx and on the Upper and Lower East Side.

But it’s the water quality that concerns some neighbors, so they’re volunteering their time to try and make it better one oyster at a time.

The “Billion Oyster Project” installs and cultivated oyster colonies around the harbor, including in the East River and around Jamaica Bay.

Oysters help filter the water and protect the shore. A century ago, they were plentiful until pollution drastically reduced the population. Volunteers and staff from the project have created the newest installation in Paerdegat Basin near Canarsie, Brooklyn.

In 2016, the city of New York’s Department of Environmental Protection participated in the creation of a giant reef in Jamaica Bay. Thousands of old toilets were smashed and used to create a home for oysters.

A department spokesperson says the project is gong well and they’ll will be checking the colony in August.