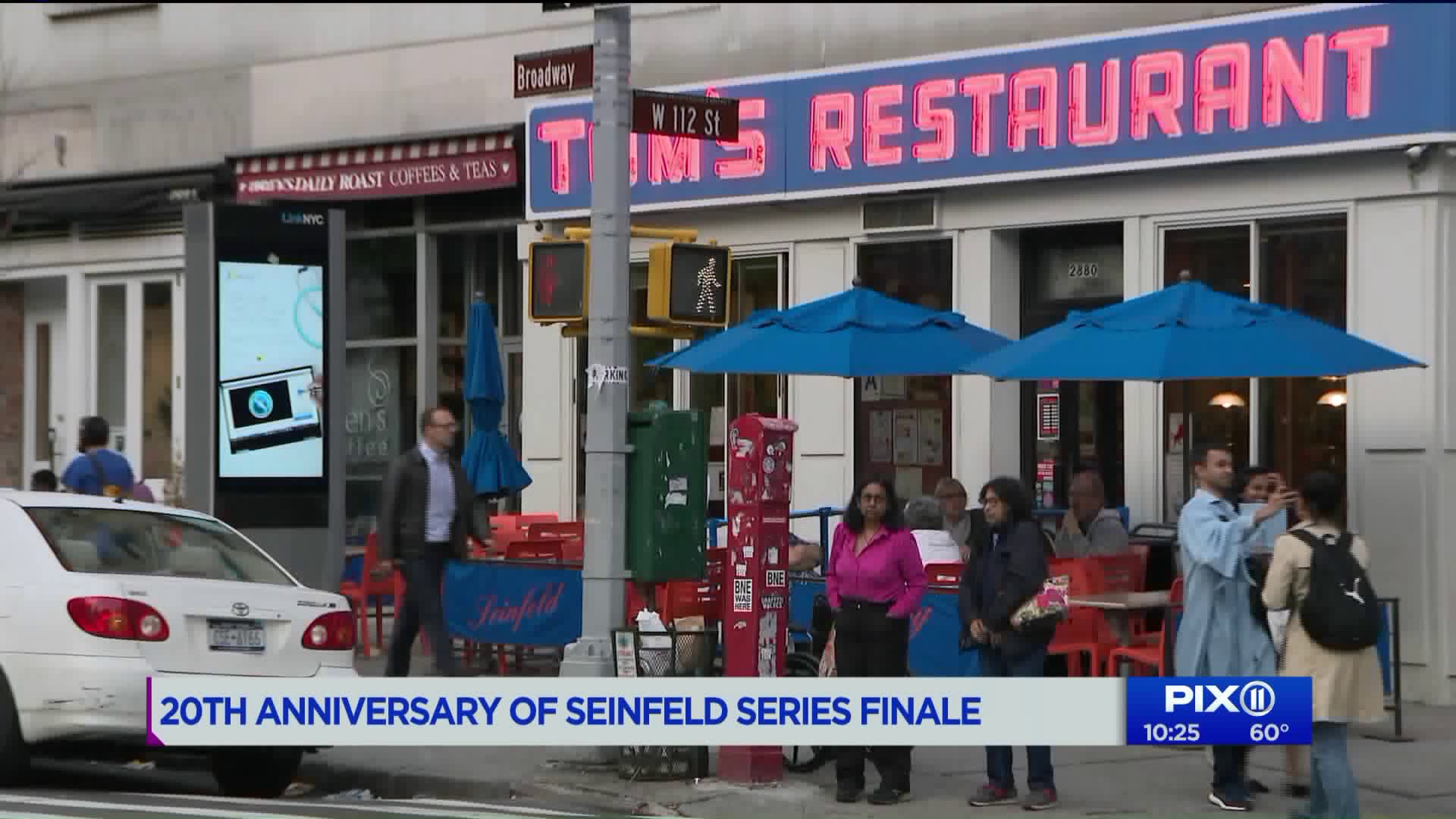 The real Kramer talks about life after Seinfeld

Landmarks and famous places are everywhere you turn in New York City.

Kenny Kramer is the comic who inspired the character on "Seinfeld"

Along 9th Avenue in Hell's Kitchen, keep an eye out for Kramer.

As fans of "Seinfeld" marked the 20th Anniversary of the final episode Monday night, Kenny Kramer talked with PIX11 News Reporter Greg Mocker in front of the diner where the show was born.

Kenny Kramer was the inspiration for "Cosmo Kramer" on Seinfeld. He's a comic, as well, and was a neighbor to show co-creator Larry David. He still lives in the neighborhood.

"When I realized that this character 'Kramer' was the biggest thing in the history of next-door neighbors, I figured I'd be an ass if I didn't cash in on it," says Kramer (the real one).

For the past 22 years, he has operated "Kramer's Reality Tour." On most Saturdays in Manhattan, visitors meet at Producers Club and eventually board a bus to see various spots from the show. He says the experience is often sold-out.

"I've been on longer than 'Seinfeld'," Kramer says with a smile. While he doesn't have many of the wild mannerisms of actor Michael Richard's characterization, Kenny Kramer does golf and have entrepreneurial ideas.

"If you learned one things from this, it's 'funny is funny,'" he says.

"Seinfeld" spots can be found around the city and especially Manhattan's westside where Jerry Seinfeld, Larry David and Kenny Kramer lived and worked. The comedy club used to be right around the corner from the apartment building of David and Kramer. It's where the reality tour begins.

This is the address on W 81 Street where Seinfeld lives. But the exterior of the building in the TV show is actually in Los Angeles.

The exterior of Jerry's apartment that is featured in the show is actually a building in Los Angeles. West 81st Street in Manhattan between Columbus and Amsterdam Avenues probably would never have a large, illuminated sign advertising a chicken diner.

Tom's Restaurant, on the corner of 112th and Broadway in Morningside Heights, has a famous exterior and good food inside. Although the interior was not used for the show, tourists continued to visit the location.

"A big party was going on from the morning to the night," says John Ieromonahos, who was working at his family's restaurant on May 14, 1998. You can still find him greeting customers and showing off pictures on the walls.

Watch "Seinfeld" every weeknight and on Sundays from 11 p.m. to midnight on PIX11.