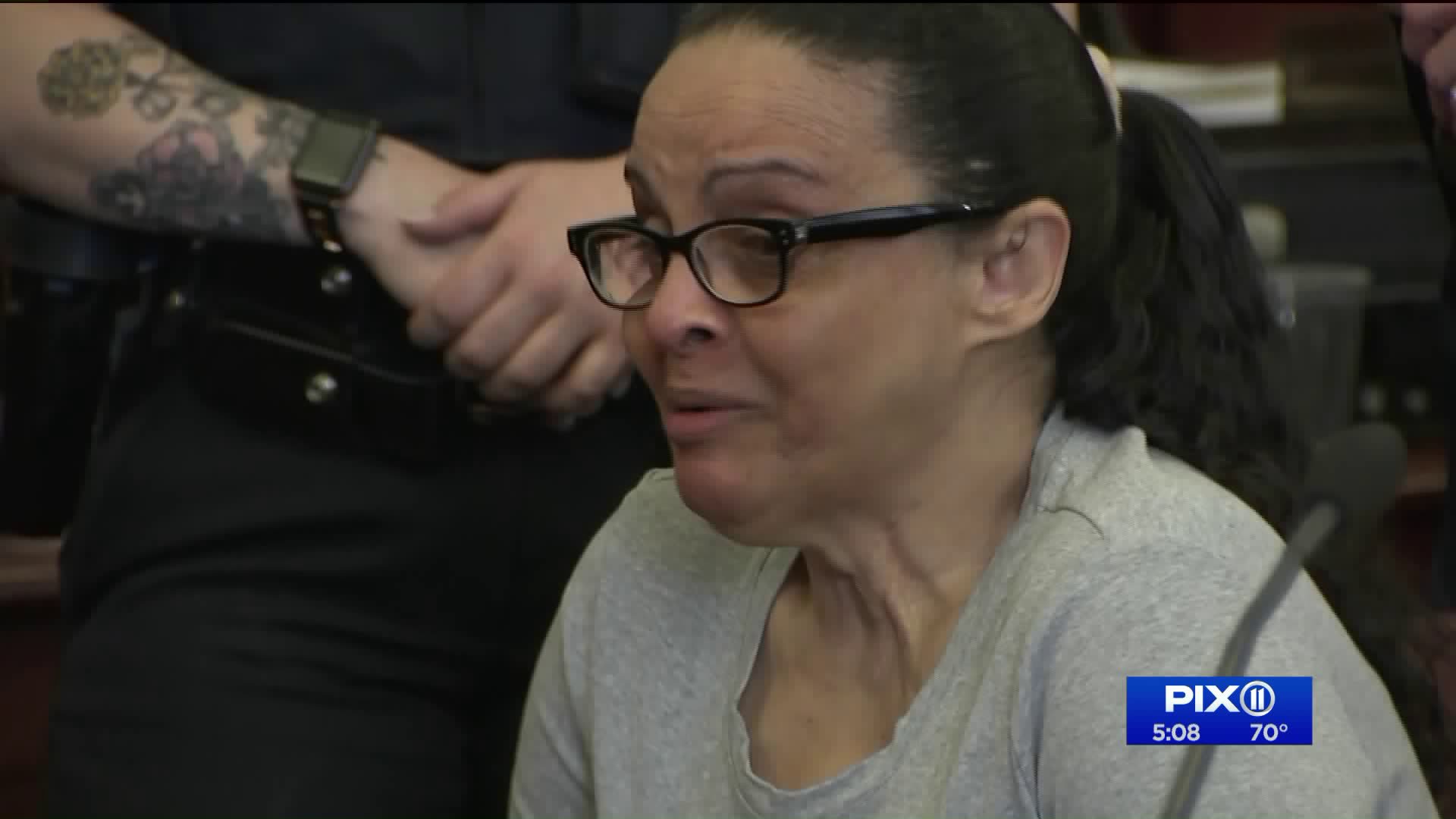 Yoselyn Ortega, 55, was convicted last month of murder in the deaths of 6-year-old Lucia Krim and 2-year-old Leo Krim. She had been working for the Krim family for nearly two years when she took the children to a bathroom of their apartment and stabbed them to death in 2012. She then tried to kill herself.

NEW YORK — An Upper West Side nanny who killed two small children in her care has been sentenced to the maximum penalty of life in prison without the possibility of parole, a judge ruled Monday, calling the woman "pure evil."

Yoselyn Ortega, 55, was convicted last month of murder in the deaths of 6-year-old Lucia Krim and 2-year-old Leo Krim.

Ortega, a naturalized U.S. citizen and a native of the Dominican Republic, was introduced to the Krims through a family friend. By all accounts, the Krims were happy with Ortega's work.

She had been working for the Krim family for nearly two years when she took the children to a bathroom in their apartment and stabbed them to death in 2012. She then tried to kill herself by stabbing her throat with a 13-inch knife.

Lucia and Leo were left in Ortega's care while the children's mother, Marina Krim, took her third child, then 3-year-old Nessie, to a swimming lesson.

Krim and Ortega made plans to meet at a dance class for Lucia that afternoon, but when Ortega didn't arrive, Krim became worried and went home to check on her children.

When she arrived she saw the lights were off in the home, which puzzled her. She returned to the lobby and asked the doorman if he had seen her children leave. He hadn't.

Krim took Nessie back upstairs, where they saw Ortega sitting next to the bathtub on the floor stabbing herself, in what authorities believe was an attempt to take her own life.

The children's father was returning home from a West Coast business trip when police reached him at Kennedy Airport to share the tragic news.

In an emotional trial that lasted nearly seven weeks, the nanny's defense team had argued that Ortega lived for years with untreated depression and anxiety, that she heard voices and had visions of “being penetrated and taken over by the devil" and couldn't be held responsible for the children's deaths.

The defense stood by that argument Monday.

“I still represent to you that she did not know what she was doing, no more than an infant or brute or a wild beast,” Ortega’s lawyer Valerie Van Leer-Greenberg said.

But prosecutors said Ortega knew what she was doing and understood "every stab, every slash" as she slaughtered the children.

The children's parents, whose testimony during trial caused jurors to weep, pleaded to the judge Monday to put Ortega away for the rest of her life.

The children’s father, Kevin Krim, said it would be "right" for Ortega to "live and rot and die in a concrete and metal cage."

Their mother, Marina Krim, said the two sons she and her husband have had since Lucia and Leo were killed are constant reminders of the children they lost, with uncanny resemblances to their slain siblings.

She said Ortega tried to destroy what they created -- "an inspired, happy, thriving family" -- but instead had destroyed her own family and "any sense of peace they'll ever have."

"The defendant may think she destroyed Lulu and Leo. But she is a failure in this, too," Krim said. "Lulu and Leo are powerful forces. They are two stars now, that will always lead us forward."

She said Ortega has shown no remorse, and no one in her family has ever said they were sorry for the children's slayings.

Before her sentencing, Ortega took her turn to speak to the judge. She cried and apologized to the family.

“I am very sorry for everything that happened but I hope that no one goes through what I have gone through,” Ortega, speaking Spanish, said through translator. “I have many people wishing me all the worst."

Ortega’s lawyer asked a judge to show “mercy” toward her client by placing her in protective custody, not in general prison population, with regular access to psychiatrists and medical doctors.

"I understand that my client has taken the lives of two precious children," Van Leer-Greenberg said. "I am praying that you do not take her life away without the prospect of parole."

The judge did not agree.

Calling the case “pure evil,” he gave Ortega to the maximum sentence allowed for each count: 25 years to life. She'll serve those sentences consecutively, meaning she will live the rest of her life in prison without the possibility of parole.

He said Ortega’s mental illness, the bedrock of her defense, went untreated not for lack of access but because she and her family “failed” to seek care.

In Rikers Island, Ortega has been prescribed anti-psychotic, anti-depression and anti-anxiety medication, but she refuses to take them, her lawyer said.

Speaking to Ortega, the judge said it will never be known why the nanny killed the children she was supposed to protect because she won't tell anyone. But the Krims said they've found purpose in the senseless tragedy.

In memory of their children, the Krims created the Lulu & Leo fund in what Kevin called "an act of positive defiance." The fund is a curriculum-based call to action to help children and families foster creative confidence and build resilience.

We’re in court for the sentencing of Yoselyn Ortega. Last month, a jury found Ortega guilty of murdering Leo and Lulu Krim. pic.twitter.com/m0nyu5Ab7l