Behind the scenes: Surviving a helicopter crash 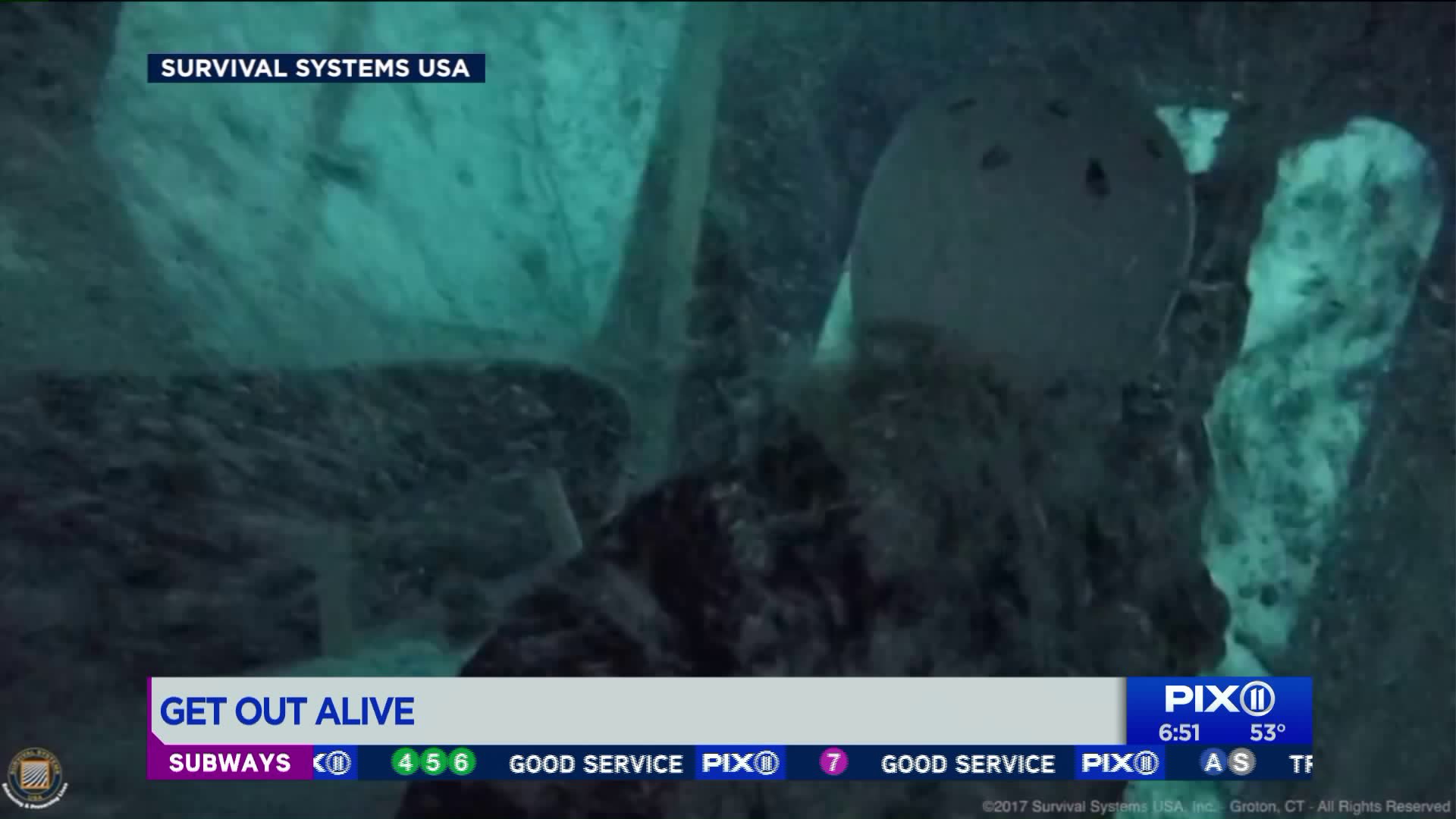 All five passengers aboard a sightseeing helicopter tour on March 11 capturing the iconic sights on New York are dead. The pilot, who was not only experienced but in a different harness than the rest, lived after making an emergency landing in the East River. Why could one get out safely, but none of the others? PIX11`s Kirstin Cole took a deeper dive to find out.

NEW YORK — All five passengers aboard a sightseeing helicopter tour on March 11, meant to capture the iconic sights of New York, are dead. The pilot, who was not only experienced but in a different harness than the rest, survived after making an emergency landing in the East River. Why could one get out safely, but none of the others? PIX11's Kirstin Cole took a deeper dive to find out.

How to get out alive

PIX11 went to Survival Systems USA in Groton, Connecticut. It’s dark. There’s smoke. Reporter Kirstin Cole is in a cabin, buckled in wearing a four point aviation harness. The craft flips upside down as the water rushes around her. She gulps one last breath. This is very real, and truly terrifying, she later said, but she pushed back that panic, ran through the steps and punched the window out.

Cole remembers what to do: Hold hand on frame, unbuckle with free hand. Swim for the surface — and breathe.

She just made it through some of the most intense safety training that pilots and emergency personnel take in case of an over-water ditching. It’s training many pilots take, but most passengers don’t.

FlyNYON, the tour operator, and Liberty Helicopters, the owner of the aircraft and employer of the pilot, operated what is the deadliest crash in nearly a decade.

We don’t know how much instruction these passengers who died received. The exact nature of what’s been described as a “complex” harness system has not been released either. But the Federal Aviation Administration did issue an emergency order about the combination type of seatbelt and harness used by FlyNYON and Liberty Helicopters, banning them.

The first lawsuit has been filed by a victim's family citing a “conscious disregard of known safety procedures and regulations” by FlyNYON, Liberty Helicopters and its pilot.

In a statement, FlyNYON said: "FlyNYON continues to support all efforts to investigate the tragic Liberty Helicopters crash that took place earlier this year."

'Get a much training as you can'

On Cole's training day, she was side-by-side with military pilots and emergency medical personnel who man life flight helicopters.

Tammy Heald is an in flight medic for a unit in Connecticut. She very succinctly explains why she’s facing down panic in the water: "It could mean coming home or not coming home.”

Maria Hanna is the president of Survival Systems USA: “The reality is that no flight is a casual flight. Anytime you get in an aircraft, it is not a casual event. You are putting yourself in a higher risk profile.“

The instructors of Survival Systems USA have taught thousands of people how to live through the unthinkable — an aircraft crash.

Pilot William Straton has been sent here by his military outfit.

“I believe it's going to save lives every time,” he said.

This intense training is likely something that none of these victims got before their sightseeing flight crashed in the East River.

Michael Mulford is one of PIX11's trainers: “The pilot got out because he had a regular aviation seatbelt on. He was able to unbuckle his seatbelt and work his way it of that helicopter.”

The FAA issued a damning statement after the crash saying of the complicated seatbelt tethering straps: “while intended as a safety measure when the aircraft was in flight, may have prevented the passengers’ quick egress from the aircraft.”

Hanna puts it this way: “Any harness that you wear, you should be able to take off yourself. You shouldn’t have to cut yourself out of it or have somebody else assist you with it.“

The instructors and safety divers taking Cole and other trainees through dunk after ditch, after underwater plunge, all to train students to hold back their panic and execute the needed steps to get out alive.

Cole asks Mulford before they get into flight suits and helmets: “It sounds terrifying?”

But Mulford is very certain: “Part of what we’re doing is teaching you to manage those stressors. The urge to panic and forget your training.”

There is no oxygen. You hold your breath, close your eyes. Then you remove the window, unbuckle a four-point seatbelt and swim to the surface. It needs to be done in seconds, replicating the same speed you need to survive a real-world crash.

Hanna insists, “If you’re going to be flying over water, this is incredibly valuable. You need to be able to do this by yourself. Be informed. Be educated. Be aware of your surroundings. Be informed about the equipment. Get a much training as you can."