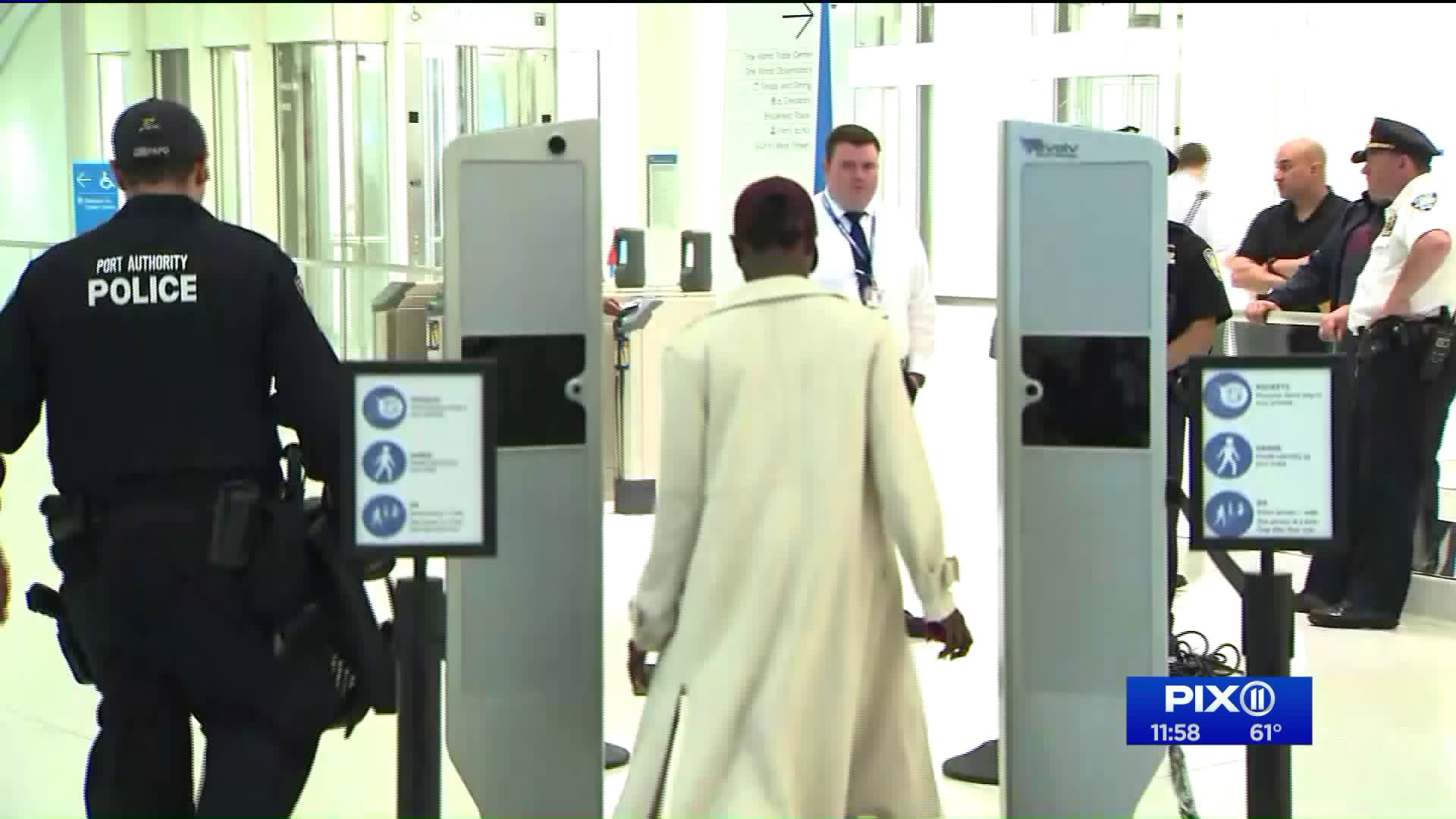 The so-called Evolv Edge, a "high-tech body scanning unit" meant to detect detect firearms, explosives and other weapons, will be tested Thursday and Friday at the WTC PATH site from 8 to 10 a.m. and 4 to 6 p.m. 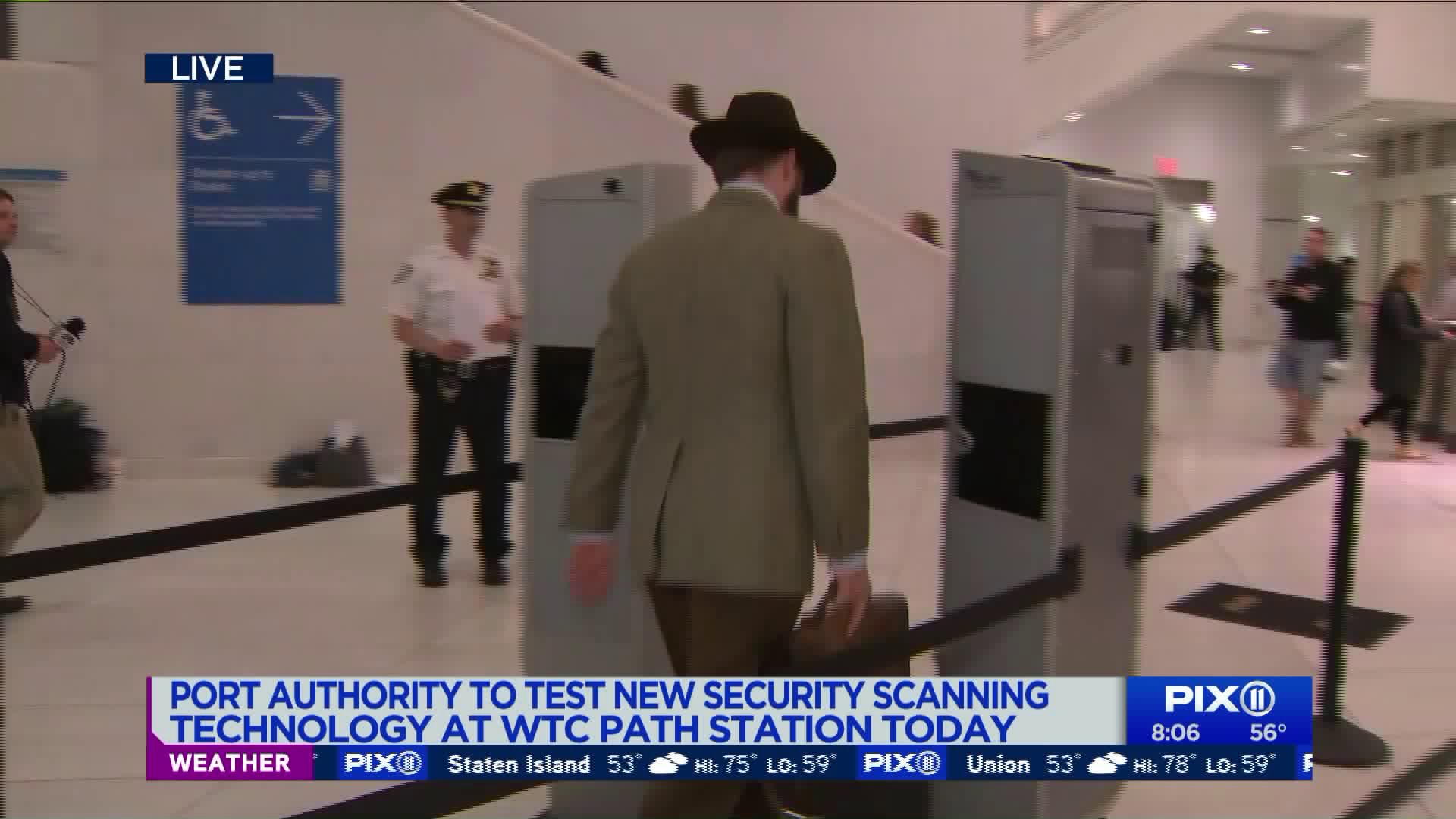 MANHATTAN — The Port Authority is testing new security scanners at the World Trade Center PATH station Thursday and Friday in order to evaluate its latest potential resource to detect firearms, explosives and other weapons.

The so-called Evolv Edge scanner is tested at the World Trade Center PATH station on May 10, 2018. (PIX11)

The so-called Evolv Edge, a "high-tech body scanning unit" meant to detect detect firearms, explosives and other weapons, will be tested Thursday and Friday at the WTC PATH site from 8 to 10 a.m. and 4 to 6 p.m.

Public participation in the testing is completely voluntary, according to Port Authority officials.

“The idea behind this pilot program is to evaluate another resource available to us in the effort to ensure the continuing protection and security of the traveling public,” Port Authority Chief Security Officer John Bilich said.

The "pilot security screening program" is "part of the Port Authority’s ongoing evaluation of new technology to ensure the highest level of safety for the traveling public across all agency facilities," officials said.

The station would need about 200 scanners to screen every commuter.

Chris McLaughlin, with Evolv Edge, tells PIX11 that isn't practical, and although the way in which scanners are used is up to Port Authority officials, his advise is  to use fewer scanners and move them around in order to randomly screen people.

The scanners, McLaughlin points out, can be set up within minutes.

Commuters can also pass through the scanners with coffee and hand, and keys, phones and other common objects in their pockets, McLaughlin said.

Whether or not commuters will need to show officials their purses and large bags will be up to Port Authority officials.

When asked if the extra security measure is worth the potential slowdown it may cause commuters, several locals told PIX11 it is.

"I mean, the commute sucks as it is now, with just the trains and the delays, but it’s a preventative thing. If something happens, everybody’s gonna go, why wasn’t more put in place?" Juvember Andrews, of Jersey City, said.

The scanners are already set-up at stadiums, performance centers and airports across the country, and have previously been tested at the Port Authority Police Department headquarters in Jersey City.