Disgraced ex-A.G. Schneiderman faces criminal charges, while the race for his office heats up 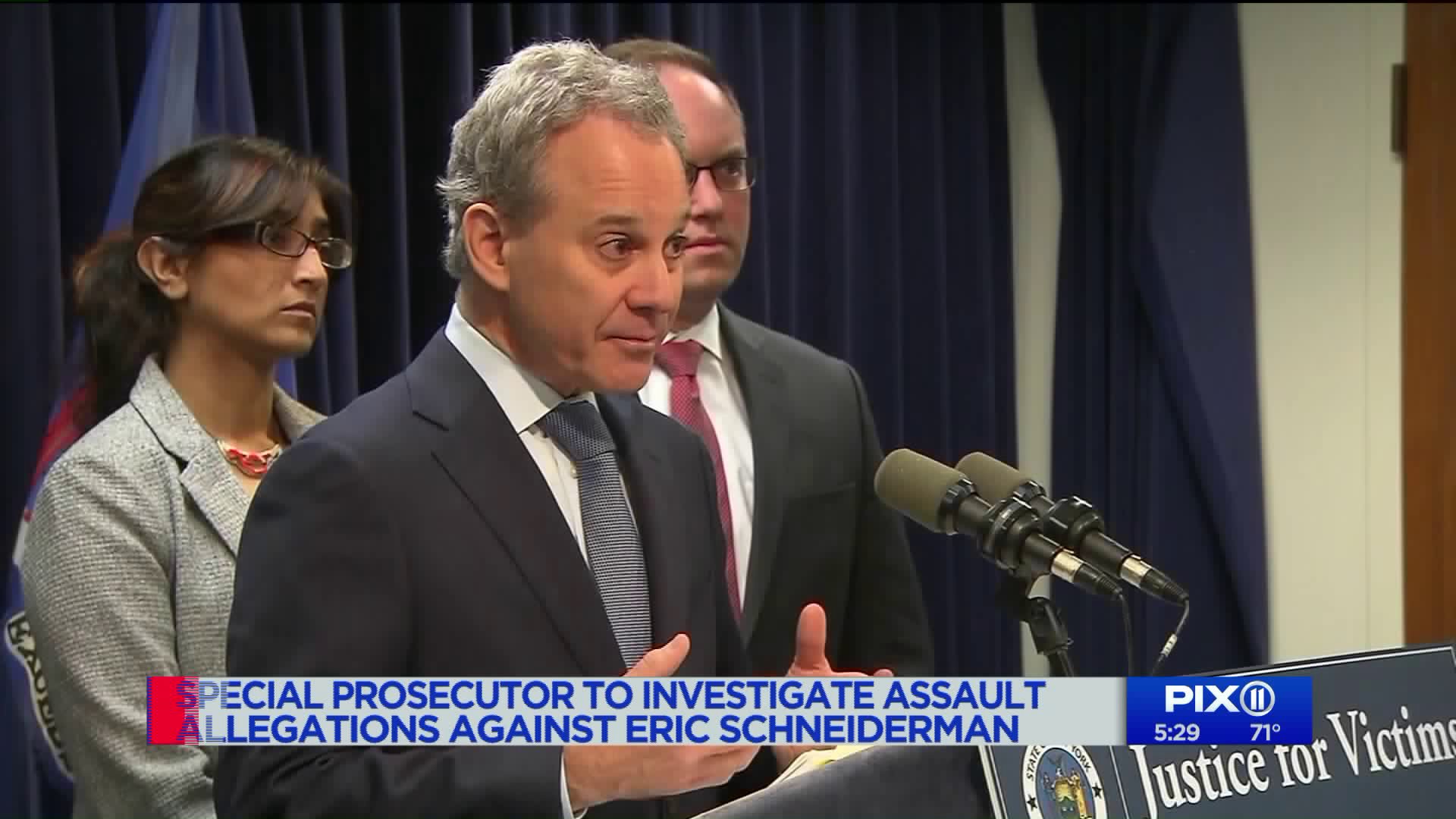 Prosecutors in multiple jurisdictions will investigate the assault allegations that led to the resignation of New York Attorney General Eric Schneiderman, who "strongly contests" the allegations. His fall from grace has left an unexpected opening in the state`s top law enforcement position. New York Solicitor General Barbara Underwood has been named acting attorney general, but a number of potential candidates to replace Schneiderman have emerged since his resignation.

MIDTOWN — The longer the allegations of assault, abuse and sexual violence by former New York Attorney General Eric Schneiderman sink in, the more likely it seems that criminal charges will be pursued against him. Ultimately, whether or not it happens depends on Schneiderman's accusers. Governor Andrew Cuomo had a message of support for them on Wednesday, as well as a message of criticism toward the Manhattan district attorney, who's been trying, unsuccessfully, to play a key role in a possible criminal case against the ex-attorney general.

It all could lead to criminal prosecution.

"Any conviction, or any charge for Mr. Schneiderman, is going to matter to him," said Julie Rendelman, an attorney and former prosecutor. "In the age of the Me Too movement, I think [it's] incredibly important. The issue really is if the complainants are going to want to go forward."

If any of the women do want to proceed with a criminal complaint, it would be handled by the special prosecutor that Gov. Andrew Cuomo named on Tuesday.

Madeline Singas, the Nassau County district attorney, was tapped by Cuomo. She will get assistance from Suffolk County District Attorney Timothy Sini, regarding at least one accuser's claims that Schneiderman assaulted her in the Hamptons, in Suffolk County.

However, Manhattan District Attorney Cy Vance had said on Tuesday that he wanted to pursue a criminal probe of Schneiderman, a Manhattan resident, whose alleged crimes had taken place at Schneiderman's apartment. Vance sent a letter to the governor on Tuesday saying that he was best suited for prosecution.

"I want the victims in this case to know that they are getting a full, fair, objective look at the facts," Cuomo said during a press conference. "I don't even want a whiff of a perception of conflict of interest."

Vance had been under investigation by Schneiderman for possibly mishandling sex abuse complaints against movie mogul Harvey Weinstein.

Meanwhile, New York Solicitor General Barbara Underwood is the acting attorney general, until somebody gets selected by the New York state assembly to succeed Schneiderman. New York City Public Advocate Letitia James has, by many accounts, been lining up support among state assembly members to get the nod for the job.

However, Congresswoman Kathleen Rice, from Long Island, lost by only two percent of the vote to Schneiderman for the attorney general position eight years ago. Both she and James are considered front runners for an office that Gov. Cuomo wants a woman to fill. Competition is fierce.

"If we've learned one thing," said political strategist Hank Sheinkopf, is that New York politicians "have no shame" when a rare opportunity like statewide office opens up. In such rare times, the veteran campaign mastermind said, "they do whatever it is they can do."