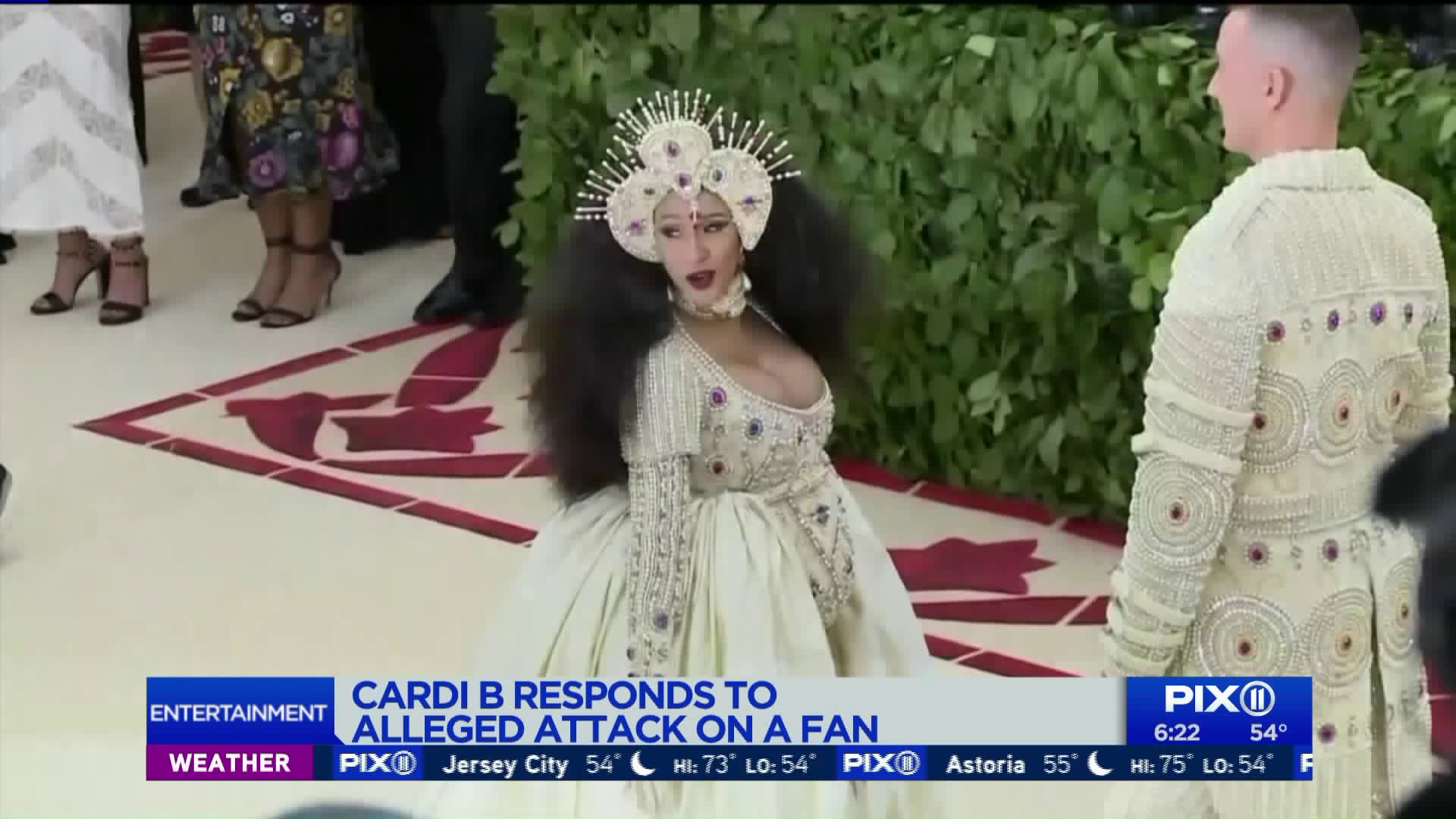 Cardi B has responded, but since deleted a tweet addressing allegations her security team attacked a man looking for the rapper`s autograph outside a swanky Manhattan hotel following the star-studded Met Gala.

MANHATTAN — Cardi B has responded, but since deleted a tweet addressing allegations her security team attacked a man looking for the rapper’s autograph outside a swanky Manhattan hotel following the star-studded Met Gala.

The incident happened around 2:15 a.m. outside the Mark Hotel when a man approached Cardi B, whose birth name is Belcalis Almanzar, asking for her autograph. She said no, but the man continued to move closer to her and harass her, police said.

That’s when Cardi’s bodyguard pushed and punched the man, police said. Another man kicked the autograph-seeker while he was on the ground.

The autograph-seeker was taken to a hospital for evaluation.

Cardi  B tweeted about the incident Tuesday around 11:20 p.m.:

If you check my tag pics i take a lot of pics with fans .Some people are not fans &sometimes i don’t want no pics and i simply don’t want people too close cause of🤰🏽i don’t know what are people’s intentions sooo i Be careful .Why can’t people respect that?

Video was captured of the encounter and obtained by TMZ. Shea said that investigators are reviewing that footage and interviewing all parties involved, including the rapper’s entourage and witnesses.

An attorney for the autograph seeker released this statement, saying his client was the victim of an “unjustified ambush."

Before the altercation, Cardi B attended the Met Gala, the annual fundraising fete in New York that brings out Hollywood’s elite for an evening of fashion and charity and to celebrate the spring exhibit at the Metropolitan Museum of Art’s Costume Institute — this year, “Heavenly Bodies: Fashion and the Catholic Imagination.”

Cardi B showed off her baby bump in a pearl-drenched gown and headdress.