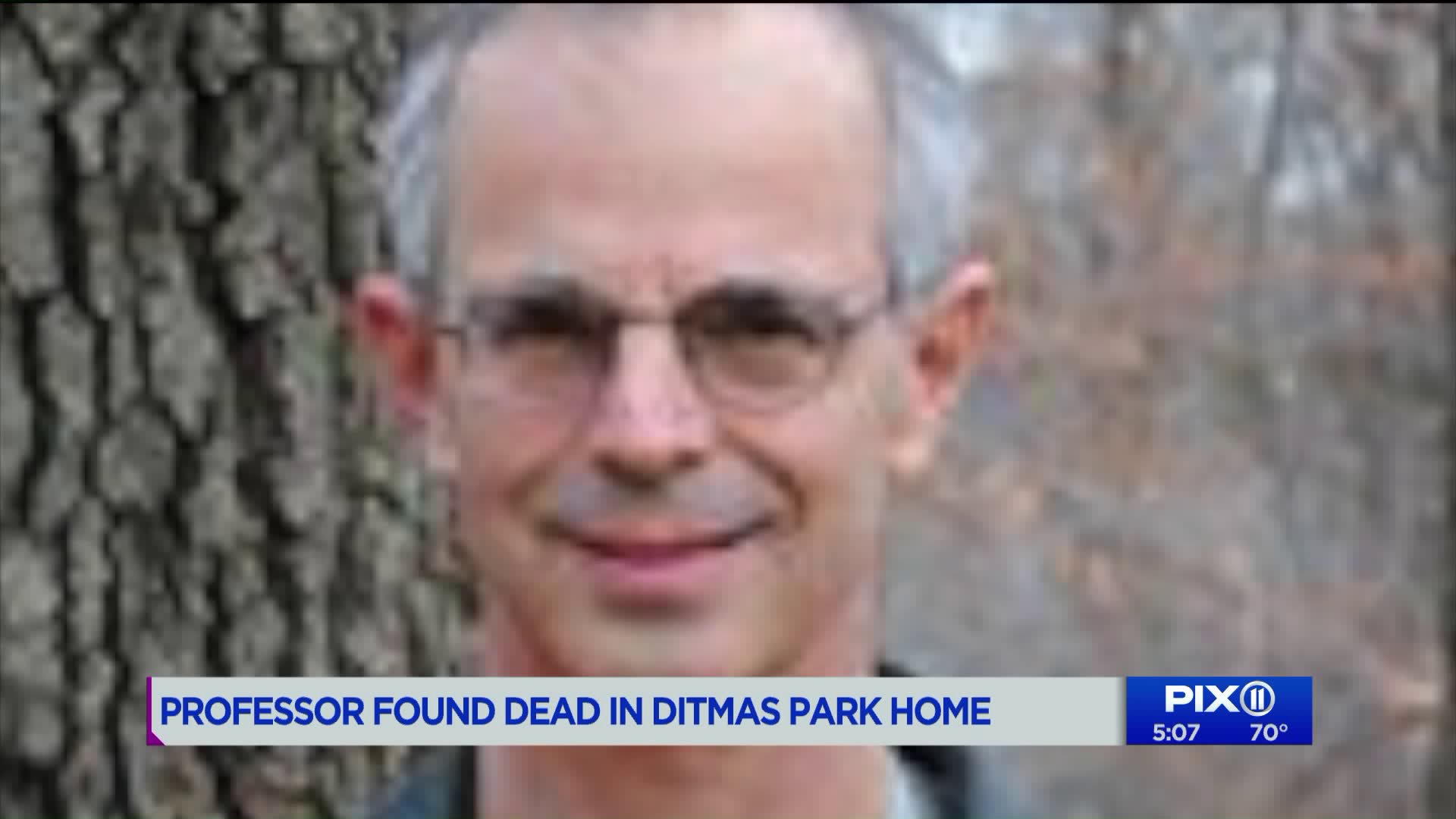 An investigation is underway Tuesday after police say a professor was found dead in his Ditmas Park home and a man was found hiding in a closet with a smattering of tools, including a hammer. 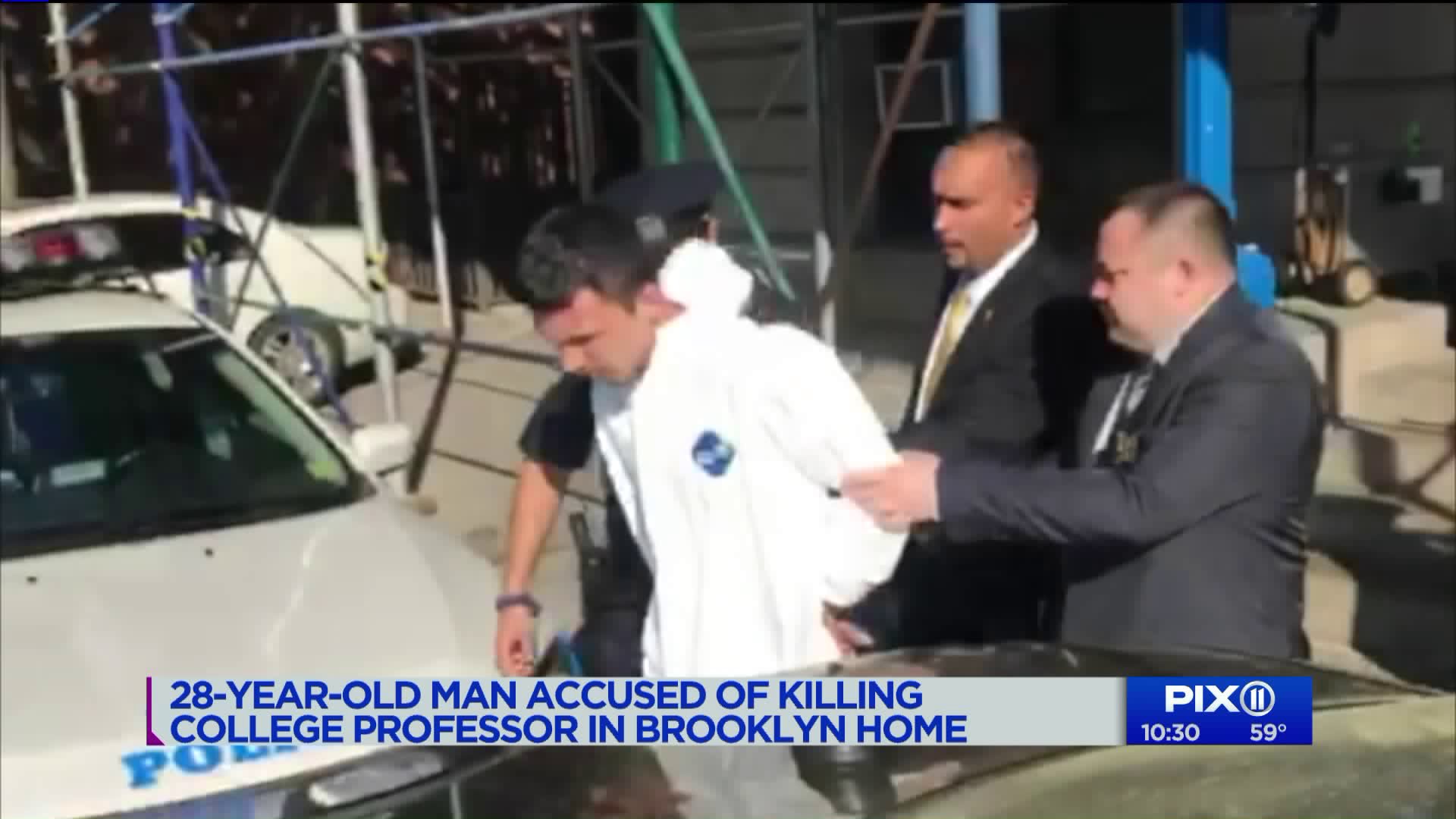 DITMAS PARK, Brooklyn — An investigation is underway Tuesday after police say a professor was found dead in his Ditmas Park home and a man was found hiding in a closet with a smattering of tools, including a hammer.

Police discovered the body of Jeremy Safran, 66, while responding to reports of a burglary in progress at a home on Stratford Road near Hinckley Place just before 6 p.m. Monday, officials said. Safran was found in the basement with trauma to his head and body, police said.

The medical examiner will determine how he died.

Police said they found 28-year-old Mirzo Atadzhanov, of Brooklyn, hiding inside a closet during their response Monday evening. The man was surrounded by several tools, including a hammer, police said. Earlier reports by detectives say the man may have been a former student of the professor.

Atadzhanov was taken into custody and has yet to be charged, according to police.

Neighbors said that just prior to the incident, a strange man with Ohio plates pulled up to the house and went inside. Neighbors said a woman who lives in the house came outside with her teenage daughter, saying her husband had died.

"He was sitting in the car for three hours watching the house," neighbor Doreen Giuliano said, who told PIX11 it appeared the suspect targeted the professor's home. "I crossed the street and met her on the lawn and I said, 'there’s a man in your house you need to call 911,' she said 'that’s strange because my basement lights went out,' I said 'there’s a man in your house,' she says 'that’s strange, my husband is around here somewhere,' — while we’re talking, I believe he was in there killing him."

Neighbors at Atadzhanov's Brighton Beach apartment building say he is generally quiet and keeps to himself. On social media, he claims to be an adjunct instructor, and a ranked chess instructor. Atadzhanov graduated from Brooklyn College with a Master of Science in Biology.

Overnight, locals said they were frightened by the incident.

"Violent, very violent. So that scares the hell out of me. ... We walk up and down here ever single night," neighbor Font Ravi Kisson said.

Safran was a professor of psychology at The New School for Social Research and clinical professor at the New York Postdoctoral Program in Psychotherapy and Psychoanalysis.

Officials with The New School said in a statement Tuesday they were "shocked and saddened" to learn of Safran's death.

"An internationally renowned psychotherapist, Jeremy was deeply respected and admired by The New School community and his colleagues throughout the psychology profession for his work on psychoanalytic theory and practice, as well as research on psychotherapy processes and outcomes. Jeremy earned countless distinctions for his work," school officials noted.