Inside supervised injection sites: How they work in the fight against opioid crisis 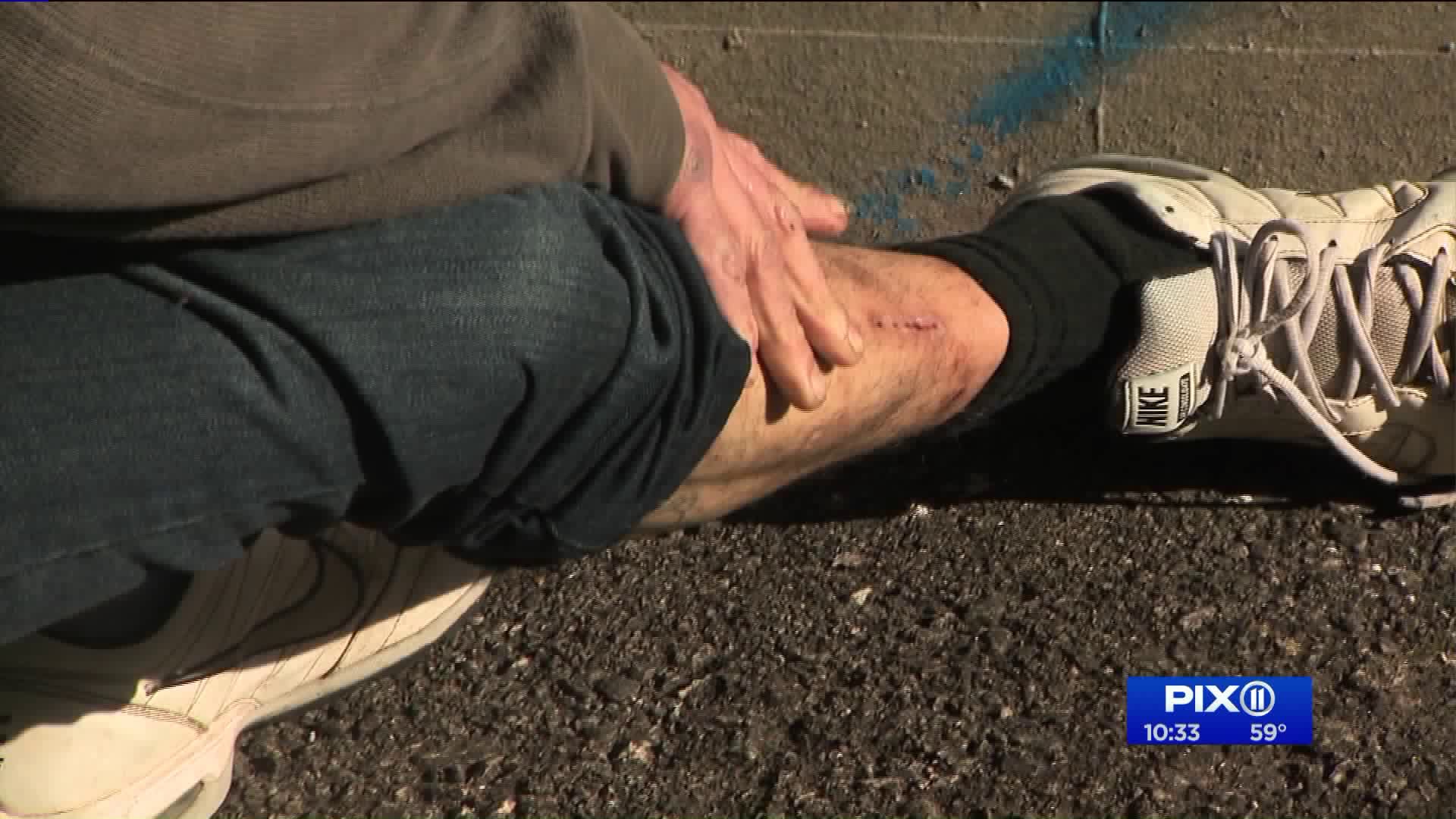 Along a four block stretch of Vancouver, British Columbia, it won`t take long to find someone using or dealing drugs on the street.But when you look at a city of Vancouver, you find in this beautiful landscape that addiction does not discriminate. That is true everywhere.

Along a four block stretch of Vancouver, British Columbia, it won't take long to find someone using or dealing drugs on the street.

But when you look at a city of Vancouver, you find in this beautiful landscape that addiction does not discriminate. That is true everywhere.

He lives in Vancouver, he's a father and he was a carpenter until he was injured on the job and was treated with pills for the pain.

We hear so many times that this is the entry point: the prescriptions end, the pills are too expensive and the patient becomes addicted to heroin. That is exactly what happened to Beaverstock.

Beaverstock was a one-time user on the streets, buying and using in the alleyways of Vancouver, until he found inSite, a supervised injection facility that allowed him to use under the supervision of a doctor or a nurse.

While he still had to buy the drugs on the streets, he found a place he was able to use safely and a place that brought him back to life more than 12 times after he overdosed inside.

After months of using inside inSite, Beaverstock began to talk to the staff about treatment options and soon was entering himself into a detox program on site to get clean and is now on the road to recovery.

But let's backtrack to the point we made about buying the drugs on the street: with the introduction of deadly fentanyl, Vancouver was seeing huge spikes in overdose deaths, so inSite allowed people inside to find out and test what users were using to help prevent deaths.

"That's why a place like this is even more important," said Tim Gauthier, a nurse at inSite. "Because when people don't know the concentration or other toxins that are mixed in, someone is there for them."

It's part of why inSite has seen more than 6,000 overdoses inside it's walls, but not a single death since they opened in 2003. The location sees over 500 people a day, paving the way for more sites to be opened within Vancouver.

PIX11 was granted access to both inSite and another supervised injection facility called Powell Street Getaway.

The process is simple: a user checks in at the reception desk. They are not obligated to give their real name. They are then escorted into a room where they can grab their supplies, which includes needles, alcohol swabs, cookers, matches, candles, turniquetes and bandaids.

"Whether we provide these spaces or not, people will still be using drugs," said Keir Macdonald, the deputy executive director of Lookout Housing.

According to the Vancouver Health Department, it's all about a mind shift.

"We need to think of addiction as a health care problem," said Dr. Patricia Daly, Vancouver's chief medical officer. "We need to treat this within the health care system."

It is a mind shift that Inspector Bill Spearn of the Vancouver Police Department had to go through himself. At first, he was a staunch opponent to the sites. Years later, he now says that he was wrong.

Spearn now spends a lot of his time educating other police departments, including the NYPD, on his own story.

"They are going to use regardless. If you have harm reduction, if you want to keep these people alive long enough to get them into treatment, you have to give them a space to use," Spearn said.

Mayor Bill de Blasio has announced that four potential supervised injection sites could open in New York. He said his team of analysts studied sites throughout Canada before making their proposal to bring the sites to New York.

It's a move that Assemblywoman Linda Rosenthal has been studying and pushing for years herself.

"This is meant to be an entrance point for caring for someone in the most holistic of ways," Rosenthal said. "It's about guiding them to life in recovery if they are at that point."

De Blasio's proposal calls for four sites to be placed in Washington Heights, Midtown West, the Longwood section of the Bronx and in Gowanus, Brooklyn. Each of those areas would have public hearings to determine where exactly the sites would be located.

But it's not a done deal.

The plan would need approval from the state, from the district attorneys in each borough and from the City Council member of that district.

The NYPD released a statement about the proposal saying:

“For cops, the idea of knowingly allowing illegal drug use to occur is a difficult thing to accept. But the mission of the NYPD is to keep people from dying, whether it is from violent crimes, vehicle collisions, or drug overdoses. Last year throughout New York City, 1,600 people overdosed and died. That is why we have already trained more than 30,000 NYPD officers and equipped 24,000 of them in the field with naloxone, which can reverse opioids’ effects. As these overdose prevention centers become a reality, we will ensure that those facilities – and the neighborhoods around them – are safe and free of drug dealing, and that quality of life is preserved.”

While Canada has a free health care system, the United States and New York do not. The mayor said this as a potential year-long pilot program with funding coming from private donors and not taxpayer dollars.