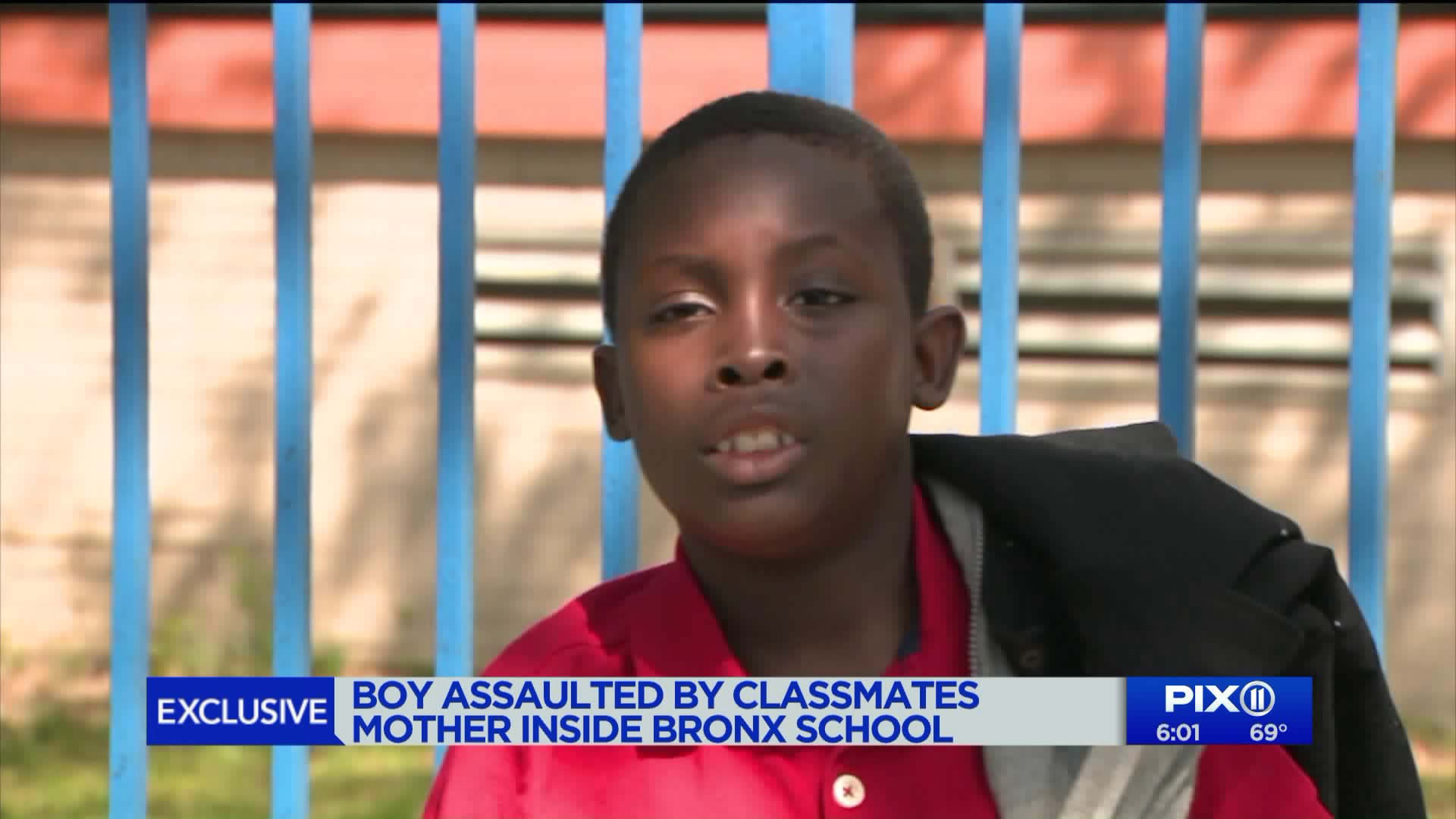 An 8-year-old boy fought with a classmate one day. The next day, the classmate`s mom came to school, found the boy and dragged him by the neck to the principal`s office.

MELROSE, the Bronx — An 8-year-old boy loved being a third grader at P. S. 146 in the Bronx until a classmate's parent assaulted him.

Jalen Swinton fought with another classmate in the school cafeteria on April 26. The next day, the classmate's mother walked into the school in the morning and found Swinton eating breakfast. She grabbed him and dragged him by the neck from the cafeteria and down the hall into the principal’s office.

Her son has been absent from school since the incident.

“I have dreams about her and she is going to drag me again,” he said.

His mom believes assault charges should be filed against that parent.

She asked the school for an emergency transfer for her son, but was told it was a one time incident.

"I feel like they turned their backs on me when they should have been reaching out to me," she said.

A Department of Education spokesperson said they NYPD is now conducting an investigation. The DOE is working with police on that.

"The safety of students and staff is our top priority and the school has followed protocol in addressing this incident," the spokespersons said. "The family is being provided with ongoing support."