Woman who ran over kids in Park Slope weeps in court, faces 15 years in prison 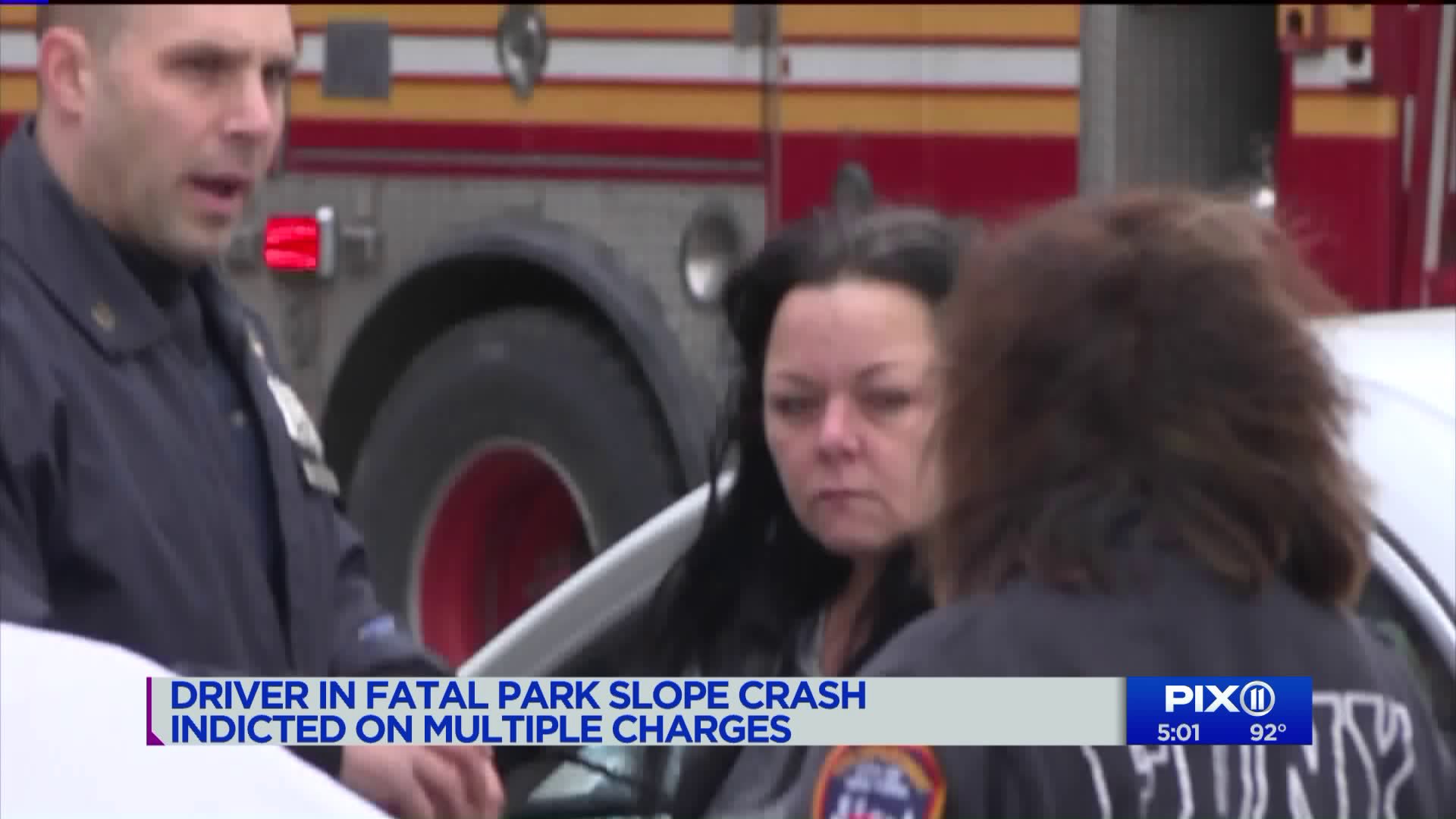 She claims it was a tragic accident, but Dorothy Bruns`s presence in court on Thursday on charges of manslaughter, criminally negligent homicide, reckless endangerment and assault were the result of a grand jury deciding that she could have prevented the tragedy., but failed, criminally.

DOWNTOWN BROOKLYN — She drove her car over two small children while she suffered a seizure, killing them.

She claims it was a tragic accident, but Dorothy Bruns' presence in court on Thursday on charges of manslaughter, criminally negligent homicide, reckless endangerment and assault were the result of a grand jury deciding that she could have prevented the tragedy, but failed, criminally.

On March 5, Bruns drove her white car to the intersection of Fifth Avenue and Ninth Street in Park Slope, and stopped at a red light. Then suddenly, as surveillance video shows, she accelerated right into two mothers and their children.

"This tragic incident was foreseeable," said prosecutor Craig Esswien in court here on Thursday afternoon. "And was avoidable, had the defendant listened to what her doctor said."

"She didn't listen," Esswein continued. "For whatever selfish reasons, and she continued to drive."

While Bruns sat in court, head down and crying, the prosecutor talked about the months before the tragedy occurred.

According to investigators, he said Bruns suffered a seizure, and drove into another car on January 8. For the next two days, she'd lost feeling in half her body. Her doctor told her at the time not to drive.

However, 10 days later, on January 20, Bruns was in a minor collision while behind the wheel, and fled the scene. The incident was captured on surveillance video.

In mid-February, according to the prosecutor, the 44-year-old multiple sclerosis patient was ordered by her doctor not to drive for a year.

On Thursday, the Staten Island resident had nothing to say. She simply wept quietly after her attorney entered a not guilty plea, and she was led to a holding cell, pending a $25,000 cash bail payment and $75,000 bond, ordered by Brooklyn Supreme Court Justice Danny Chun.

"This was truly a decision that she made to drive," said Brooklyn District Attorney Eric Gonzalez at a news conference after the hearing. "When she was not capable of... handling what's really a deadly weapon."

Bruns faces up to 15 years in prison if she's found guilty.

Despite the severity of the crash, victim Ruthie Ann Miles, who was critically injured, and pregnant, was able to emerge from the ICU. Her unborn child remains healthy, according to a statement from her family.

Following the double fatal crash, advocates have pushed for safer local streets. Days after, the NYC Department of Transportation said they are looking to redesign the Ninth Street corridor, and include safety additions.