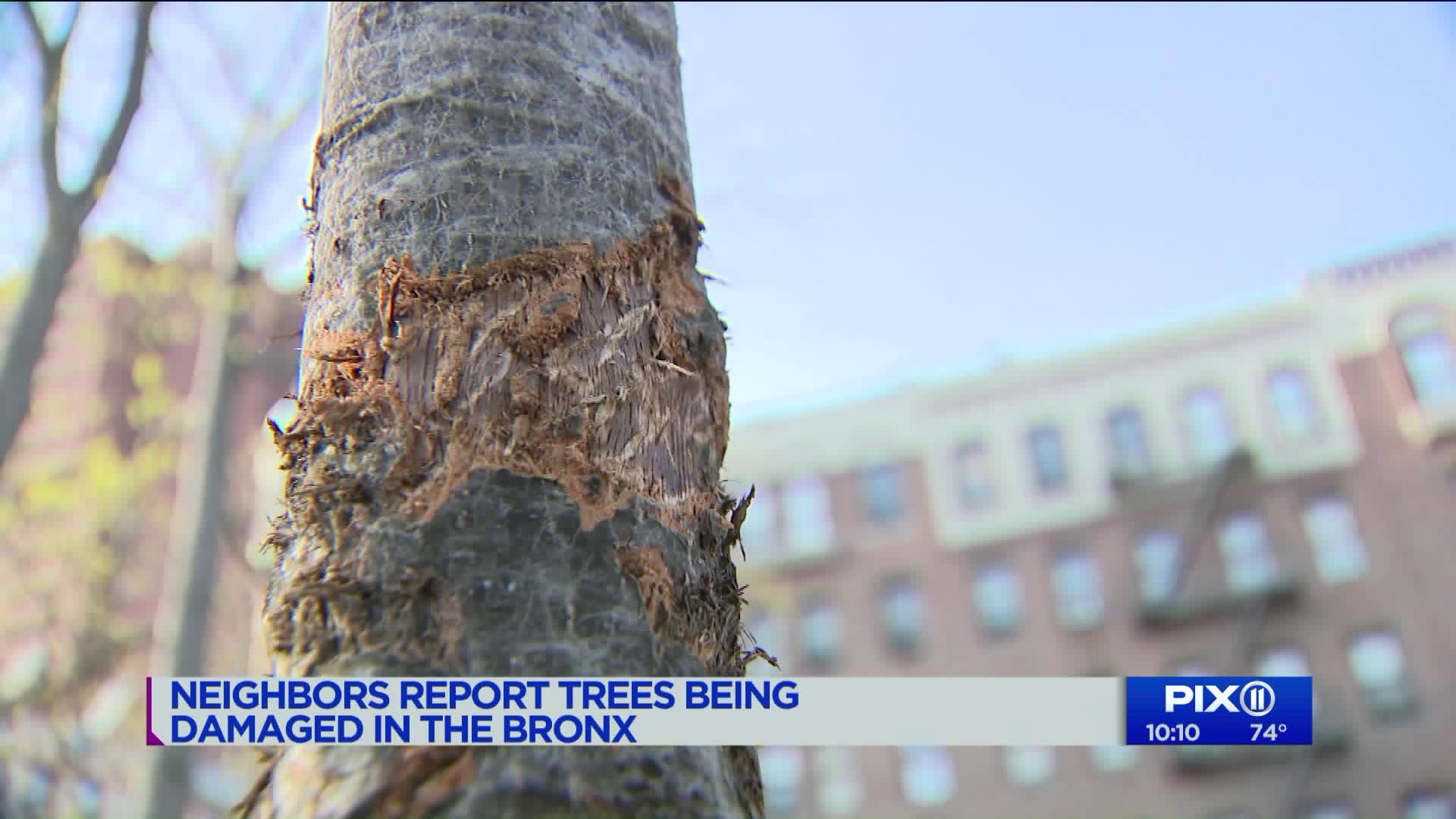 Trees and parks are treasures in New York City.

But At the Williamsbridge Oval in the Norwood section of the Bronx, about a dozen trees are in trouble.

Tree trunks along the northern edge of the park are damaged. The bark appears to have been hacked or chewed. Vandalism reports have been submitted to the city this week.

Neighbors suspect dog owners are allowing animals to bite the trees. Severe damage to the bark can cause the tree to wither and die.

They are asking visitors to be on the look out.

A group called "Friends of the Williamsbridge Oval" went for a walk with PIX11 News Reporter Greg Mocker.

A spokesperson for the New York City Department of Parks and Recreation says they are aware of the issue.

Many trees at the Williamsbridge Oval have recently been replaced. The City of New York has announced a $318 million investment to upgrade 67 parks in all the boroughs that that have not undergone significant improvements in decades.

That effort includes 17 parks in the Bronx.