Retaliation and intimidation? Lower East Side mom says NYCHA tried to evict her after PIX11 report 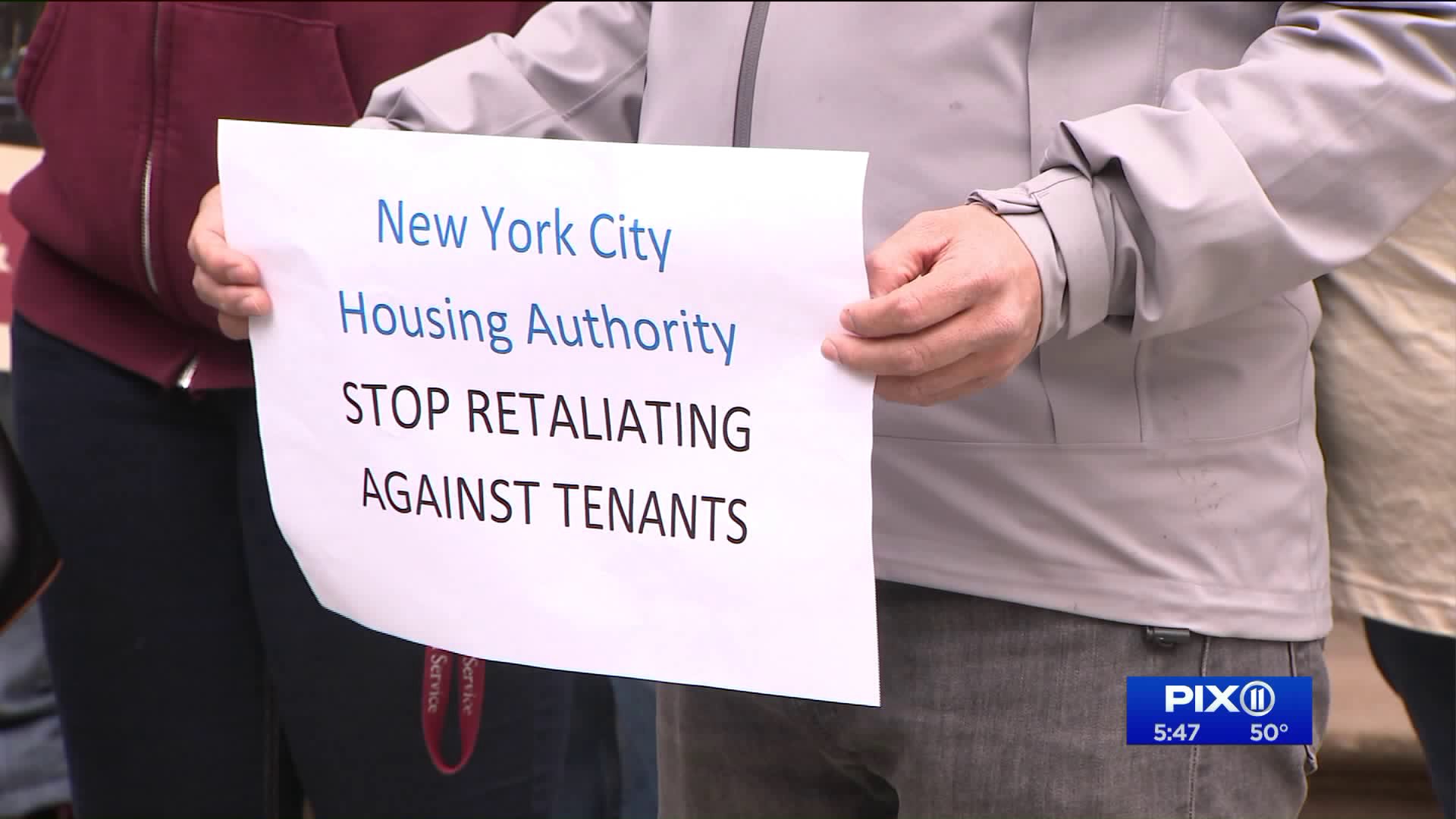 A rally was held to give a message to NYCHA.

NEW YORK — Weeks after a Lower East Side mother came to PIX11 to talk about issues in her home, she says the New York City Housing Authority tried to evict her in retaliation. Now, an investigation into the claim is being launched.

Keshia Benjamin lives inside the Jacob Riis Houses on the Lower East Side. Benjamin says she was sick and tired of repairs not being done, so she called PIX11.

After PIX11’s story on April 4, Benjamin claims she got a notice threatening to evict her.

Benjamin was front and center of a housing rally and news conference on the steps of  City Hall.

Her allegations of intimidation now have the attention of City Councilwoman Carlina Rivera.

Councilman Ritchie Torres said the City Council is now requesting a probe into whether NYCHA staffers are intentionally targeting tenants who speak out.

NYCHA denies any retaliation and tells PIX11: “Ms. Benjamin has not been intimidated. She received this notice following several meeting requests and letters due to continued rent delinquency in 10 out of the last 12 months. Ms. Benjamin has since paid her rent and there is no pending action against this resident. We continue to work with her on the repairs she has requested.”

If you have a story send us your story and upload a video to Monica Morales on Facebook by clicking here.