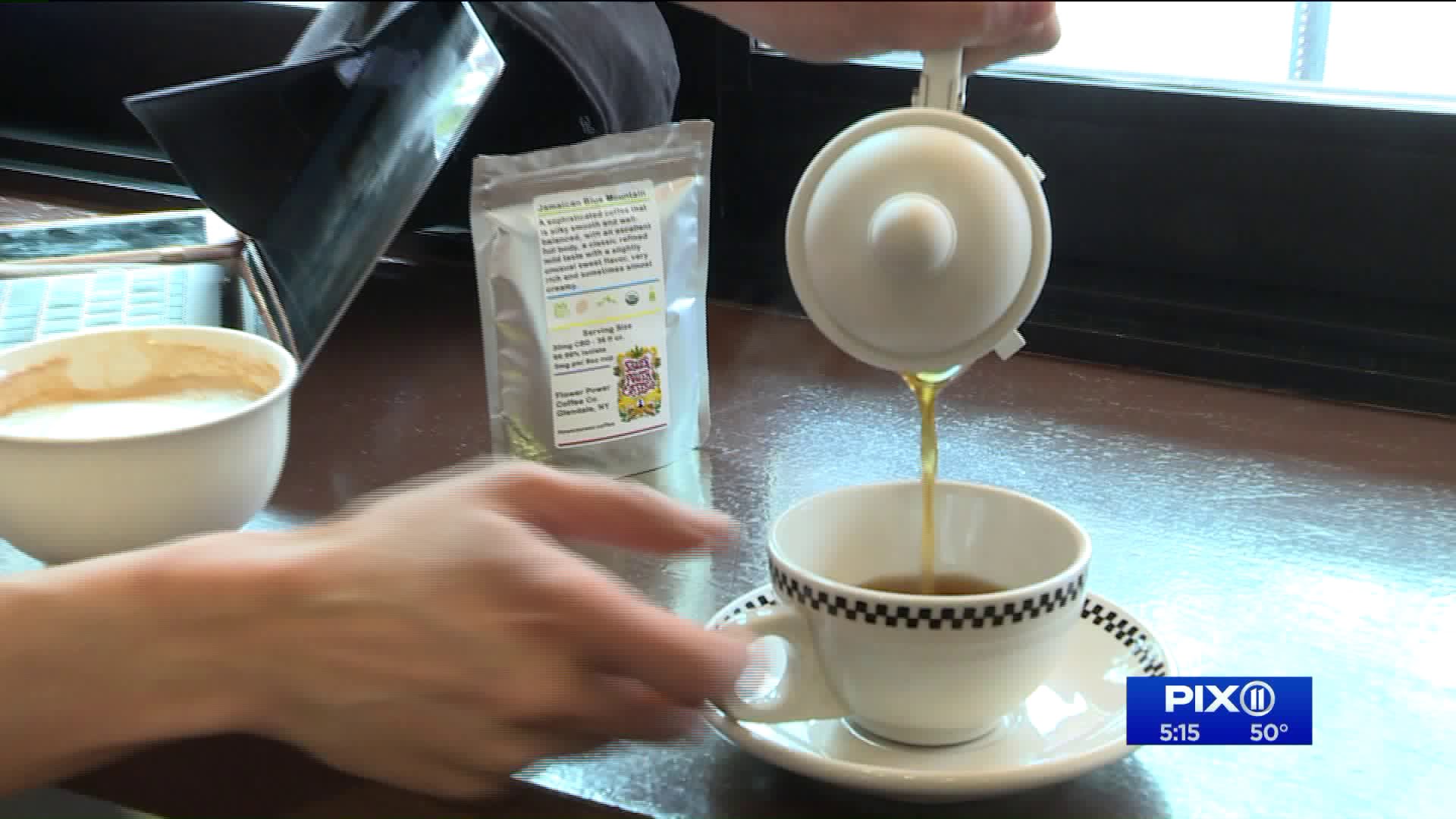 Coffee at this Brooklyn cafe is infused with cannabidiol. The cafe owner says it gives people a caffeine boost without the crash or other side effects of a normal cup of coffee. She believes shops throughout the city will start selling the drink in the near future.

GREENPOINT, Brooklyn — If you're like millions of New Yorkers who can't get going in the morning without a cup of coffee, but find yourself a little too jittery from the caffeine, Samantha Hew may have the perfect solution: a little cannabis in your coffee.

"CBD helps remove the jitters, the crash you get four hours later and also the headaches that you may get from caffeine," Hew said.

Hew gets the coffee infused with cannabidiol — CBD — from Flower Power Coffee Company in Queens.

She started serving the coffee, made in a  french press, at her Greenpoint Cafe Vittles on 4/20 and the response was huge.

"We already sold out everything that we ordered for that week," she said.

CBD, which is found in cannabis, is said to help improve focus and relieve aches and pains, although some say the science is inconclusive. Unlike THC, which is also found in cannabis, CBD doesn't have psychoactive effects, so it's legal and won't get you busted on drug test.

"That's the thing that normal human beings worry about right?"

Some of the employees have started drinking the $6 CBD Coffee and say it helps them deal with customers.

"I see people everyday, in and out, it's emotionally draining, but with CBD it's easy," Russ Harith said.

And Harith says it can be enjoyed without the crash or other side effects in a normal cup of coffee.

"You're awake and your calm, you're not jittery or wired up, you're just focused and ready to go."

Right now, Vittles only serves a french press version of the CBD coffee, but they plan to add espresso and cold brew in the near future.

So how does it taste? Like a regular cup of coffee, but you'll have to try it for yourself.​​ Vittles is one of a handful of Brooklyn cafes serving the CBD Coffee.​​ But Hew expects too see it brewed all over Brooklyn and the rest of the city in the near future.