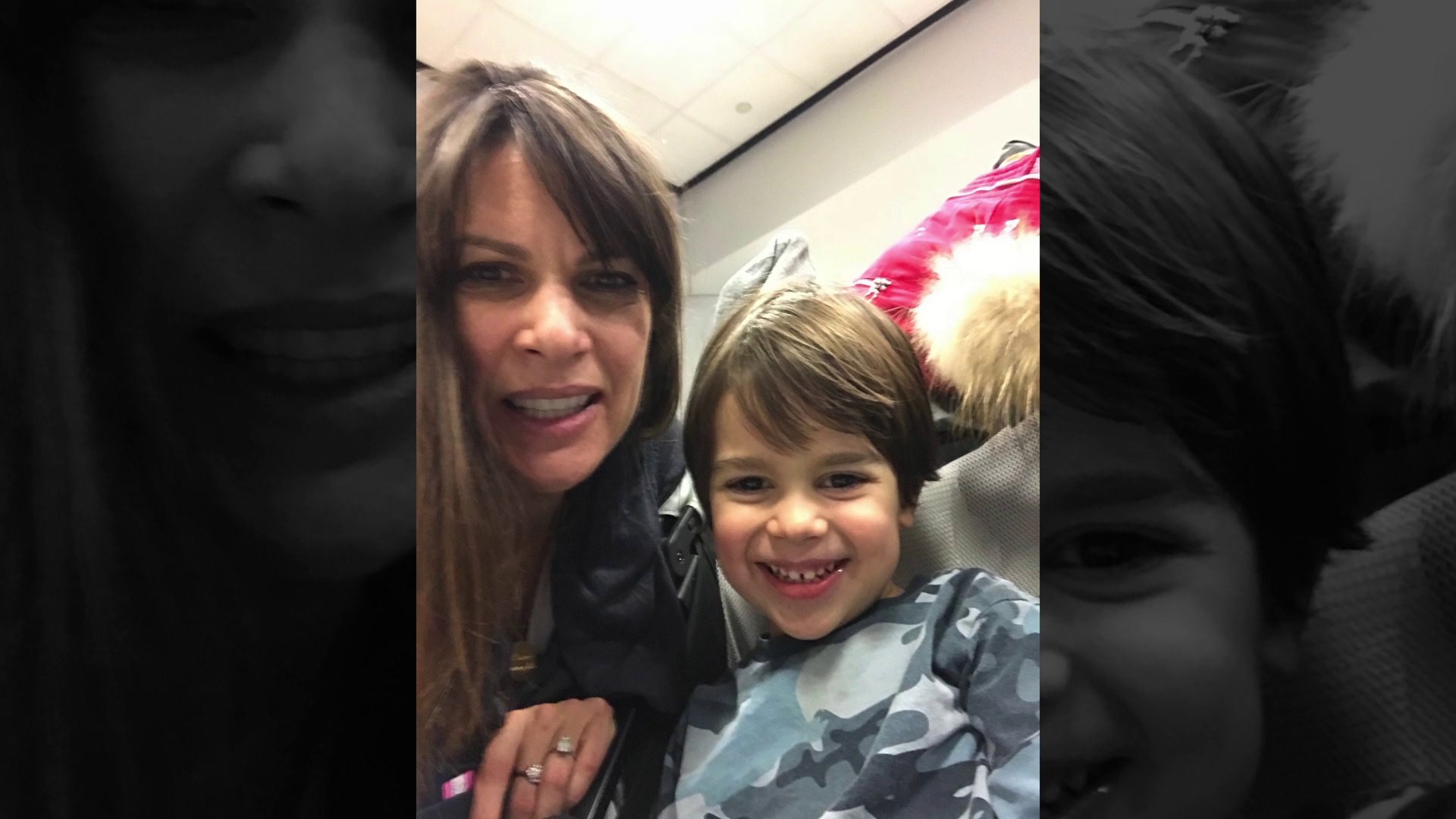 She works in publishing and loves to run.

And up until six years ago, she wasn’t too worried about developing cancer.

"My sister was diagnosed with breast cancer in France and she was the first one to have cancer in the family and we were all very surprised and shocked," Trouche said.

Elodie says it was her doctor who encouraged her to get genetic testing after her sister’s diagnosis.

"Elodie has the BRCA gene, but she does not have cancer," plastic surgeon, Dr. Neil Tanna said.

"I realized as a single mom it was actually better for me to do a surgery rather than to face cancers risk," Trouche said.

And what she wanted, after seeing her sister’s scars, was a procedure that was as minimally invasive as possible.

That’s when she was introduced to Dr. Neil Tanna, a board-certified plastic surgeon for Northwell Health, who was looking for a patient to perform a ground-breaking procedure on.

"There's a growing trend nationwide, in fact world wide, for surgery to be less invasive. If surgery is less invasive, patients have less pain, they recover faster," Dr. Tanna said.

Dr. Tanna had done his research and discovered a robotic breast reconstruction surgery that was done in Paris and Milan.

He and his team traveled to both countries to learn the technique and were excited to bring it to the U.S..

"It was the first of its kind not only in the United States but North America. We were blown away by it. The entire mastectomy reconstruction is done thru a 3 centimeter incision. The intent is so that when the patient or the woman puts her arm down the scar is completely hidden," Dr. Tanna explained.

Not only was the robotic nipple-sparing mastectomy minimally invasive, it also allowed the doctors to do the mastectomy and reconstruction all in one surgery.

Now, Dr. Tanna is looking to set up a clinical trial to prove its safety.

The procedure is currently only performed on women who are at high risk of breast cancer.