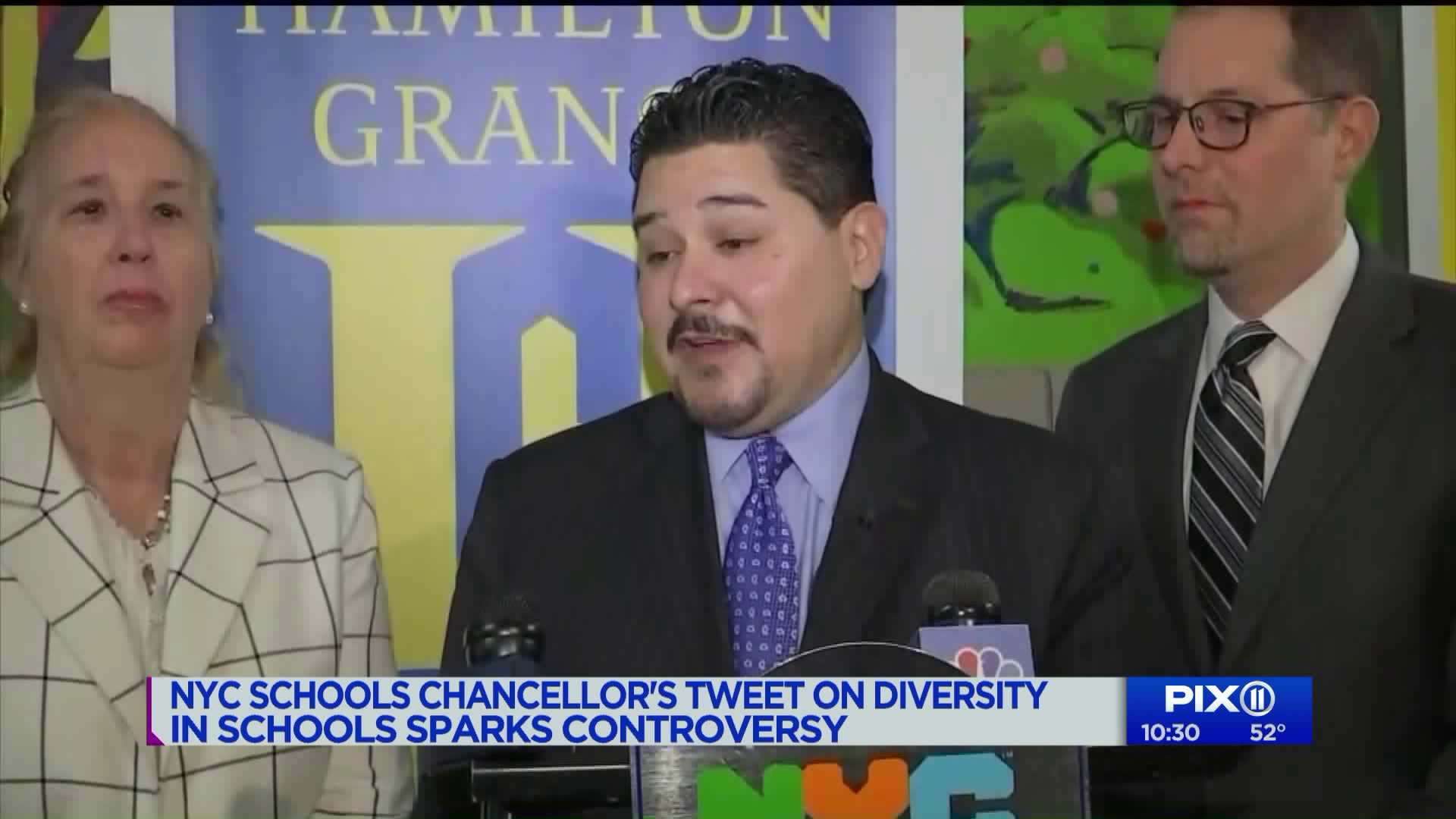 The new head of New York City`s public schools waded into controversy Friday with a late-night tweet that seemed to accuse some white parents of not wanting their kids to go to school with black children.

NEW YORK — The new head of New York City's public schools waded into controversy Friday with a late-night tweet that seemed to accuse some white parents of not wanting their kids to go to school with black children.

The headline by the site Raw Story was about a meeting Tuesday where some parents expressed anger over a plan to increase diversity at middle schools on the Upper West Side by reserving 25 percent of their seats for students scoring low on standardized tests.

The article linked to a video report on the meeting that aired on TV station NY1.

Some parents attending the meeting said the diversity plan might result in high-performing children being shut out of their first-choice middle schools.

One woman who did not give her name to NY1 complained that the school system would be "telling an 11-year-old, 'You worked your butt off and you didn't get that, what you needed and wanted.'"

One middle school principal at the meeting said the comments were offensive.

Henry Zymeck, the principal of The Computer School, said parents were implying, "My already-advantaged kid needs more advantage! They need to be kept away from those kids!"

The NY1 report on the meeting and Carranza's 1 a.m. Friday retweet of the Raw Story piece were widely shared on social media.

But the retweet of a headline accusing some white parents of "ranting" struck a far less conciliatory tone than anything his boss, Mayor Bill de Blasio, has said about school segregation.

Asked about the retweet on WNYC radio, de Blasio, a Democrat, said, "Look, I don't think he at all intends to vilify anyone. He's not that type of person."

A spokeswoman said Carranza stands by the tweet but wants to clarify that words in the headline were not his.

Carranza said in an interview with The Associated Press on Tuesday — the same day as the heated meeting — that New Yorkers "want diversity in everything, not the least of which is schools."

He added, "It has to be a balanced conversation and we have to be really careful about how we have the conversation."