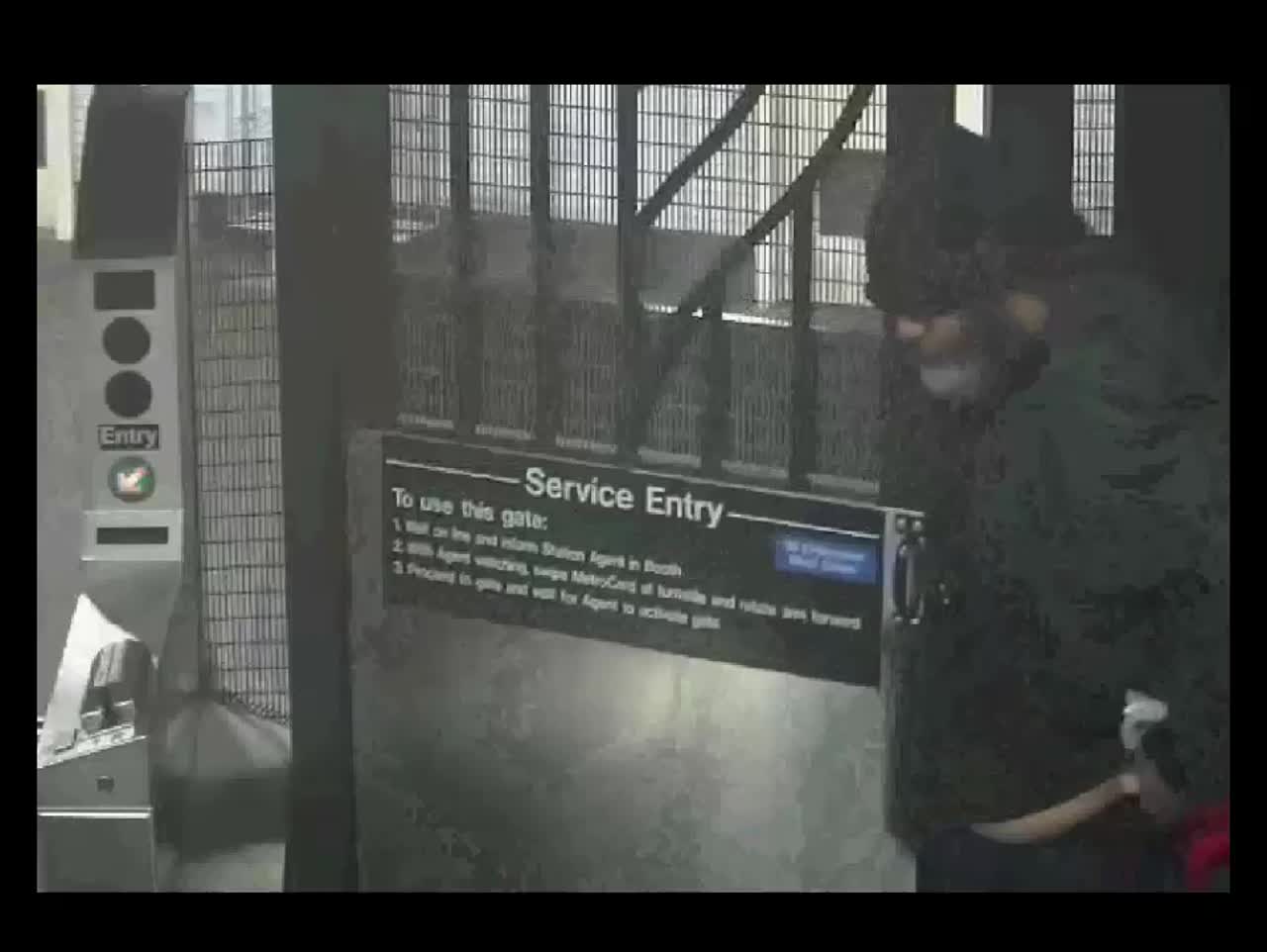 LOWER MANHATTAN — Authorities are searching for the man who attempted to light an MTA worker on fire Wednesday afternoon, police said.

Around 4:48 p.m., the man engaged in a verbal dispute with a 44-year-old MTA token clerk inside the Fulton Street subway station, said police.

During the altercation, the man wrote profanities and a threatening message on the glass of the booth before lighting multiple matches and throwing them into the booth’s money slot, according to police.

He also lit a piece of paper on fire and threw it at the booth, said police.

He was last seen fleeing to the A/C platform to parts unknown.

The clerk did not suffer any injuries and the matches thrown into the booth were flamed out, said police.