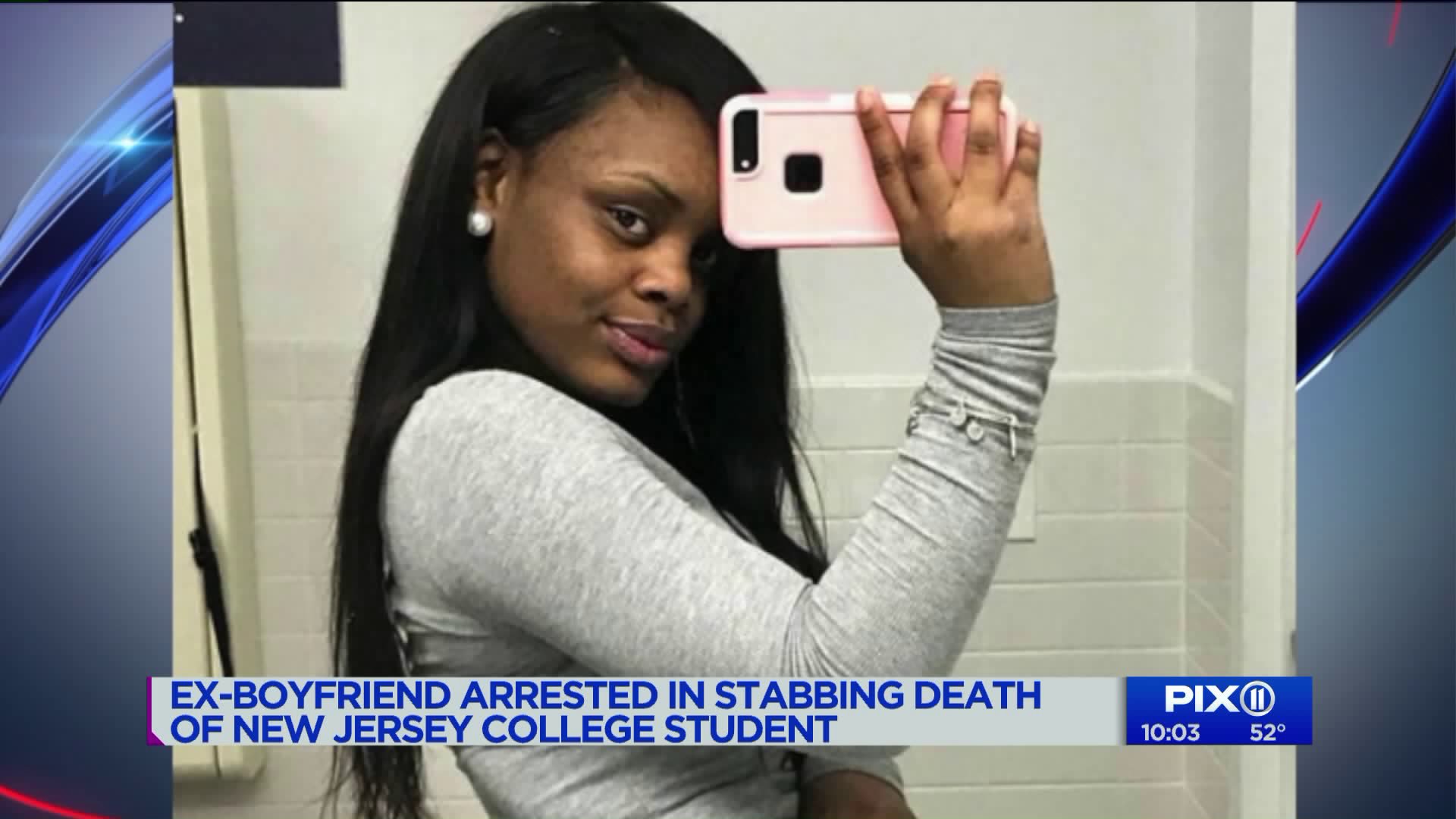 NEWARK — A man has been arrested in the death of a woman was stabbed outside a home in Montclair, N.J.  early Friday morning, officials confirm.

Akirah Townes, 20, of Orange, was found around 6 a.m. outside the residence on Hartley Street in Montclair, according to acting Essex County Prosecutor Robert D. Laurino and Montclair Police Chief Todd M. Conforti.

The incident happened as Townes was attempting to leave on a trip to Virginia Beach, authorities say.

Townes was transported to St. Joseph’s Regional Medical Center in Paterson where she was pronounced dead at 6:42 a.m.

Ahighah Broomes, 21, of Orange, was taken into custody a short time later and charged with murder of Townes. Authorities say it appears that the victim and suspect were in a relationship at some point in the past.

As detectives were searching for Broomes, he turned himself in at the Orange Police Headquarters.

Since news of Townes' death broke, her Facebook page has been flooded with condolences.

"Wow, I can’t believe this... You had so much going on for you and brought so much positive energy and Joy to people. Praying for the family. #wewillalwaysbecheersisters ❤😘 Rest In Peace."

"R.I.P love sad your life was taken so soon so young the world we live in today is full of hate why would someone do this to you A very beautiful young girl who has such a big family I’m happy I was able to meet you and your amazing family and I’m praying for your family and I hope they find the person just to get the closure they need Rest up now baby girl Justice for Akirah Townes"

"It’s crazy how someone could be in your life one day and gone the next. Akirah you baby girl are STILL something special to everyone life you impacted. You knew how to turn someone’s day right side up when it was upside down. You are loved and will be truly missed! Rest in Paradise love! 👼🏼😇👏🏾"

At this time no arrests have been made. The investigation is active an ongoing.