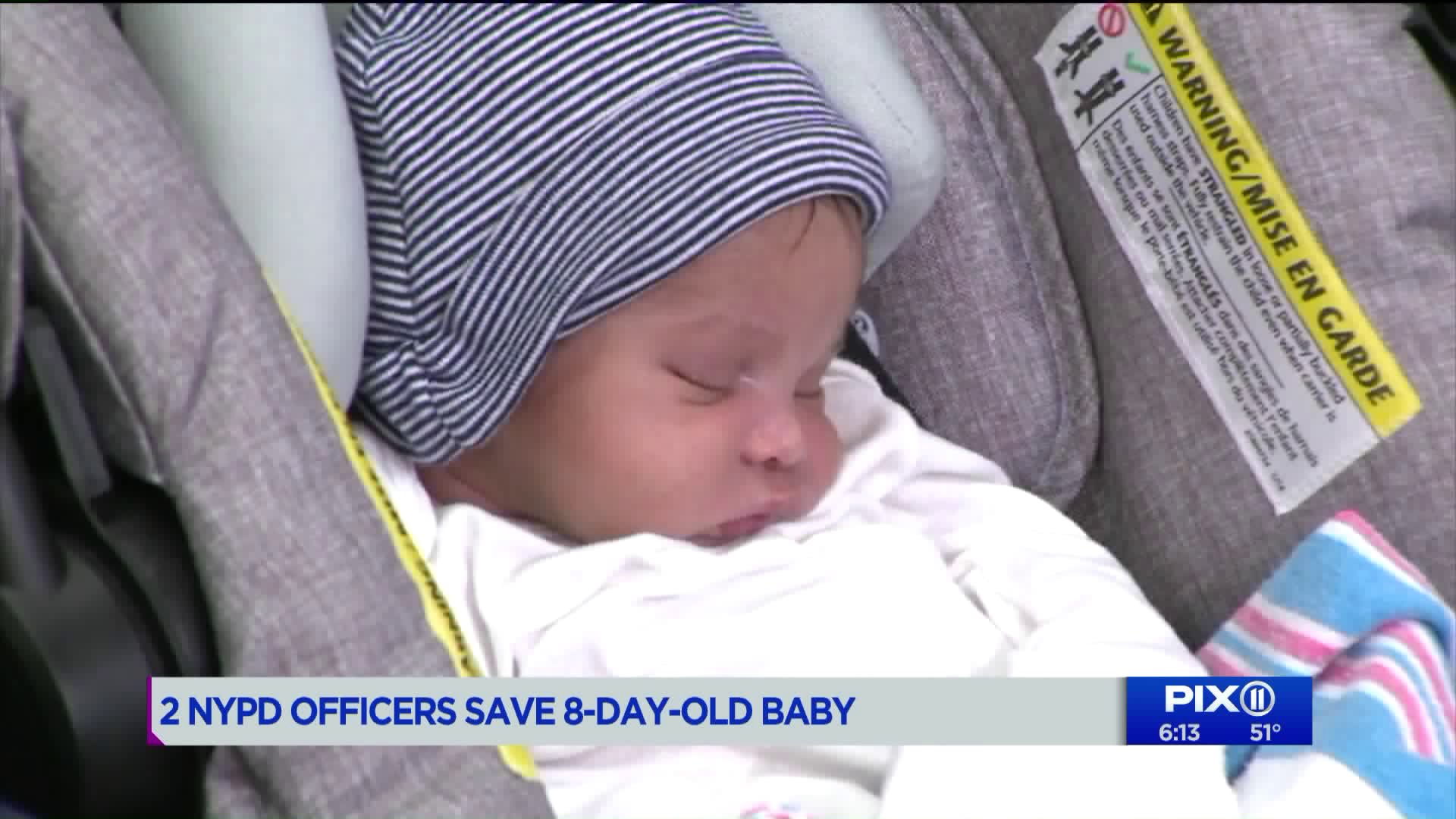 THE BRONX, N.Y. — A Bronx mother is thanking NYPD officers for giving her baby boy a second chance at life.

Baby Ray, now just 2-weeks-old, was breathing and peacefully sleeping Friday at the 48th precinct in the Bronx.

Officers Elizabeth Velazquez and Daniel Wynohradnyk were sitting in their patrol car on April 19 when they saw Ray’s mother, Lizabeth, running and screaming for help. She told them she was feeding her infant, when all of a sudden he choked on the milk and stopped breathing.

Wynohradnyk made another split-second decision to rush the baby to the hospital.

“We thought it would best, it was the best chance the baby had," he said.

With the help of the officers and hospital nurses, Ray is doing much better, according to his mom.

Both officers tell PIX11 it was their first time saving a baby’s life.

Proving not all heroes wear capes, Officers Velazquez & Wynohradnyk rushed into action while responding to a 911 📞 of an 8 day old baby that was blue and not breathing. The officers performed CPR on the newborn while 🚔 rushing him to the hospital ultimately saving his life. pic.twitter.com/Fz5c3vg84b