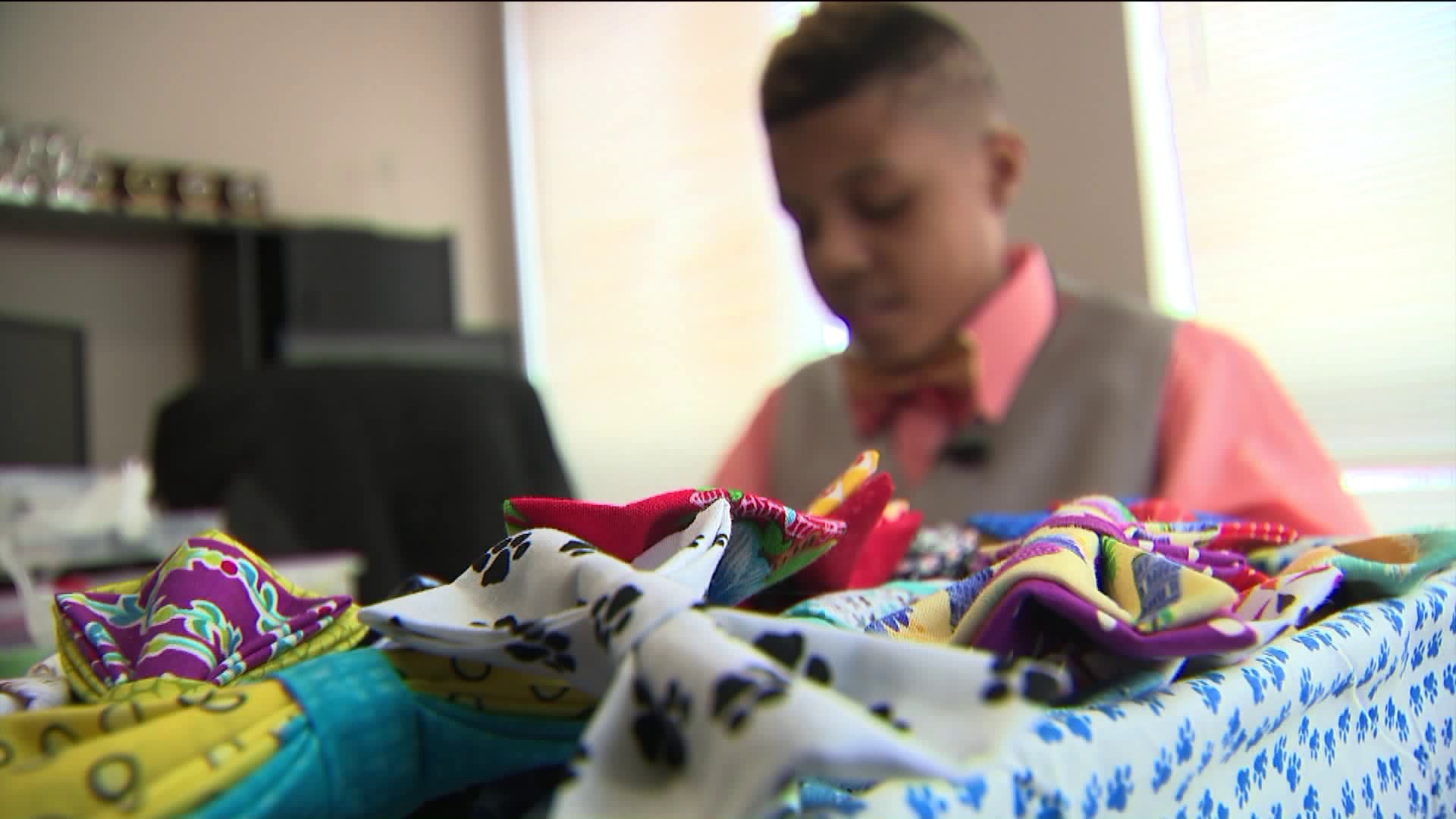 Darius Brown has a love for dogs and wanted to find a way to help dogs in shelters get adopted, so when he saw all the dogs displaced after Hurricanes Harvey and Irma, the 11-year-old created his company Beaux and Paws.

NEWARK, NJ — How many 11-year-olds can say the impact they have done caught the attention of former president Barack Obama?

Darius Brown has a love for dogs and wanted to find a way to help dogs in shelters get adopted.

Darius created his company Beaux and Paws after he saw the devastation caused by Hurricanes Harvey and Irma and wanted to help displaced dogs, and it worked!

Darius’ bow ties have even been featured in a New York City pet fashion show.

In March, he received a letter signed from Barack Obama encouraging him to never give up.

“Know that I’m rooting for you in all you do, and I wish you the very best,” the letter read.

Not only does he have the support of Obama and over 16,000 Instagram followers, he also has countless four-legged friends he has helped find a home for.

Darius hopes to expand his business with an online store.