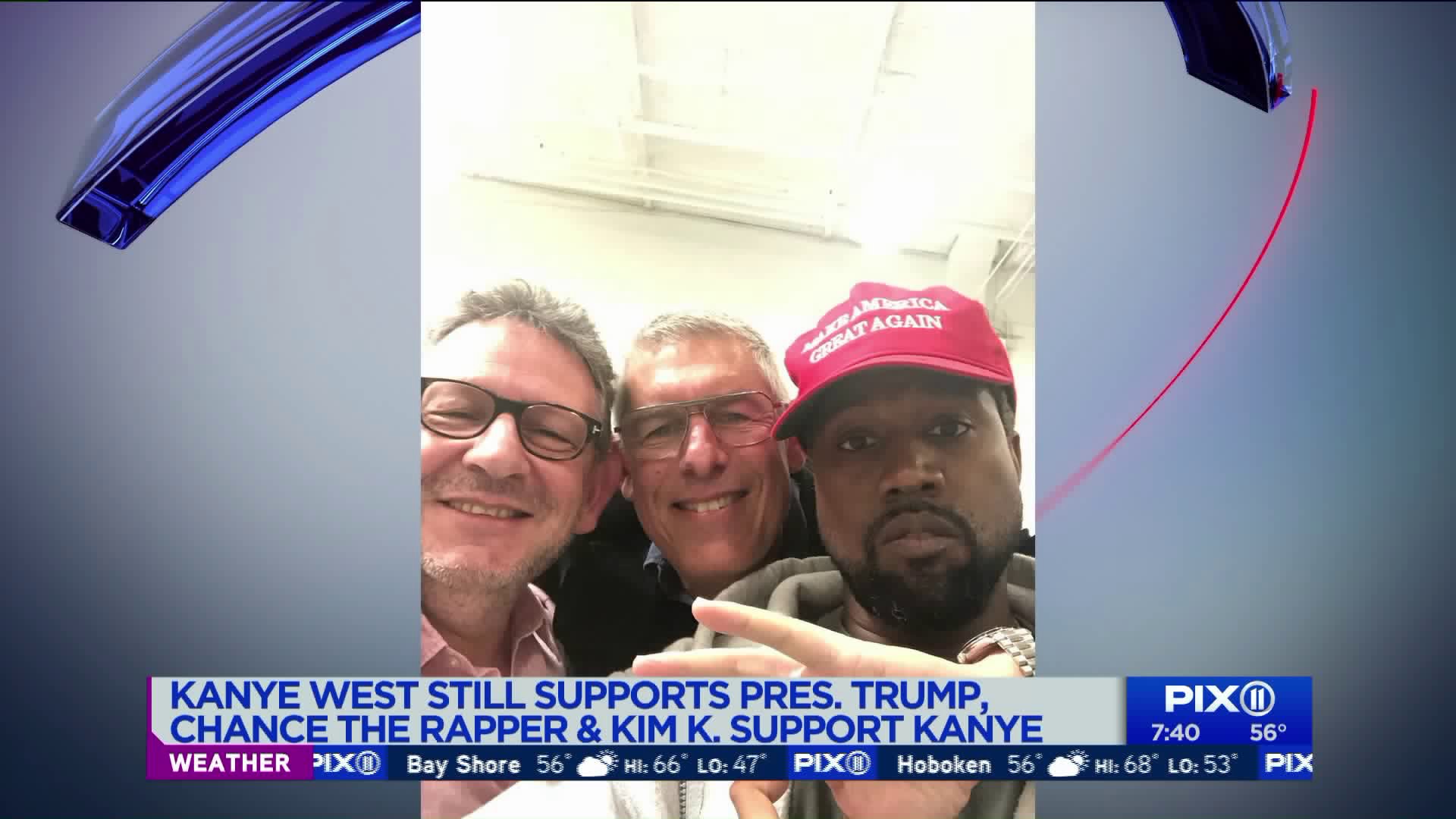 Kanye West`s recent praise of President Donald Trump has left some of the rapper`s fans aghast, but fellow Chicago rapper Chance the Rapper and West`s wife Kim Kardashian have come to his defense.

WASHINGTON — Kanye West's recent praise of President Donald Trump has left some of the rapper's fans aghast, but fellow Chicago rapper Chance the Rapper and West's wife Kim Kardashian have come to his defense.

Singer Kanye West and President-elect Donald Trump arrive to speak with the press after their meetings at Trump Tower Dec. 13, 2016. (TIMOTHY A. CLARY/AFP/Getty Images)

Chance the Rapper, who has been critical of Trump in the past, tweeted, "Black people don't have to be democrats."

"Next President gon be independent," he added in another tweet.

In a series of tweets in which she slams "the media" for suggesting that West is "having mental health issues," Kardashian characterized her husband as a "free thinker" who is "ahead of his time" and said that although she disagrees with him on Trump, she believes "in people being able to have their own opinions."

"Now when he spoke out about Trump... Most people (including myself) have very different feelings & opinions about this. But this is HIS opinion. I believe in people being able to have their own opinions,even if really different from mine. He never said he agrees with his politics." she tweeted.

Meanwhile, West praised Trump in a series of tweets on Wednesday and shared a picture of himself wearing a "Make America Great Again" hat with the caption, "we got love."

The praise generated a prompt response from the President himself, who tweeted, "Thank you, Kanye! Very cool!"

West's praise of Trump is jarring to many of his day one fans, who remember when the rapper slammed then-Republican President George W. Bush on public television.

Chance the Rapper responded to a Wednesday tweet from Ebro Darden, who asked whether West has recently spoken with some of his fellow Chicago artists.

"Talked to him two days ago. He's in a great space and not affected by folk tryna question his mental or physical health. Same Ye from the Vmas, same Ye from the telethon," Chance tweeted, referencing that viral 2005 moment.