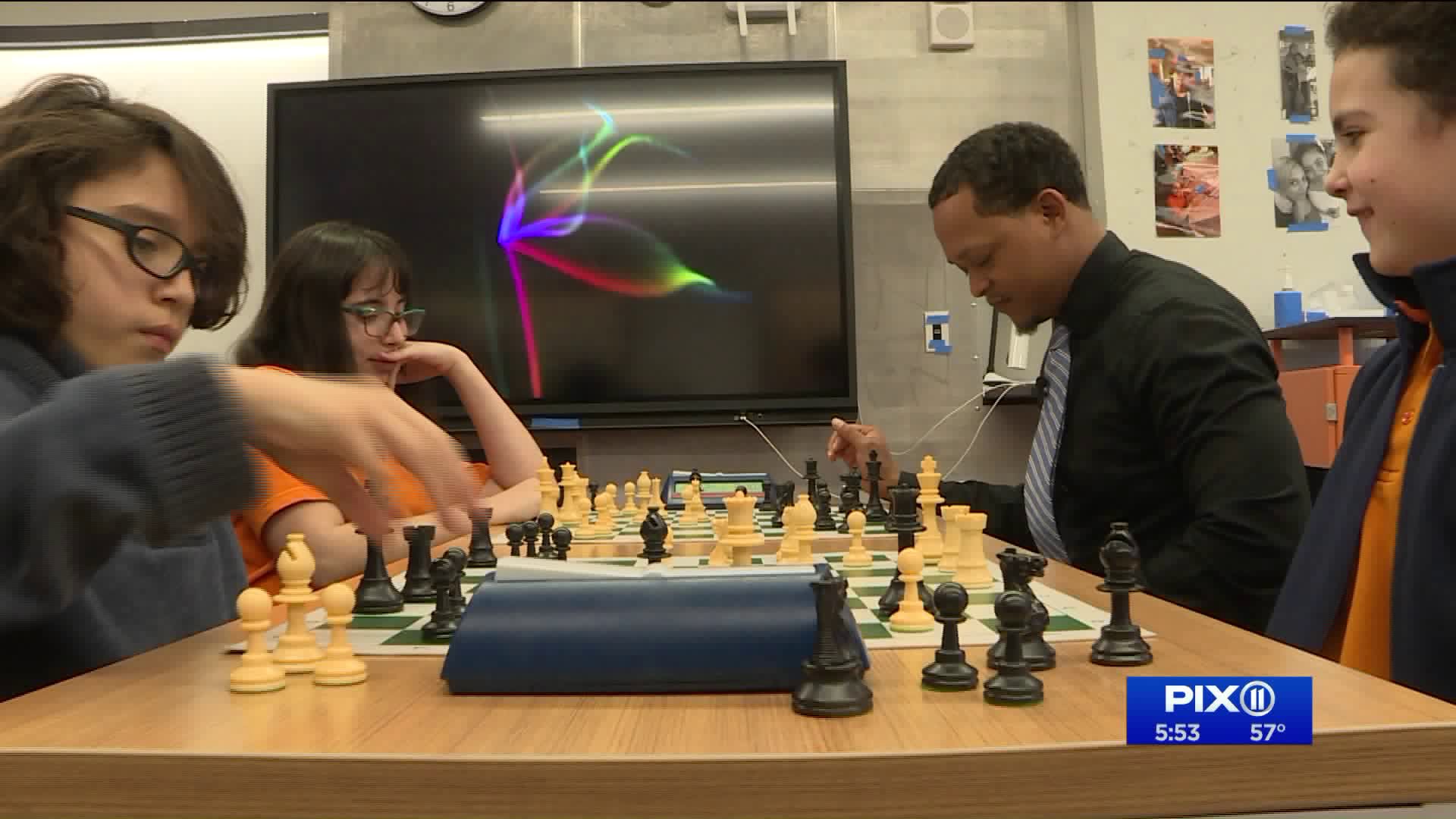 NEW YORK – From the great Kasparov to Bobby Fisher, the game of chess has long been dominated by men where, in terms of popularity, boys out number girls 20 to 1.

But at Success Academy Hudson Yards in Manhattan, “queens” reign supreme. The charter school took home six trophies at the 15th Annual All-Girls Chess Championship in Chicago this past weekend.

Success Academy tied for first place in the under-18 division, while sixth grader Nura Baalla was named National Champion in the under-12 division.

“It felt amazing because I never won first place in my life before,” Baalla told PIX11 News.

The sixth grader was exposed to chess at an early age – a common thread with most of the students at Success Academy where administrators say the mission is not only to close the gender gap in chess, but also to expose the game to groups typically under represented like females and minorities.

“It’s something that has to be cultivated and taken care of because as they get older sometimes they do gravitate toward other things,” chess coach Christopher Johnson said. “Here the girls love chess.”

The champs – who even got a shout out from Mayor de Blasio in a tweet where he congratulated them for their epic win over the weekend, all have their reasons why they love the game and when it comes to the notion that chess is a boy’s game, these girls aren’t buying it.

“If someone says that chess is for boys, they should try playing chess and seeing how good they are against us girls,” fifth-grader Rachel Prizant told PIX11.

Next month, the team heads to Nashville to compete in the 2018 National Elementary Championship. ​