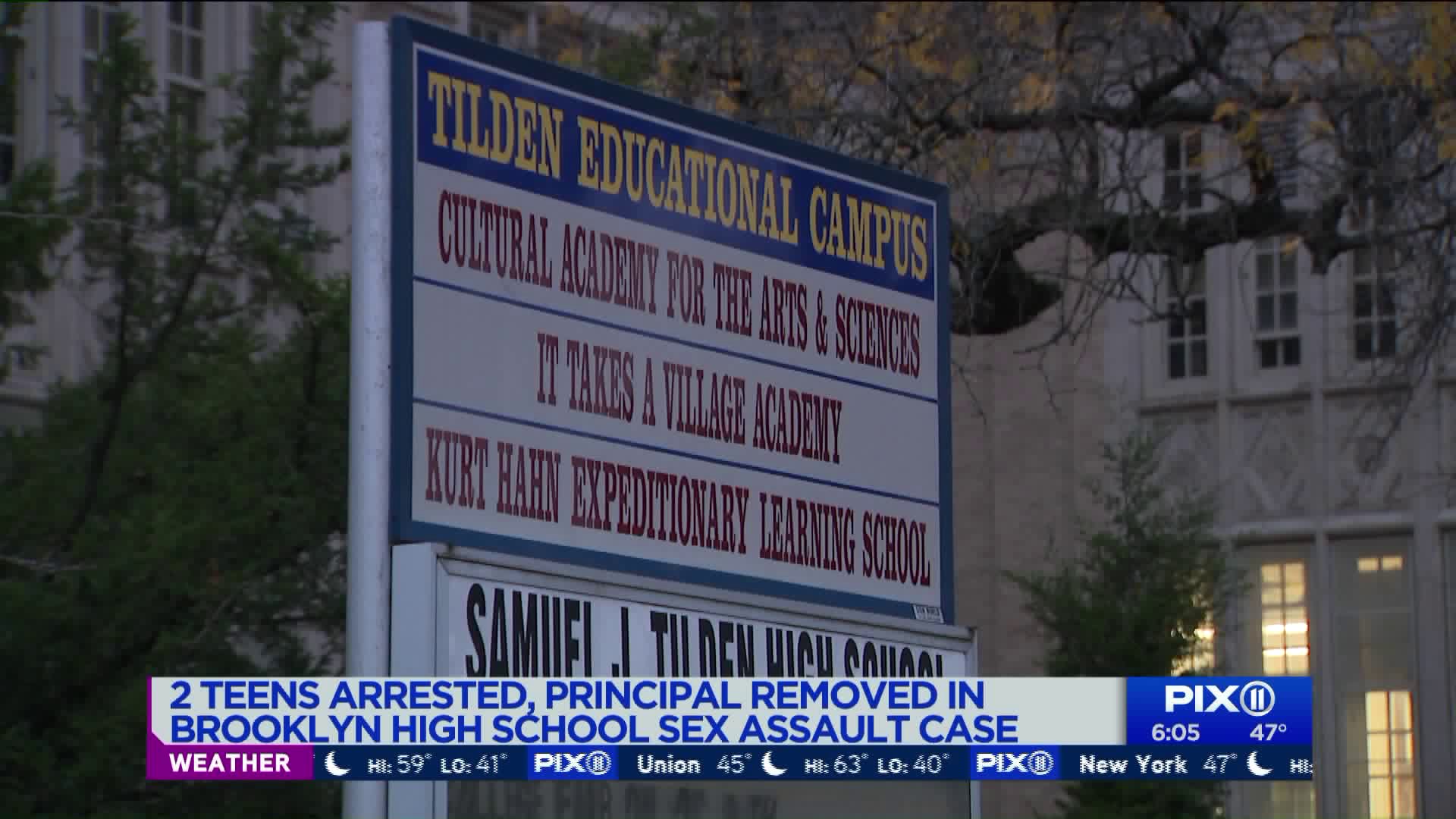 Two teenstudents were arrested and a principal was removed from her job in a sex assault case at a Brooklyn high school.

EAST FLATBUSH, Brooklyn — Two teenage students were arrested and a principal was removed from her job in a sex assault case at a Brooklyn high school, police confirmed Monday.

A 14-year-old freshman at It Takes a Village Academy reported to school officials that he was chased into the boys' locker room by a group of bullies and groped on Nov. 3 2017. Three upperclassmen were suspended in connection to the incident.

But the school did not report the crime to police and the victim's mother called cops herself on Nov. 6.

The school principal, Marina Vinitskaya, was removed from her position for failing to report the crime to police.

“There is absolutely no place for this type of behavior in NYC schools and the administration must be held accountable,” Scott Rynecki, a lawyer for the victim's family, said in a statement. “The Department of Education must increase security and training to prevent these horrific incidents from occurring."