Will ‘one of the biggest takedowns of an MS-13 leaders in the U.S’ stop the violence? 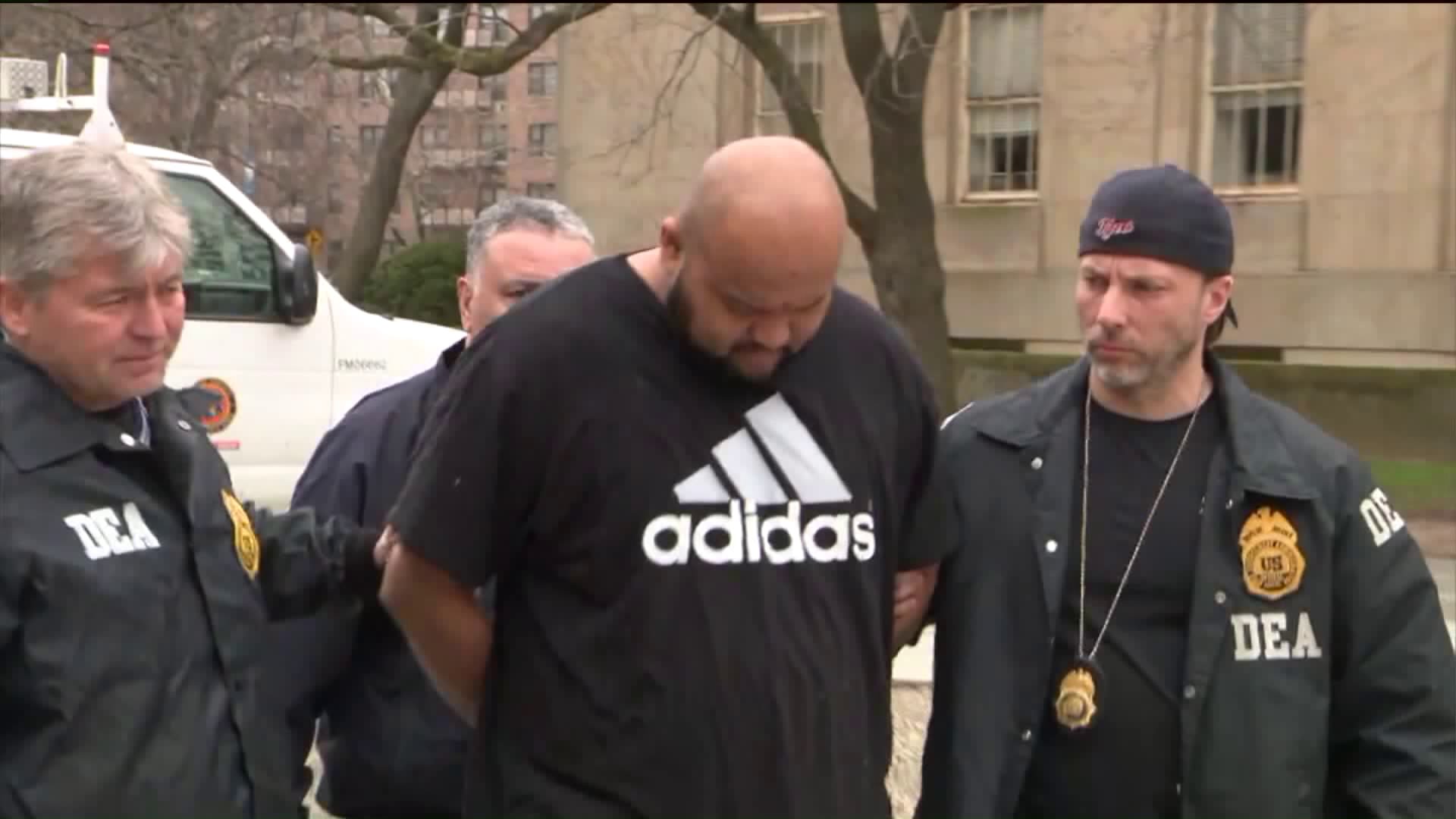 MINEOLA, NY — A major blow to gang violence was on display Thursday morning as federal and local investigators led Miguel Angel Corea Diaz, a 35-year-old alleged major regional leader of the MS-13 gang, out of lockup and into court, to be arraigned on a list of felony charges.

"He chose his victims like the Grim Reaper, killing everyone in his wake," James Hunt, Drug Enforcement Agency special agent in charge, said at a news conference following Corea Diaz's arraignment.

"Reaper" is the nickname that Corea Diaz chose for himself. Detectives say that the native of El Salvador moved to Maryland and built a crime and violence empire. It included both murders and drug deals on behalf of the MS-13 crime organization, of which he is a key member, according to the prosecutor.

“What began as a routine narcotics investigation suddenly mushroomed into a huge operation, and one of the biggest takedowns of an MS-13 leader in the United States," Nassau County District Attorney Madeline Singas said at the morning press conference."

The gang is either suspected of, or proven to be behind, more than 30 murders on Long Island in the last five years, with almost all of their victims being in their teens or twenties.

If Corea Diaz did not have a direct hand in those homicides, he is, according to the prosecutor, no stranger to MS-13's murderous ways.

“He was ordering hits,” Singas said. "He was describing to other members how it is [that] they ask permission to make a hit on a person.”

Corea Diaz even told gang members how deep to make the wounds in stabbing and mutilation victims, according to investigators.

They alleged that he ran a multi-million dollar drug and murder operation with heavy activity on Long Island, and in the Bronx, New Jersey, Maryland and southeast Texas.

Corea Diaz was also arrested in that operation, but was taken into custody in Laurel, Maryland, where he was living. It took until now for him to be extradited here to New York.

There have apparently been rumors that gang killings could increase now that a major gang leader is locked up. However, sinceCorea Diaz was taken into custody last January, there has not been a measurable increase in MS-13-related violence.

There may even be a call from MS-13 for members to try and kill police. That’s merely hearsay which, the prosecutor said, law enforcement is nonetheless ready for.

“They should know that we're watching them,” Singas said. "Just like we took down the last leader, we’ll take down the next leader.”

The judge did not grant him any bail.