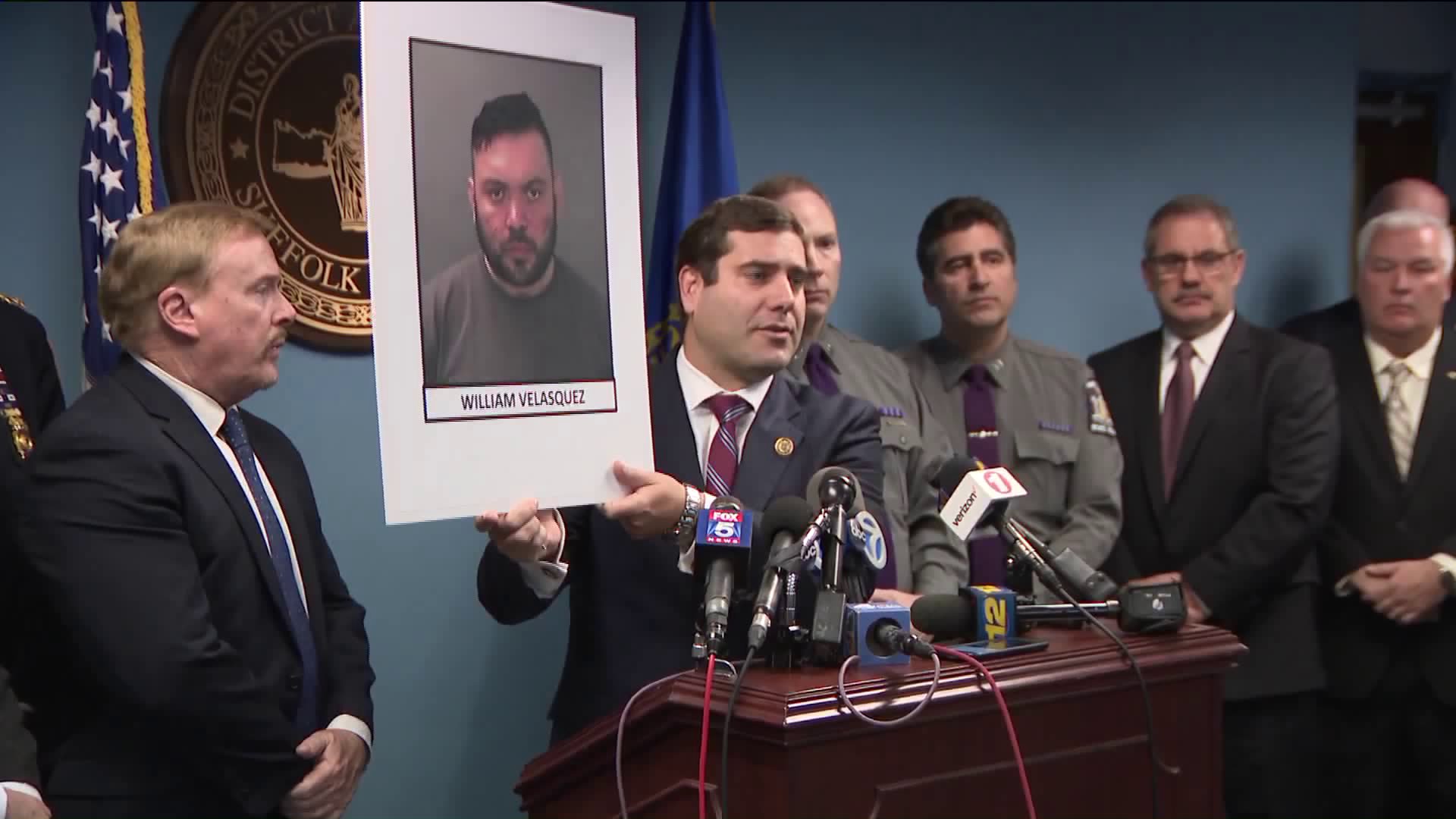 Heroin, fentanyl and tens of thousands of dollars in cash were seized on Long Island. Agents found more than a million doses of fentanyl.

Heroin, fentanyl and tens of thousands of dollars in cash were seized on Long Island.

“You’re talking well over one million doses of fentanyl on the street,” Suffolk County District Attorney Timothy Sini said at a news conference in Hauppauge Thursday.

Sini was joined by local, state and federal law enforcement to announce the arrest of 38-year old William Velasquez, an undocumented immigrant from El Salvador, who is now charged with operating as a major drug trafficker.

Members of the DEA's NY Drug Enforcement Task Force who were tracking Velasquez approached him on Long Island Wednesday, but he ran, according to DEA Special Agent in Charge James Hunt.

“We caught him, got a search warrant for his house and found 41-kilograms of what’s believed to be a mix of heroin and fentanyl,” he said.

That’s about 90 pounds of packaged heroin and fentanyl found throughout the house in addition to about $80 thousand in cash.

“Fentanyl is 50 times stronger than heroin,” said Hunt. “Traffickers want to put enough to get them high so they come back for more but often times they’re killing them.”

Whiles thousands of lives have been saved with the opioids now off the streets, law enforcement officials say they know Velasquez wasn’t operating alone.

“Our message is consistent, you’re selling drugs in Suffolk county we’re coming for you," he said.

If convicted Velasquez faces 25 years to life in prison.

Investigators are looking into whether the bust is connected to the violent MS-13 gang, law enforcement sources said.