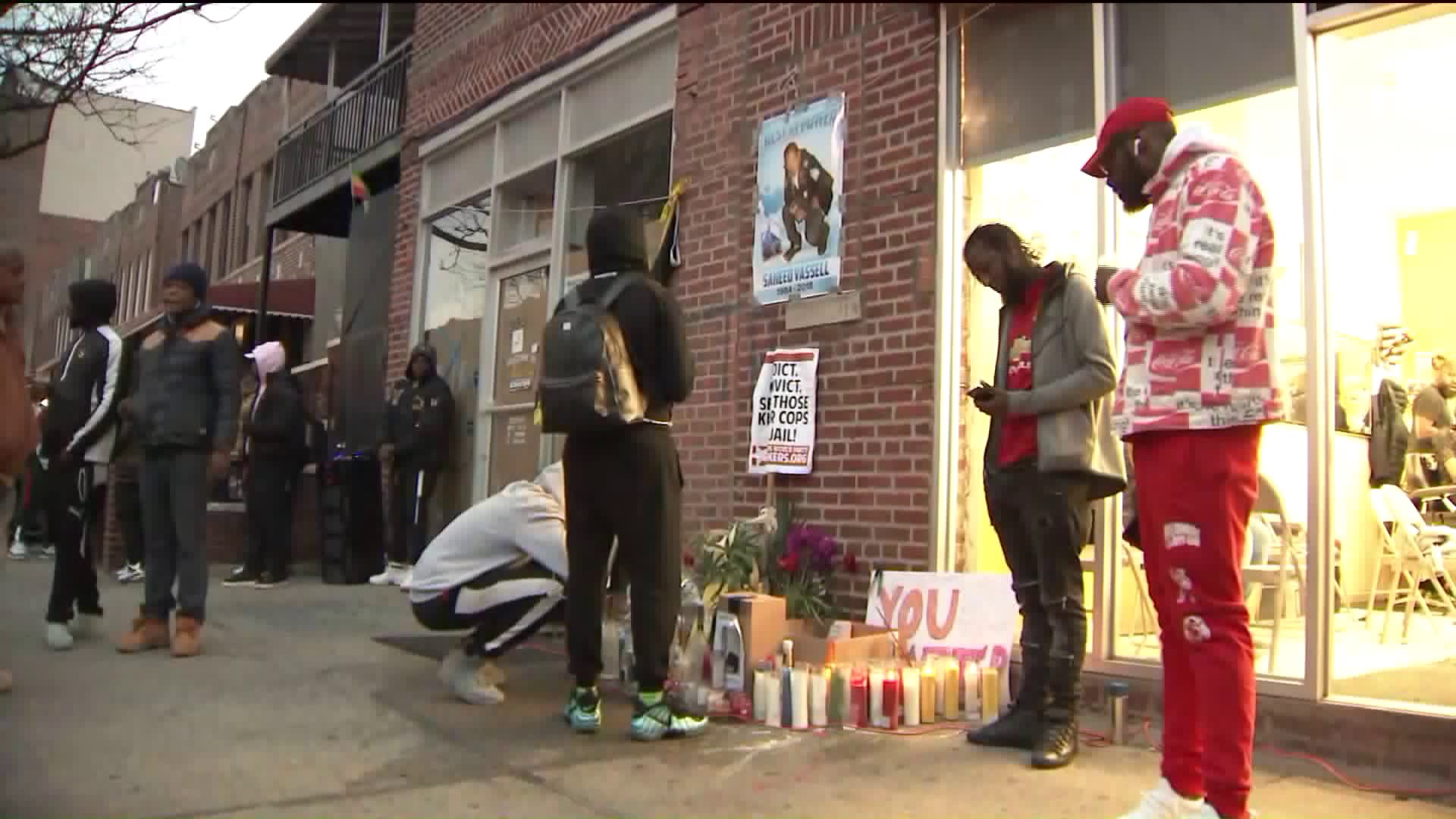 Police have released new surveillance video as officers responded to the call regarding the fatal Crown Heights shooting that killed a man.

Video shows the moment police officers arrived on scene with guns drawn, responding to reports of Saheed Vassell pointing his gun at civilians.

As the community and the Legal Aid Society call for justice for Vassell, they continue to ask for more information on the fatal shooting, urging police to release the names of the four officers who shot Vassell.

As the Attorney General has launched an investigation into whether the shooting was justified, police say they are releasing footage in NYPD possession.

“The NYPD is releasing the only footage in NYPD possession at this time that captures the shooting on video.  The incident remains under investigation, and any and all materials discovered in the course of this investigation are being delivered to the Attorney General,” they said.

Previously released videos show Vassell, 34, running up to strangers and pulling what looked like a silver gun, as well as transcripts from some of the 911 reports of an armed man pointing a weapon.

The NYPD said there is no body camera footage from the responding officers.

Four officers fired 10 shots, later finding out that Vassell was holding a pipe/shower head, not a gun.

The NYPD said they release the names of officers involved in shootings, citing officer's safety and security in fear of retribution.