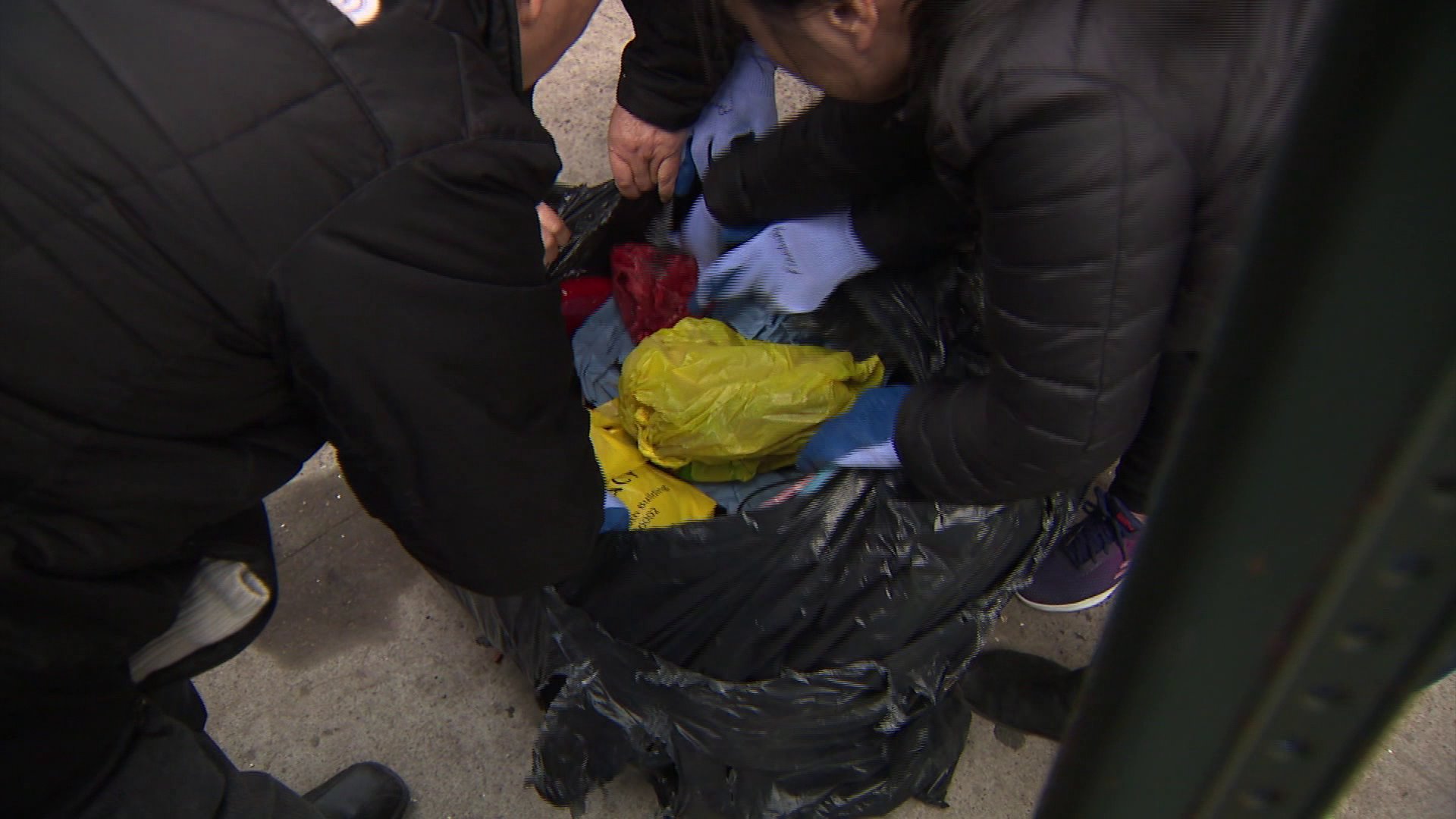 Dozens of tenants made homeless by a forced evacuation were horrified to discover a dumpster full of their belongings in front of their Chinatown home on Wednesday. A woman says she was kicked in the chest by a worker when she tried to stop him.

CHINATOWN, Manhattan — Dozens of tenants made homeless by a forced evacuation were horrified to discover a dumpster full of their belongings in front of their Chinatown home on Wednesday.

They left on Jan. 18 because of a problem with the main stairwell and the city initially gave landlord Joseph Betesh a two week deadline to fix the problem. Betesh said it couldn't be fixed by then and asked the Department of Buildings for more time.  Tenants have been waiting to return to their homes since.

Many are living down the block and check their home every day. One spotted workers hauling trash bags into a dumpster. A tear in one bag showed their belongings inside.

Jin Shuo, a woman who's lived in the building for 10 years, says she was kicked in the chest by a worker when she tried to stop him. Her father tried to defend her, and they tried to hit him. She was afraid about what might happen to him, so they left.

Horrified Assemblywoman Yuh-Line Niou rushed to the scene when she heard what was happening.

"I cannot believe somebody physically assaulted her. That's really upsetting," she said. "There's no reason for them to throw away anyone's things - even garbage or refuse."

A spokesperson for Betesh  said workers only intended to throw out perishables, but residents found clothing, books and medicine in the trash.

“No usable items belonging to the families of 85 Bowery were intentionally discarded. Some items removed from the building were discarded because they were perceived to be perishable food or in contact with perishable food and/or other unusable items," the spokesman said, noting that nothing would be thrown out going forward. "We also understand that some families of 85 Bowery have argued that their belongings were discarded."

Additional belongings from tenants at 85 Bowery will be brought to storage facilities at Betesh's expense.