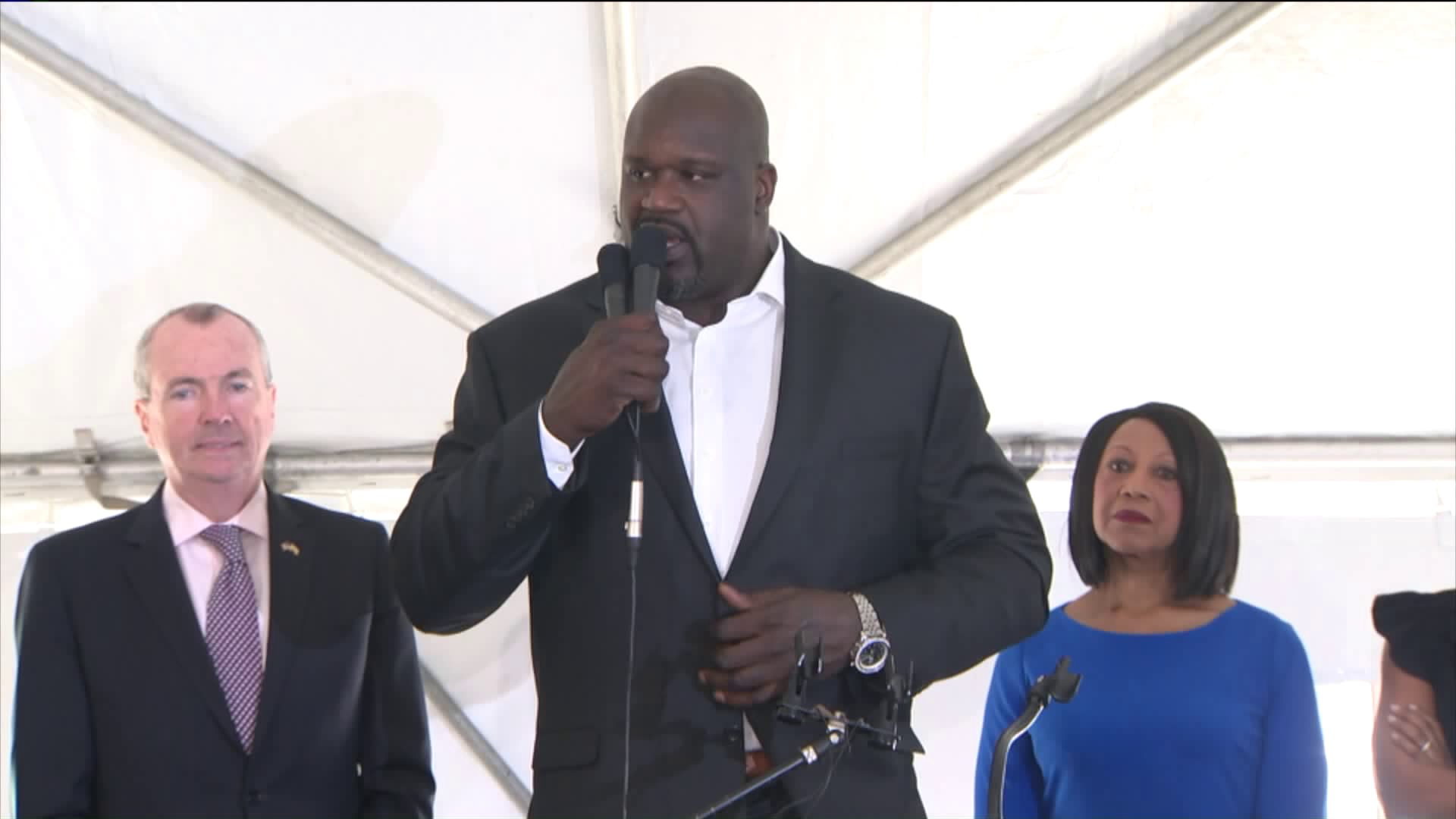 NBA star Shaquille O`Neal is making his mark on the skyline of his hometown. HIs name is on the first high-rise to be built in Newark in 50 years.

NEWARK NJ — NBA star Shaquille O’Neal is making his mark on the skyline of his hometown.

O’Neal grew up in public housing in Newark, and his mother before him.

“My mother says to me, 'I remember when this city used to be beautiful. Somebody needs to come by and invest in the city again,' and she gave me a big elbow to the chest,”  O’Neal said.

But O’Neal is not the only investor in town. Billions have been pouring into the city.

Goldman Sachs helped fund this latest project comprised of 165 luxury units at 1 Rector St. The investment bank has spent more than $600 million in Newark, the bulk of its $1 billion allocated for New Jersey.

So much revitalization is underway that even O’Neal said he's moving home.

“It took awhile to get here,” he said.

O’Neal partnered with Boraie Development, Goldman Sachs, the city of Newark and the state of New Jersey to make it all happen.

“Yet another piece of evidence that this city is on the rise,” said Gov. Phil Murphy (D-NJ), who toured the building Tuesday.

With views of the Manhattan skyline and seated on the bank of the Passaic River, it's the first high-rise to be built in Newark in 50 years.

“What it really represents is 50 years of progress because 50 years ago, someone that looks like me and my family... it was a different group of people doing these projects,” said Wasseem Boraie, vice president of Boraie Development.

The governor has committed state funds to an apprenticeship program that will train workers in construction trades to meet the booming demand and the city has a program set up that gives Newark residents a first shot at getting jobs on construction sites.

And O’Neal is not done yet. He and his partners already have an even bigger project in development: a 350-unit waterfront apartment building that with Manhattan views that’ll be going up at 777 McCarter Highway.