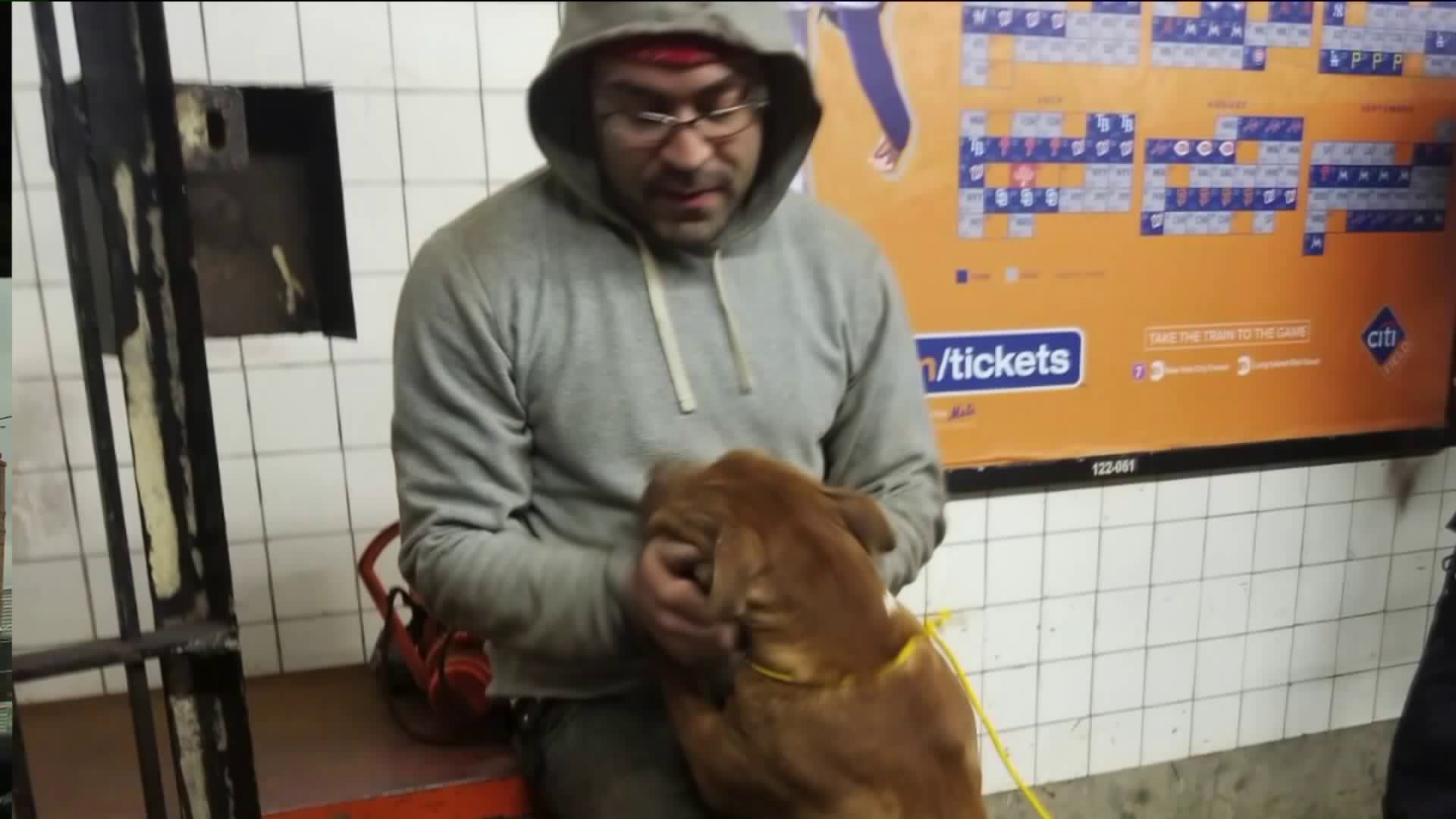 An MTA subway track inspector sprang into action Monday morning, rescuing a dog that wandered into a subway tunnel. He spotted the limping dog and pulled him from the subway tracks and up to the platform.

WILLIAMSBURG, Brooklyn — An MTA subway track inspector sprang into action Monday morning, rescuing a dog that had wandered into a subway tunnel.

The dog was first spotted along the Manhattan bound L train tracks in Brooklyn. A conductor followed him as he limped past nine subway stations.

Edlin Cruz finally caught up with the dog at the Graham Avenue station in Williamsburg.

Cruz got down onto the tracks to help.

"As soon as I jumped down actually, he curled down to the floor," Cruz said.

The male pit bull was pulled up to the platform. MTA workers gave him food and water.

The dog's current whereabouts were not immediately known.