‘They murdered my son’: Family demands answers after man fatally shot by police in Crown Heights 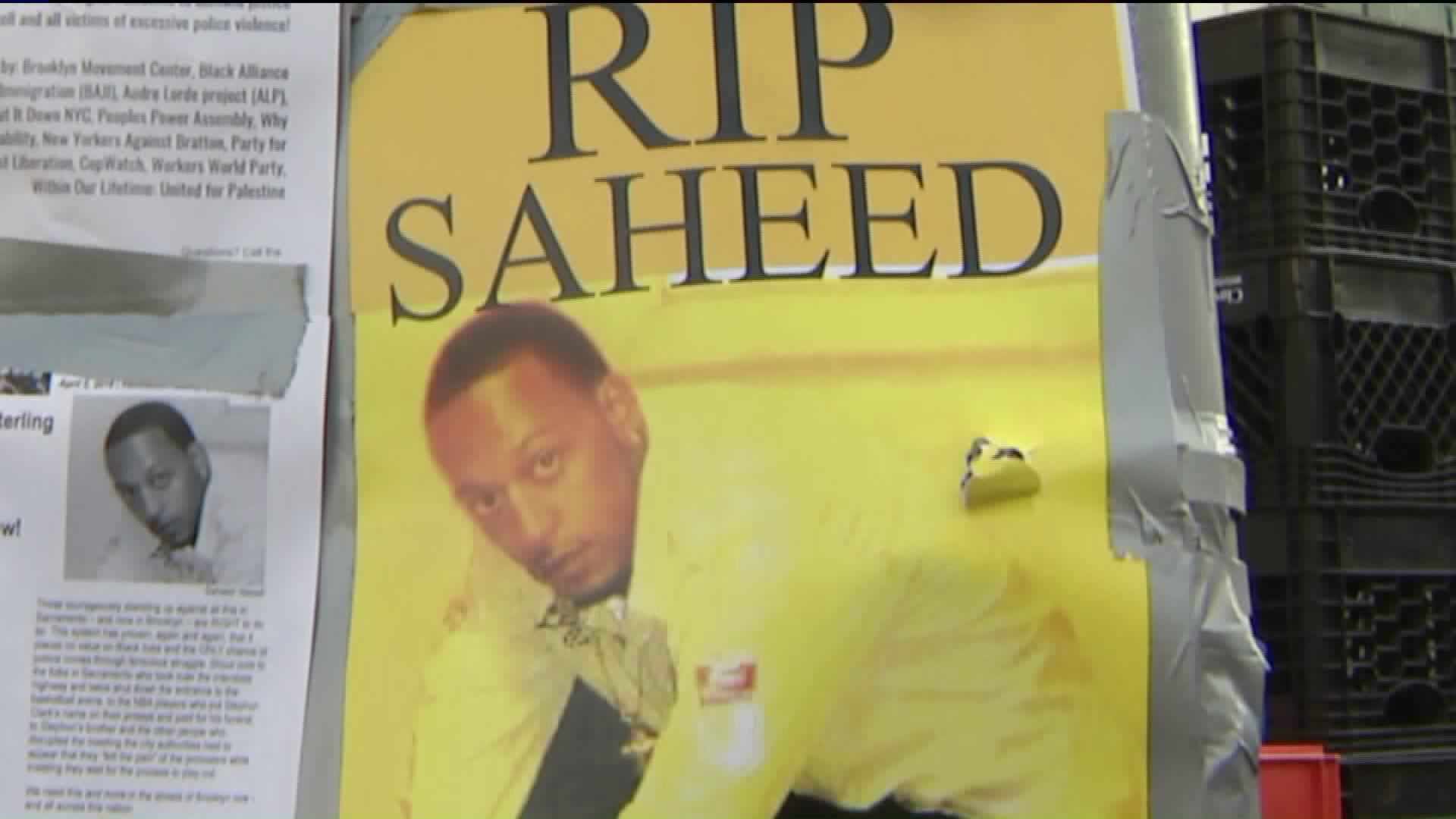 Officers fatally shot the man in Crown Heights after he aimed at them with what was actually a pipe with a knob on the end. Four officers fired at Saheed Vassell, a 34-year-old father, 10 times.

CROWN HEIGHTS, Brooklyn — There’s nothing more moving or heartbreaking than to hear the words of a mother who lost her son 24 hours earlier.

“My son was not homeless and he was not violent,” Lorna Vassell, the mother of the man shot dead by police, said.

Lorna Vassell spoke to hundreds on the corner of Montgomery and Utica Avenue, many holding black lives matter signs.

“I want justice for Sayeed,” the mother said. "They murdered him.”

The New York State Attorney General has launched an investigation into whether the police involved shooting of Saheed Vassell was justified.

Police released surveillance footage of the 34-year-old man as he runs up to strangers on the street with what looked like a gun, moving in close. Several people called 911 in panic.

When police arrived, they say Vassell took this stance, pointing at officers.

“I saw him on the ground, crumpled up like a pretzel,” Betty Key, an eyewitness and community activist, told PIX11. “He was shot in the head, the arm, his leg.”

Four officers fired 10 shots, later finding out that Vassell was holding a pipe/shower head, not a gun.

Mayor de Blasio was very careful not to blame the police officers or the victim.

The NYPD also released transcripts from 911 calls leading up to the shooting.

One person said, "There’s a guy walking around the street, he looks like he’s crazy but he’s pointing something at people that looks like a gun and he’s popping it, as if like, if he’s pulling the trigger.”

From the corner where the shooting took place, many marched to the 71st precinct stationhouse to demand justice.

Police have not answered the question of whether words were exchanged between Saheed Vassell and the police officer.