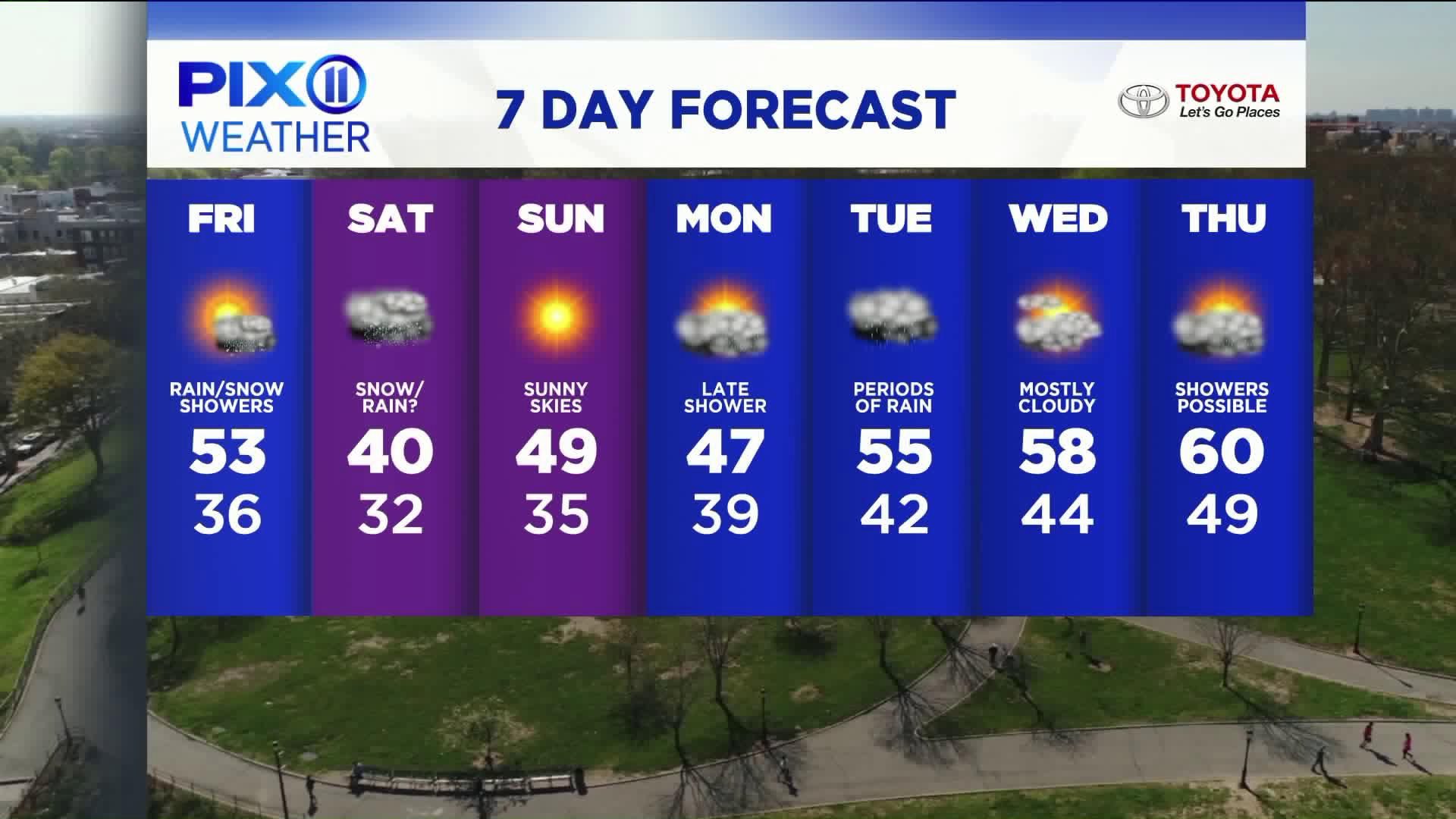 A cold front will cross the area bringing a potential of a wintry mix of snow and rain Saturday morning into the afternoon, forecasts show. A slushy coating or so is possible especially on non-paved surfaces north and west of the city.

NEW YORK — Don't put away those winter boots yet.

Snow is possible Saturday, forecasts from the National Weather Service show. It's unlikely the region will see accumulation as temperatures are expected to reach the mid 50s.

A cold front will cross the area bringing a potential of a wintry mix of snow and rain Saturday morning into the afternoon, forecasts show. A slushy coating or so is possible especially on non-paved surfaces north and west of the city.

Temperatures are then going to climb into the lower 50s through the afternoon and into the early evening before the trailing cold front slides through bringing showers back into the region at night.

While this looks promising for a drier Saturday, we are not ruling the fact that the forecast models could revert back to what they have previously showed. Based on how the snow storms were on March, Mother Nature pull another spring surprise for the region.

Temperatures will remain below normal, with lows at night in the 20s and 30s. Highs will mainly be in the 40s.

The accumulation won't reach what the region saw during Monday's storm, which brought the most snowfall New York City has seen in any April since 1982. About 5.5 inches accumulated in Central Park.

The latest that measurable snow has ever fallen in NYC was on April 25, 1875, according to the National Weather Service. Three inches of snow were measured in Central Park at the time, but the region has seen flurries as late as May.

Further down the road, another system will slide to the south Monday night into Tuesday. The good news is that the cold air seems to be lacking meaning that it looks mainly to be a rain event for the coast.

Towards the end of the week, temperatures should moderate and we may possibly reach 60 degrees by next Thursday.